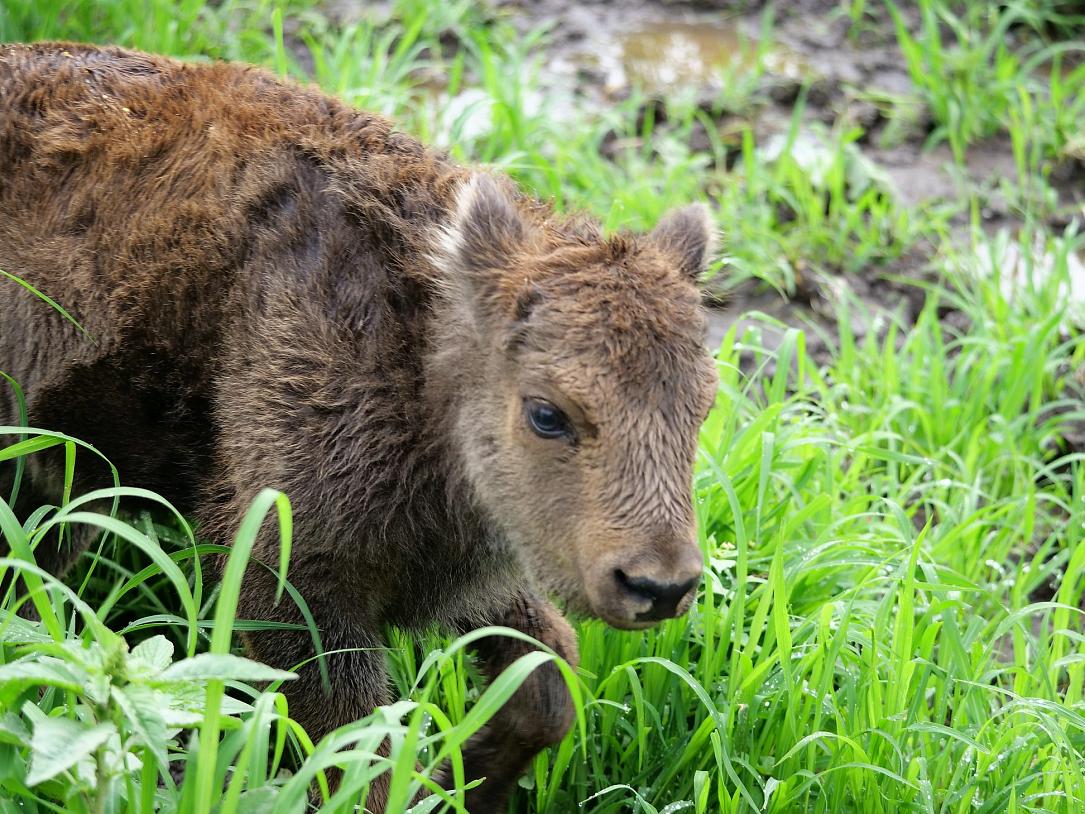 The eleven-day old baby bison is named Romică and is “the pride and joy of the protected area.” He is lovingly cared for by his mother, Spider Woman, and protected by all the members of the herd, Romsilva said.

The Bison Reserve in Haţeg was established in 1958, when two bison, called Podarec and Polonka, were brought to the country from Poland. The reserve spreads on 50 hectares, covered with hornbeam, oak, and fir tree forests, Romsilva explained.