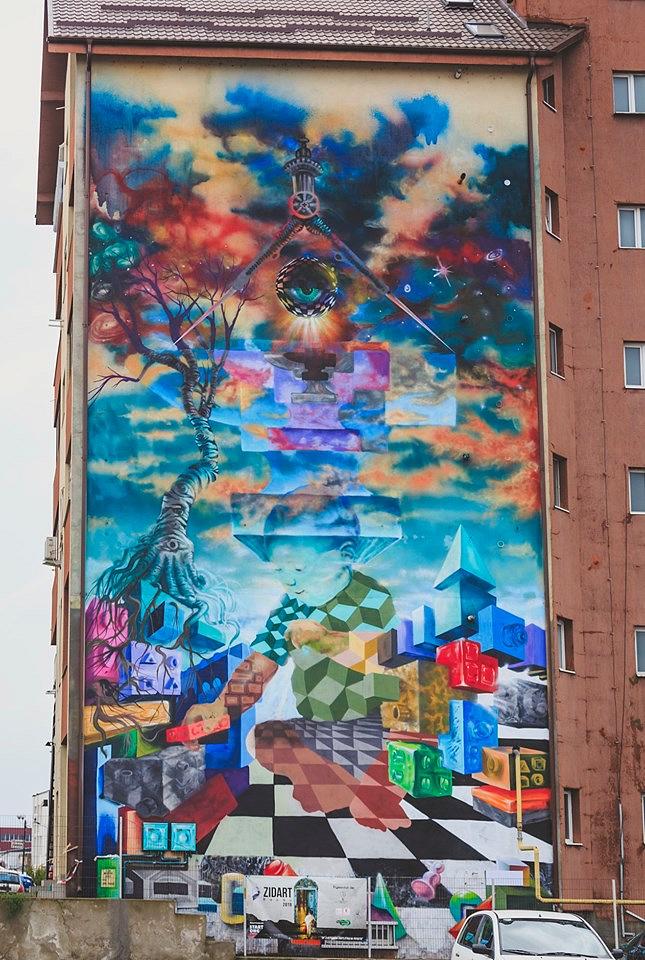 A 250-sqm mural created using a special anti-pollution paint that purifies the air was inaugurated in Bacau, a city in Eastern Romania, on September 27.

Called Intuitia (The Intuition), this is the first such mural in Romania. It was created as part of the ZidART project, an urban regeneration festival initiated by several non-governmental organizations that have proposed to address city residents through art, local Stiri.tvr.ro reported.

The mural was made using a special paint that transforms air pollutants into harmless nitrates and nitrites that are then washed by rain. It covers the facade of a five-storey block in Bacau.

In addition, Intuitia is also the first large mural painting in Romania dedicated to people with visual impairments and translated into Braille.