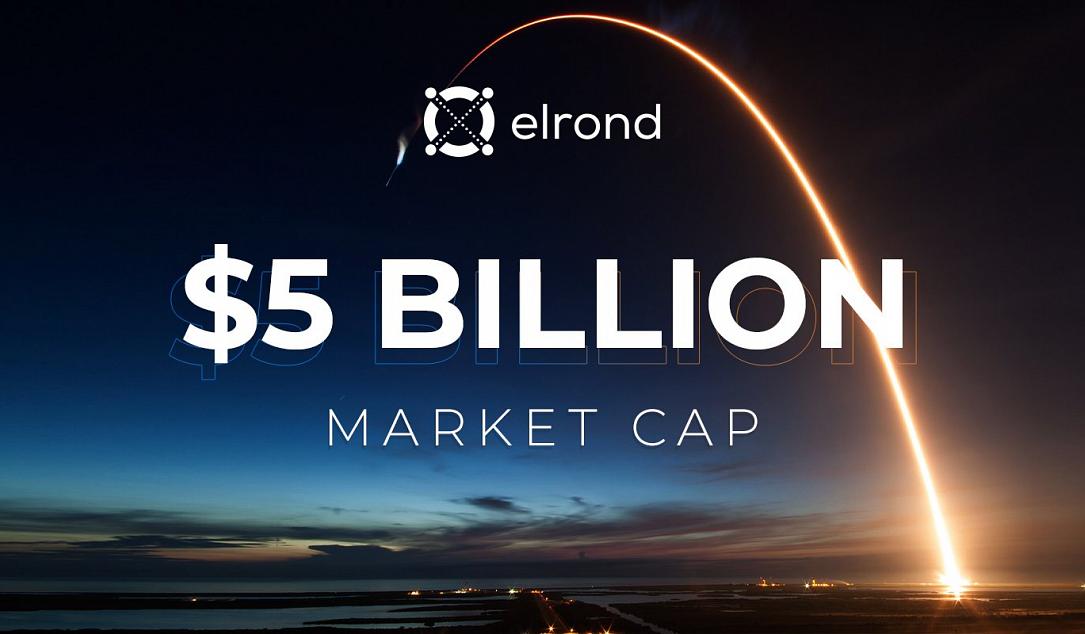 Elrond (EGLD), a fast-growing cryptocurrency that serves the blockchain with the same name, has reached a market capitalization of over USD 5.5 billion after its price almost doubled in the last week, climbing as high as USD 300.

On Wednesday, September 15, EGLD was trading at USD 273 and the total market capitalization was USD 5.3 bln, making it the 33rd most valuable cryptocurrency in the world, according to Coinmarketcap.com.

The strong price increase was supported by Elrond’s push into the United States. Starting Thursday, September 9, US citizens can buy EGLD via credit card directly from the network's Maiar app.

Elrond was created by Romanian Beniamin Mincu and his team of developers from Sibiu, who are looking to create a blockchain that is at the heart of a global, borderless and fully accessible digital economy.

Elrond launched its mainnet in July 2020 but the EGLD price exploded in January-February this year, just before the blockchain launched the Maiar app, which made it much easier to buy or transfer the native cryptocurrency.

In April, Elrond reached USD 240, after which the price dropped to USD 60 in June, and then started a new rally as the crypto market recovered.

Elrond is also working on launching its own decentralized exchange – Maiar Exchange.