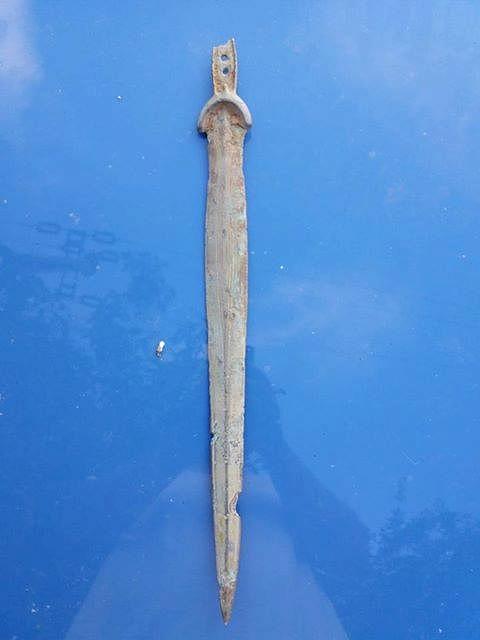 A sword that is over 3,000 years old has been discovered at a gravel pit in Buzău, in eastern Romania.

A worker discovered the sword, which dates to the late Bronze Age, on the conveyor belt at the site, Stiri.tvr.ro reported.

This is one of the most important archeological discoveries made in Buzău in the past years.

The bronze sword is half a meter long and was made in a mold, specialists say. The spots on its surface come from the contact with iron objects. The lack of handle shows that this was made from a perishable material.

The archaeologists say that the sword probably belonged to a nobleman and don’t exclude the possibility of it having been buried close to its owner.

The artifact is now undergoing conservation at the Buzău County Museum to prevent its deterioration. Afterwards, it will go on display alongside other items dating from the same age in the museum’s collection.

The museum will also offer a reward to the worker who discovered the sword.