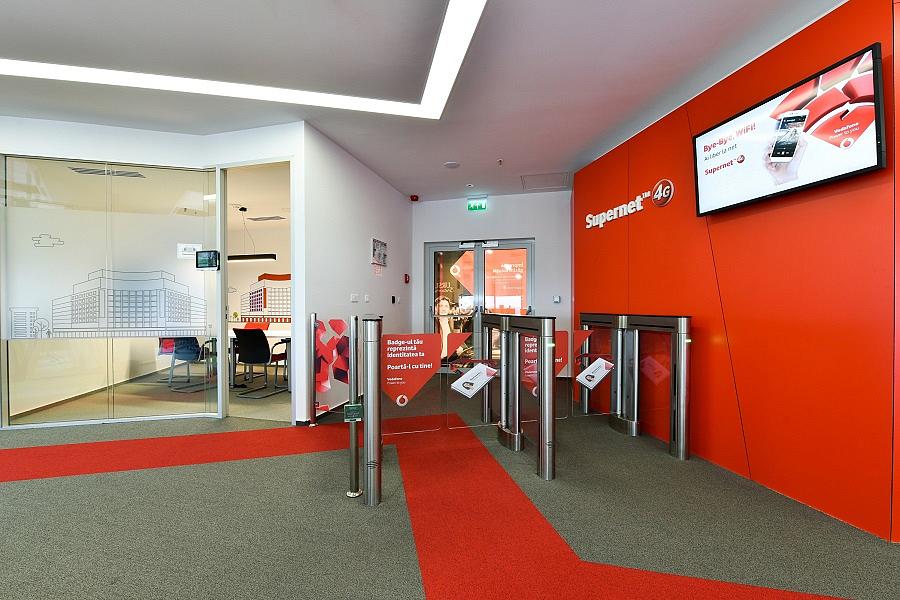 The new Vodafone headquarters are just across the street (Barbu Vacarescu Boulevard) from competitor Orange Romania’s offices. In early 2015, Orange moved most of its employees in Bucharest to the new Green Court office project developed by Swedish group Skanska and sold to Globalworth Real Estate Investment, the firm founded and managed by Papalekas. Orange has over 1,600 employees in that building.

Vodafone Romania relocated 2,300 employees in the Globalworth Tower starting May this year. These employees were previously scattered in three different offices.

Vodafone Romania now occupies an area of 17,800 sqm in the new office building, namely eight floors, mezzanine, and ground floor. The new headquarters were set up in four months and the actual relocation was done in one month.

Some 233 kilometers of cables and 37 tons of furniture were used in the setup which is based on the Vodafone City concept.

Globalworth Tower is a green building and covers a total leasable area of 54,000 sqm. It hosts tenants such as Chinese technology group Huawei, outsourcing services provider Wipro, and Romanian law firm NNDKP. The building is located near the Aviatorilor subway station and next to the Promenada Mall.