Romanian commended in UK for helping save woman’s life 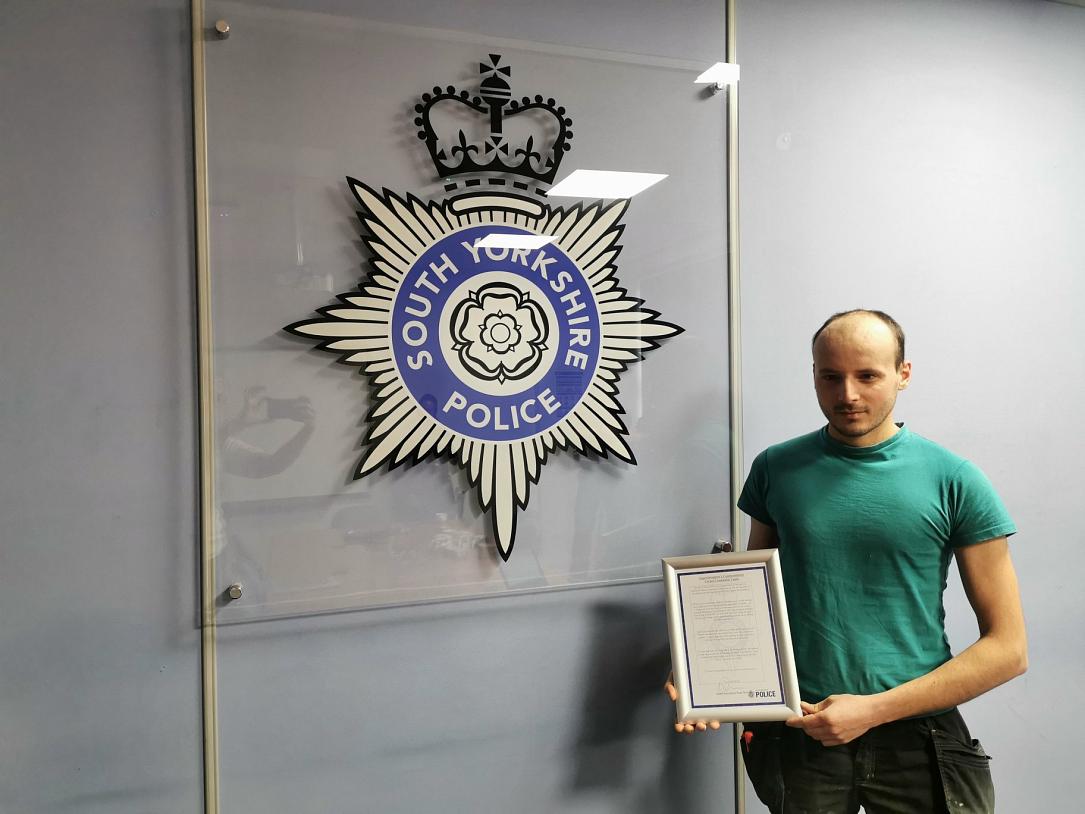 Paul Harrison, 38, and Romanian Vantu Constantin Cornel, 25, have been commended “for their actions and bravery” after saving a woman’s life in Sheffield.

They were presented a superintendent’s commendation for saving the life of a suicidal woman.

On June 9, the two saved a woman who was trying to commit suicide on the bridge of the Sheffield Parkway.

Upon arrival at the scene, Police officers found the woman “dangling off the edge, but being held by two members of the public, by her wrists. The woman was actively trying to escape their hold so she would fall, desperately wanting to end her life,” the South Yorkshire Police said.

“Firearms officers said it was clear that, upon arrival, the men were the only thing that had prevented the woman from going over the side and onto the road below,” superintendent Paul McCurry, who presented the award, said.