Superbrands, The Braves: an event dedicated to courage and excellence in branding (press release) 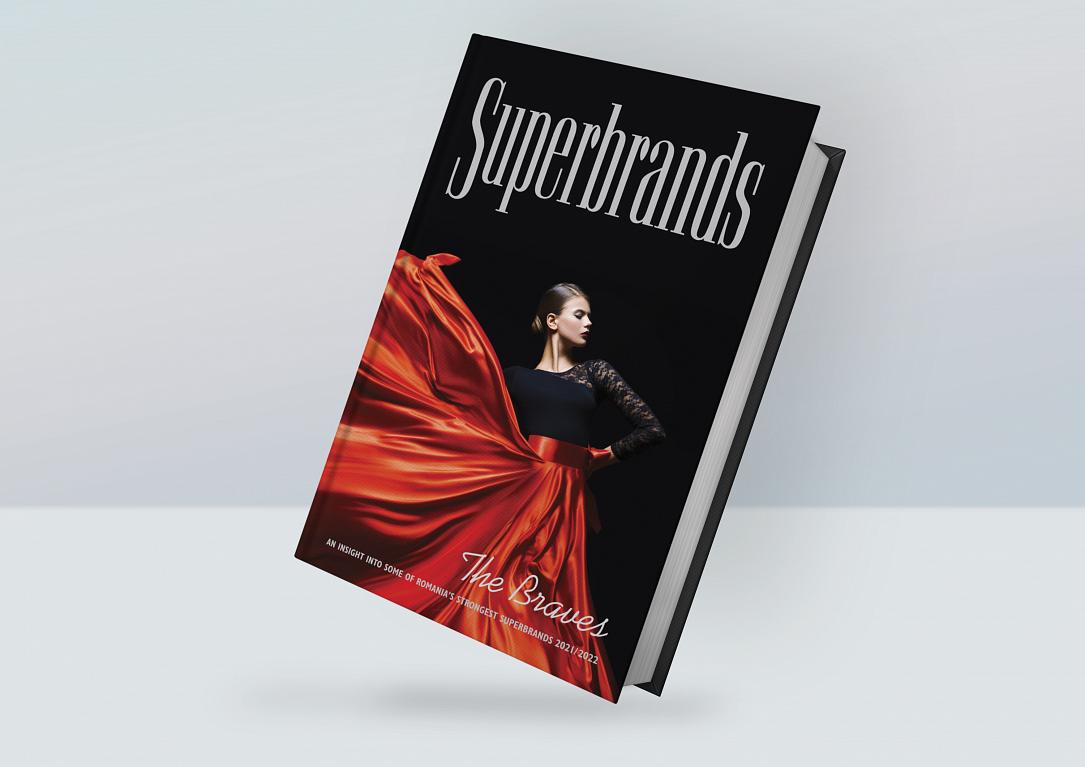 Courage, innovation, and performance: these attributes defined the 10th edition of the Superbrands programme for Romania, implemented on the local market by BDR Associates, a strategic communication agency. The current edition ended with the Superbrand trophy awarding ceremony and the official release of Volume 10 of the Superbrands book for Romania. The special event brought recognition for some elite brands among those that were awarded Superbrands status in 2021, following the vote of the members of the Superbrands Board of Honour and the market research conducted by Ipsos on a representative sample of consumers.

The effort to maintain the same high-quality standards, the passion for innovation, the ambition to progress in the consumers’ preferences, and the differentiation on the market were the main criteria for awarding the Superbrand status to some powerful brands during the pandemic. These include the 25 brands invited to tell their story in volume 10 of the Superbrands book and awarded trophies at the Gala on the 9th of March: Allianz-Țiriac, Avocatnet.ro, Bonduelle, Borsec, BMI Bramac, Catena, DHL, Electric Castle, Europa FM, Fashion Days, Garanti BBVA, Gerovital, IQOS, Medlife, Mobexpert, Olympus, Oral-B, Orange, Profi, Rompetrol, Scotch-Brite, Tymbark, Untdelemn de la Bunica, Vaillant, Visa.

Artmark, Art Safari, Marmorosch Hotel, Nordis Hotels, TIFF are the brands from various industries, positioned on the market through their excellent reputation built in 2021, which came to the stage to get the honorary Superbrands diplomas. These brands that caught the attention of the current edition of the Superbrands Romania programme describe their outstanding ascent in the Guest Brands category.

“The “The Braves” attribute awarded to the brands honoured in this edition was inspired by their courage to reinvent themselves during a difficult but challenging economic period shaped by the restrictions imposed by the recent pandemic. Today, the idea of courage is stronger than ever, and it takes new shapes, and there are just not enough words to define it. We bring together courage, respect, and solidarity, to make the motto of the times we are now living. The period to come will be even more challenging for Romania’s elite brands, because they will have to continue to reinvent themselves, in a business environment heavily influenced by unpredictable economic factors, but also by a hostile geopolitical context. It is our strong belief, however, that values will come out on top. Be brave!”, says Cătălina Rousseau, Country Manager Superbrands România/CEO BDR Associates.

The Superbrands The Braves event included three moments of Honorary Recognition dedicated to personalities and institutions which, throughout time, proposed values and principles and, with courage and commitment, contributed to developing some fields of business or strengthening Romania’s image.

The following were invited to the podium:

Anca Harasim, AmCham executive manager for more than 20 years, currently management consultant, was awarded the Superbrands honorary trophy, and was designated as the most admired business personality in Romania in 2021. The laudatio was read by reputed journalist Raluca Michailov, Owner, Forbes Romania.

Asociația Casa Majestății Sale (Her Majesty’s House Association) enjoyed honorary recognition for their dedication in supporting the country’s heritage, cultural and moral values. The institution was represented on stage by Felicia Duță, manager, and the laudatio was given by reputed TV journalist Dana Deac.

The iconic Madam Irina-Margareta Nistor, film interpreter, was honoured for her personal contribution to the preservation of some of Romania’s cultural values, and the laudatio speech was given by famous actress Daniela Nane.

The event ended with a sensitive moment of admiration, emotion, and respect dedicated to Ukraine and the courage of the Ukrainian people.

The closing session of the 10th edition of the Superbrands programme for Romania took place at Marmorosch Bucharest hotel, attended by numerous representatives of the business environment, personalities representing the cultural environment or creative industries, opinion leaders in other fields. The hosts of the evening were Laura Dragomir, journalist and communication consultant, and Colin Lovering, president of the Romanian-British Chamber of Commerce.

Through the powerful brands participating in each of the programmes, the Superbrands book for Romania is an exceptional tool for promoting the potential of the Romanian market, and it can be seen as an image bearer for Romania.

About Superbrands International: Superbrands is an independent international organization operating in 90 countries around the world and has been proactively stimulating the development of local markets for over 27 years through specialized branding programs and the publication of over 550 volumes of "Superbrands" that honor the cultural reputation of brands as well as the communications industry in each country.