Op-Ed: These are the real stakes of running an English - language media business in a country like Romania 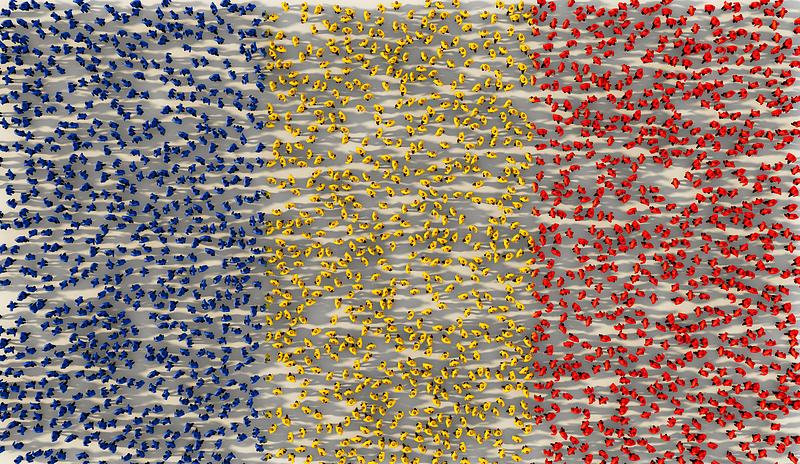 Freedom. There you have it. An answer in the first sentence. But do read on to understand how a small, niche English online newspaper from Romania makes an impact and what that means to the world.

Almost 10 years ago when we started Romania-Insider.com, we didn’t fully realize its power.  We wanted to write for the foreigners who lived in Romania - which is in itself a powerful, even if small, niche: they are CEOs of large companies, they move things, make policies, manage hundreds of thousands of people, control industry segments. They are investors in foreign-owned businesses (our own business is partially foreign-owned; two out of our three shareholders are foreigners). These people read us, sometimes from even before being officially named CEOs in Romania.

But something happened in time, and it taught us the real value of what we’re doing day in and day out.  Romanians from abroad started to read us; we have a large readership based in the US, for example. Why would they read us, we asked ourselves? Don’t they know Romanian and can they not read Romanian media? They can and they do; but they prefer to check Romania-Insider.com as well because we are impartial, we’re not paid to write against something or to advertise for something inside editorial stories, we’re not influenced politically, we tackle the big and the small stories, we filter out the lies from the truth.

Then foreign journalists from large newspapers started to read us, and quote us: Euronews, the Guardian, Wall Street Journal, Huffington Post, Spiegel Online, BBC, just to name a few.  For them, the language barrier is obvious, although nowadays with Google translate you can pretty much understand everything. Everything but the context and the meanings.

We make sure the world gets the truth of what really happens in Romania. This year alone, 2.1 million people read Romania-Insider.com and they will be over 3 million at the end of the year. It will be 1 million people more than in 2018, who find out about Romania from a reliable source. And we want - and we will - be at 1 million people a month who read about Romania.

Our public mission became even more obvious when in Romania we had mass protests and it was hard to figure out from abroad what’s true and what’s media intoxication; what’s the meaning of what happens and what are the reactions; which Romanian media is to be trusted, including new, independent media outlets that are fighting for the good.

We have four journalists in our team and each of them has over 10 years of media experience. People don’t stay in the media field that much anymore, after a few years they tend to choose PR and marketing, so young journalists in newsrooms everywhere are more prone to being influenced.  With us, freedom of speech is a reality. We follow the ethical rules of journalism - even if this means sometimes funding this media business gets tougher - selling articles for PR is lucrative for the media business but never an option for us, as per our rules (all our paid advertising is always marked and journalists choose what to write without any influence from partners, contracts etc).

Why I am explaining all these? Because now, more than ever, when we live in the so-called Post Truth Era, when real and fake tend to overlap so often in social media and even in classic media outlets, it’s so important that someone really stays at the gates and filters out the messages with respect for truth. The world needs to know the realities of Romania with its good and its bad, and this is our mission: to inform correctly and unbiased from Romania to the whole world in an easy to understand way, while running a sustainable media business based on ethical principles.

And then there’s the positive model effect. Many good things are happening in Romania - and we do write about them too. Not only that we write, but we decided to award them, so this is how the Romania Insider Awards project was born.

Why is this important?  Everybody gives awards these days, no?  Everybody wants to make money from events as the media business itself is not profitable. Well, these awards are for real (you cannot imagine the sheer complexity of our selection and judging procedures, the NDAs we have people sign, how we anonymize nominations to ensure a fair judging and keep the results a surprise until the Gala…); you cannot pay to get an award from us, sponsors - without whom, yes, this would not be possible - have no say in who wins.

Now at our second edition, we discover so many people and businesses that deserve recognition not only in Romania, but everywhere in the world. A good project from Romania can become a model internationally - many of them do - and this will help improve the entire super connected world we live in.

There was one message which impressed me. This is one of the nominees says - a small company which does business in the rural area in Romania:

“We were nominated for an award for rural development and it came as a big surprise, as we never thought about it that way! Now, we believe that our story deserves to be shared, and can be a source of inspiration for the many, not only for the rich and powerful!”

How do we keep this ecosystem going? How do we keep on publishing a travel book on Romania that reaches people everywhere in the world and is read by diplomats, CEOs, investors, travelers alike - in a time when very few still want to support print? How do we keep on running Romania-Insider.com and sending our Romania Press Review bulletins in English to subscribers who want us to filter out the noise for them? And how do we do our large - scale and small - scale events that focus on a positive Romania?

It’s not an easy business (they never are, you’ll say), but we keep on doing it just because we understand its impact and importance, and because very few (to none, I believe), would choose to do it like we do, if we didn’t. And it’s all possible because companies from many industries also understand the importance and choose to support us in different ways.

If you read this to the end - thank you! - and would like to support us in some way, then write me at corina@romania-insider.com. Together, we will know we make an impact.

PS: In case you need numbers and project descriptions to go with all this, you can find us at: