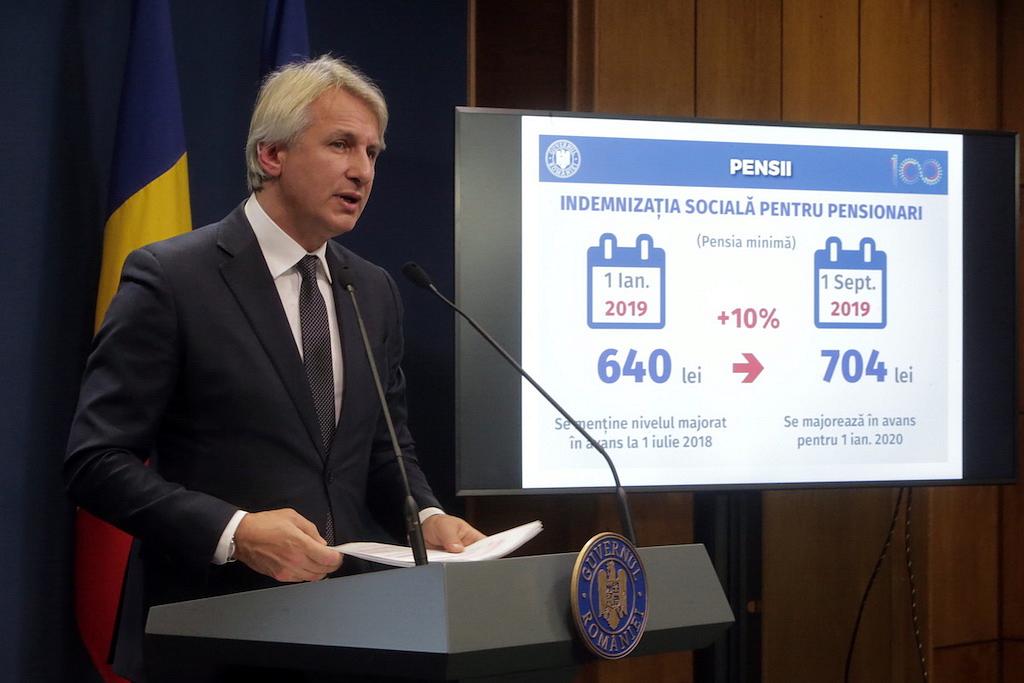 The future solidarity tax that the ruling Social Democratic Party (PSD) wants to introduce will apply to all high pensions in Romania, not just to the special pensions but to some categories of former state employees, finance minister Eugen Teodorovici said on Tuesday, July 16, Hotnews.ro reported.

The tax will thus apply to all pensions above a certain threshold, which hasn’t been established yet. In addition to the threshold above which pensions will be taxed, the Government also needs to establish the level of the solidarity tax.

The finance minister initially said on July 15, after his party’s Executive Committee meeting that special pensions over RON 10,000 (EUR 2,100) would be taxed.

Former military, police officers and magistrates in Romania are among the categories who get special pensions. The category of state employees that get such pensions has been expanded recently to also include mayors and other local administration officials.