Sanziene, the midsummer celebration in Romania: traditions and superstitions 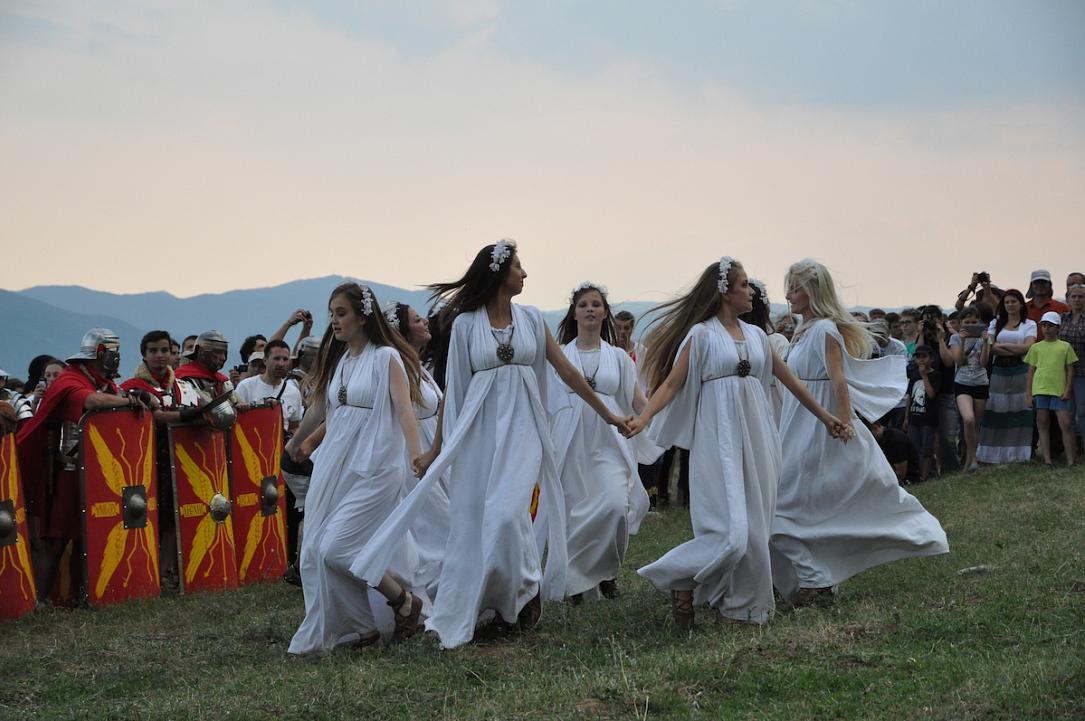 Romania celebrates the Sanziene (also known as Dragaica) today, June 24, a pagan tradition that coincides with the Orthodox holiday of the birth of St. Ioan Botezatorul (St. John the Baptist). Also, June 24 marks the middle of summer and celebrates nature and fecundity.

But today is also the Universal Day of the Romanian Blouse – Ia, a celebration set in 2013 and currently marked by Romanian communities all around the world.

Under the popular belief, Sanzienele are very beautiful girls who live in the forests or fields unexplored by people. They float in the air or walk on the ground on the night of June 23 to June 24, dancing and singing. The skies open on this magical night and miracles can happen.

Romanian ethnologist Marcel Lutic explained for local publication Mediafax that Sanzienele “are considered to be the fairies of the field, giving special powers to the flowers and the weeds, which are turned into medicinal herbs around the June 24 celebration. It is not a coincidence that all the plants stop growing after the day of Sanziene.”

Unlike Rusalii (the Pentecost), which are bad fantasy beings, Sanzienele are believed to be good fairies. However, they can turn into bad forces if this day is not respected, and they can start storms and bring hail, leaving the field without crops and the flowers without cure. June 24 is a day of rest, and no one should do any kind of physical work on this day.

According to the folk belief, the heavens open on the Sanziene Eve night, and the Sanziene start to dance and sing. The night is magical, the world beyond coming into contact with this world. To scare away the evil spirits, people light big fires in some parts of Romania and, in some villages, they even walk around the house and the fields with lit torches.

Also, during the night before Sanziene, women make wreaths with the same flowers, and place them under their pillows to dream of their future husband.

Fairs are also usually organized on this day, in several regions of Romania. In the past, this was a good opportunity for young men and women to meet, hoping to get married. Some of the most famous fairs of this kind were usually organized in Buzau, Focsani, Campulung Muscel, Buda, in Vrancea county, Ipatesti, Olt county, Pitesti, Crabunesti, Olt county and Brosteni, Mehedinti county. The most well-known fair is the Girls’ Fair on Gaina Mountain.