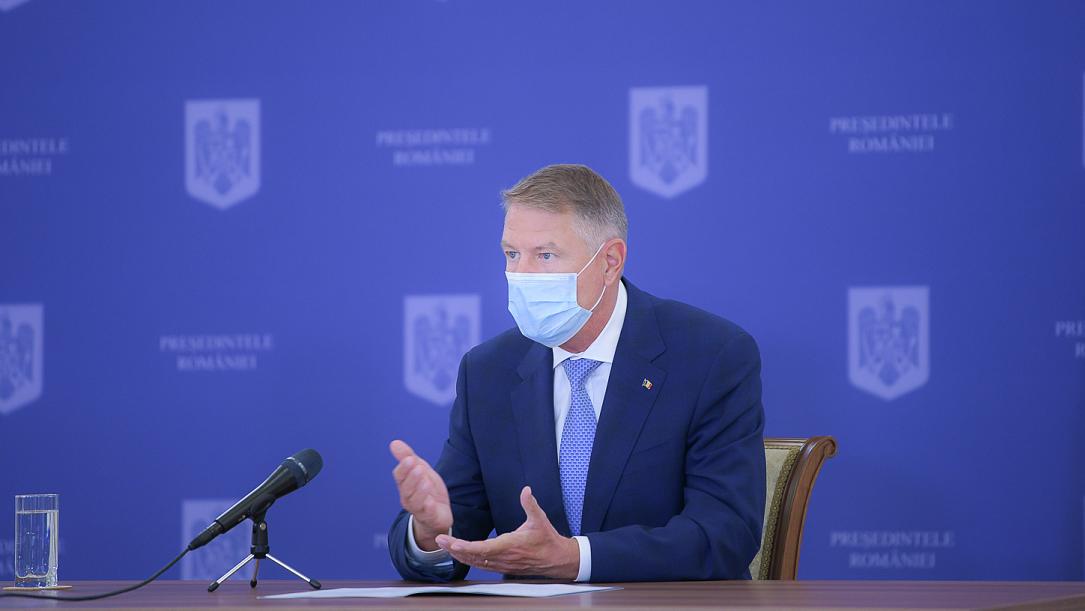 The new school year will start in Romania on September 14, and most students will likely go to class, president Klaus Iohannis announced on Wednesday evening, August 5, after talks with Government members.

However, based on the COVID-19 pandemic evolution, the local authorities will have the power to decide on closing schools in localities that record-high numbers of new infection cases.

"To take into account the impact of the pandemic in each school, three scenarios have been developed, depending on the number of patients in each locality. These criteria are generally valid not only for schools, but they will also be used to assess the pandemic's impact on schools," the president said.

For each school, the County Command for Emergency Situations will decide whether to go on the "green" scenario, which means that all students physically go to school, normal classes are held; the "yellow" scenario, the second, medium-risk scenario, which means that some of the activities are held in school, and some are held online; or scenario three - "red", when no one goes to school, and everything takes place online.