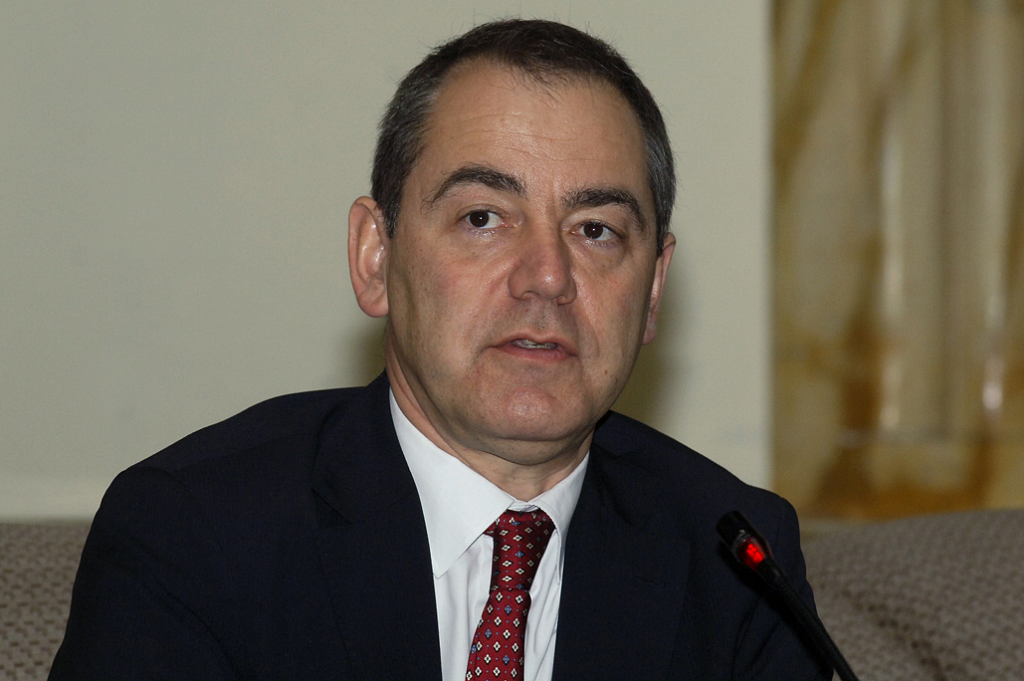 The scandal at the Bucharest National Opera moved to the Government last week, after Prime Minister Dacian Ciolos asked culture minister Vlad Alexandrescu to resign for failing to handle the situation.

After a few tense days, Ciolos sent President Klaus Iohannis his official proposals to dismiss Alexandrescu and appoint Corina Suteu for this position. Suteu has been a state secretary in the Ministry of Culture in the past three months. She was previously a director of the Romanian Cultural Institute (ICR) in New York between 2006 and 2012.

Vlad Alexandrescu initially announced that he would step down from the Ministry of Culture, on Wednesday, April 27, but then changed his mind and said that the Prime Minister should keep him at the ministry’s helm to ensure that the culture reforms he started would continue.

However, PM Dacian Ciolos maintained his decision to dismiss Alexandrescu, especially after the former culture minister launched an attack on some of his colleagues in the cabinet, accusing them of trying to block his reforms in the culture sector.

"Through many of my decisions and actions, I’ve bothered various groups of interests. Some have been very visible, such as the interests around Rosia Montana or Cathedral Plaza in Bucharest. They brought direct intimidation attempts on me, I’ve been summoned at the Parliament and called by politicians to answer for my decision. When I stopped the demolition of the Nanu-Muscel house in Romana Square, I was even called by a colleague in the Government, who tried to intimidate me," Vlad Alexandrescu wrote in a letter to the Group for Social Dialogue, a local organization whose member he is.

He also added that his position against the plagiarized doctorate papers had also brought him cold adversity from several ministers whose names had also been involved in such scandals.

Although Alexandrescu later posted that the letter was not meant to be published, his explanation didn’t convince the Prime Minister. "It’s a pity that Mr. Alexandrescu decided to end things this way. It’s his choice. And if he has something to say, he should say it. I wonder why he hasn’t done it so far and why he hasn’t told me or signaled in Government meetings the situations he claims he faced," Ciolos wrote in a Facebook post on Saturday, after Alexandrescu’s letter became public.

On Tuesday, the Prime Minister explained why he decided to maintain his decision to dismiss Alexandrescu, despite the fact that the former minister was quite popular for his courageous decisions.

"The way a minister operates and reacts in a crisis situation such as the one at the Bucharest Opera is decisive for his capacity and credibility to manage his field and later solve similar situation in a professional environment," Ciolos wrote on Facebook.

The Culture Ministry has changed three managers at the Bucharest National Opera in the past month and hasn’t managed to settle the conflict between the Opera’s ballet company, led by Danish choreographer Johan Kobborg, and the institution’s other employees, led by Romanian conductor Tiberiu Soare.

Last week, President Klaus Iohannis harshly criticized the culture minister for his poor management of the situation at the Opera. "What happened at the Opera is a counterexample of a ministry’s involvement. I think there have been few imaginable mistakes that the Culture Ministry hasn’t made in this matter," Iohannis said.

Despite his unfortunate decisions in the Opera scandal, Alexandrescu also managed to take some other important measures. One of them was the decision to declare Rosia Montana a class A historic monument, which halted the gold mining project in the area. He also had the initiative to start a public campaign to raise some of the money necessary for the state to buy a famous sculpture by Constantin Brancusi. Alexandrescu also wanted to set up a fund for patrimony, to allow the restoration of decaying historic monuments.

Prime Minister Dacian Ciolos thanked Alexandrescu for his initiatives and said the reforms would continue under Corina Suteu, a member of the former minister’s team. He added that the new minister should come up with legislative proposals that would help solve the problems at the Opera.