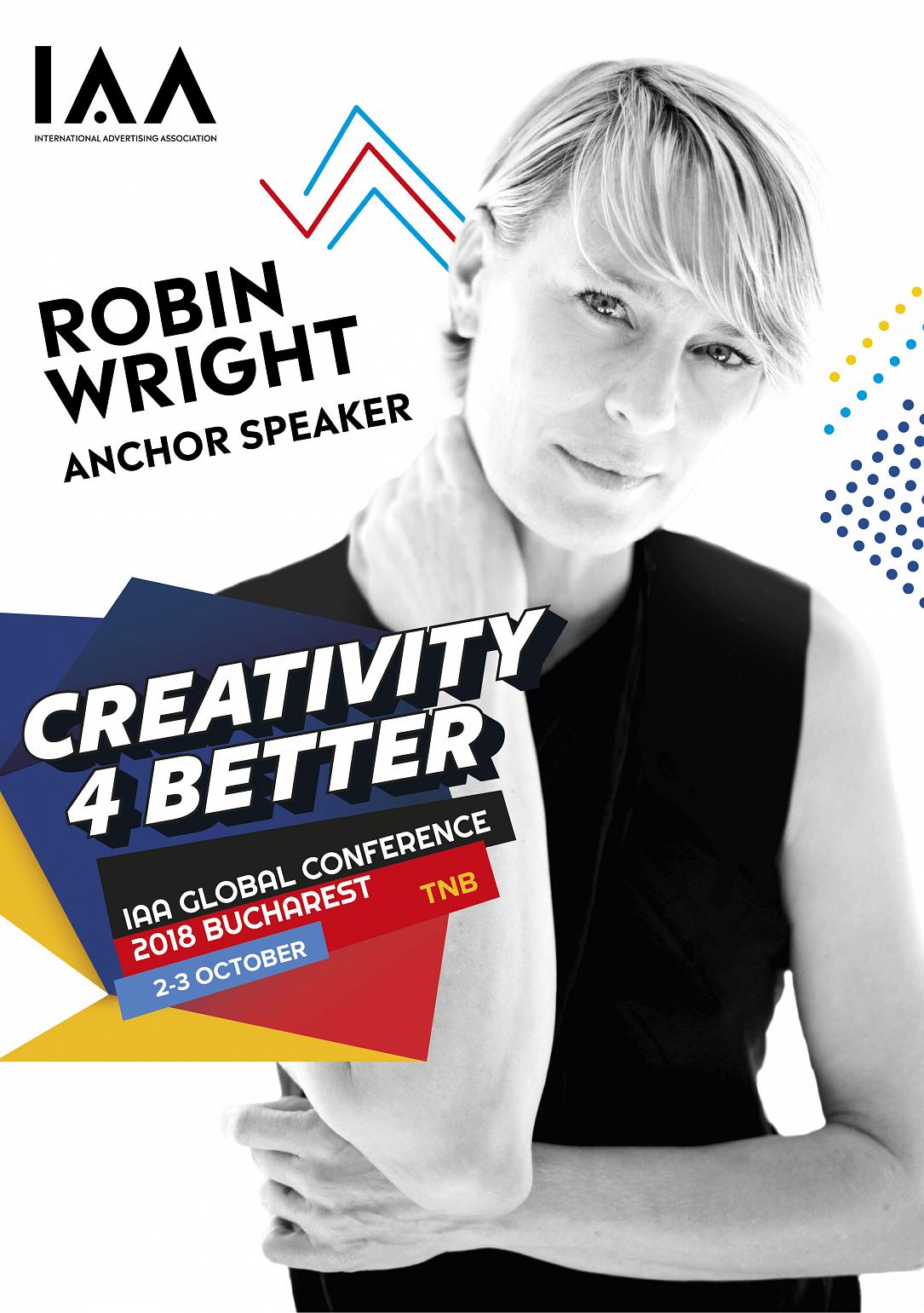 Actress Robin Wright, more recently known for playing Claire Underwood in the Netflix series House of Cards, will come to Romania to speak at the International Advertising Association (IAA) conference.

The second edition of the IAA Global Conference, titled Creativity 4 Better, takes place on October 2 and 3 at the National Theater (TNB) in Bucharest.

Besides Wright, 25 other speakers will go on stage at the conference. More on them here.

Most popular TV series among Romanians