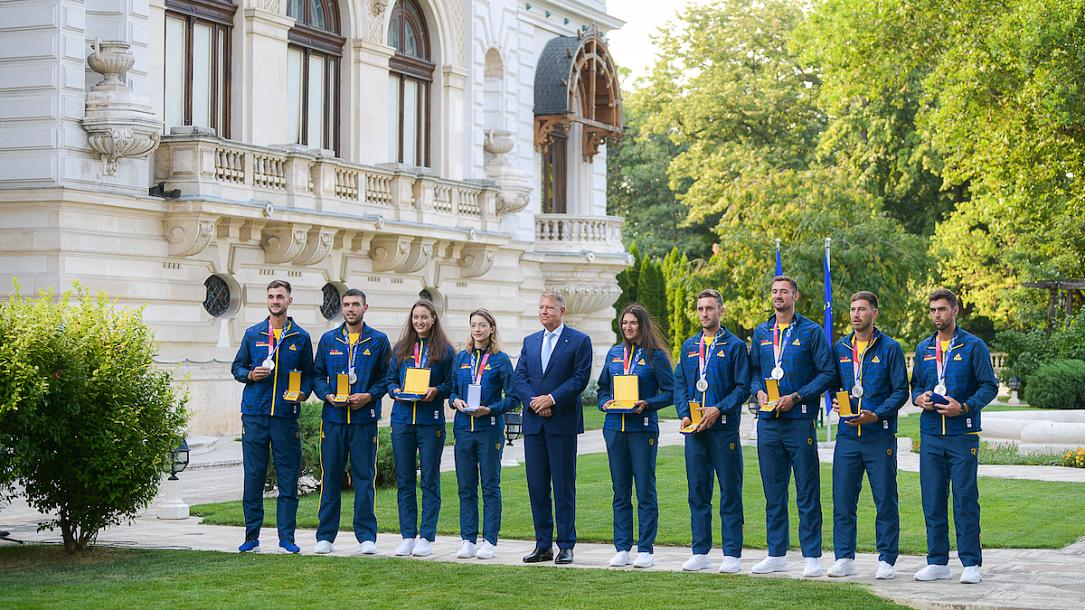 President Klaus Iohannis awarded state decorations to the nine Romanian athletes who won medals at the Tokyo Olympics this summer. The awarding ceremony took place at the Cotroceni Palace in Bucharest on Wednesday, August 18.

Fencer Ana Maria Popescu, a silver medalist in women's epee, was awarded the National Order "Faithful Service" with the rank of knight, while rowers Nicoleta Ancuta Bodnar and Simona Geanina Radis, gold medalists in women's double sculls, received the Order "The Sportive Merit" Class I, according to G4media.ro.

"I'm grateful for this opportunity to meet you and, at the same time, to recognize, on behalf of the Romanian state, the extraordinary performances obtained at the Tokyo Olympic Games. You managed to climb the podium at the most important competition in the world, and you represented Romania with honour," president Klaus Iohannis said at the awarding ceremony.

Romania will also participate in the Tokyo Paralympic Games set to start next week. Seven Romanian athletes have qualified for the competition, and one of them is sports minister Eduard Novak, a road and track racing cyclist.

Romania has won so far four medals at previous editions of the Paralympic Games. Eduard Novak won three of them: gold and silver in London in 2012 and silver in Beijing in 2008. Alex Bologa won a bronze medal in 2016 in Rio in judo (60 kg category).