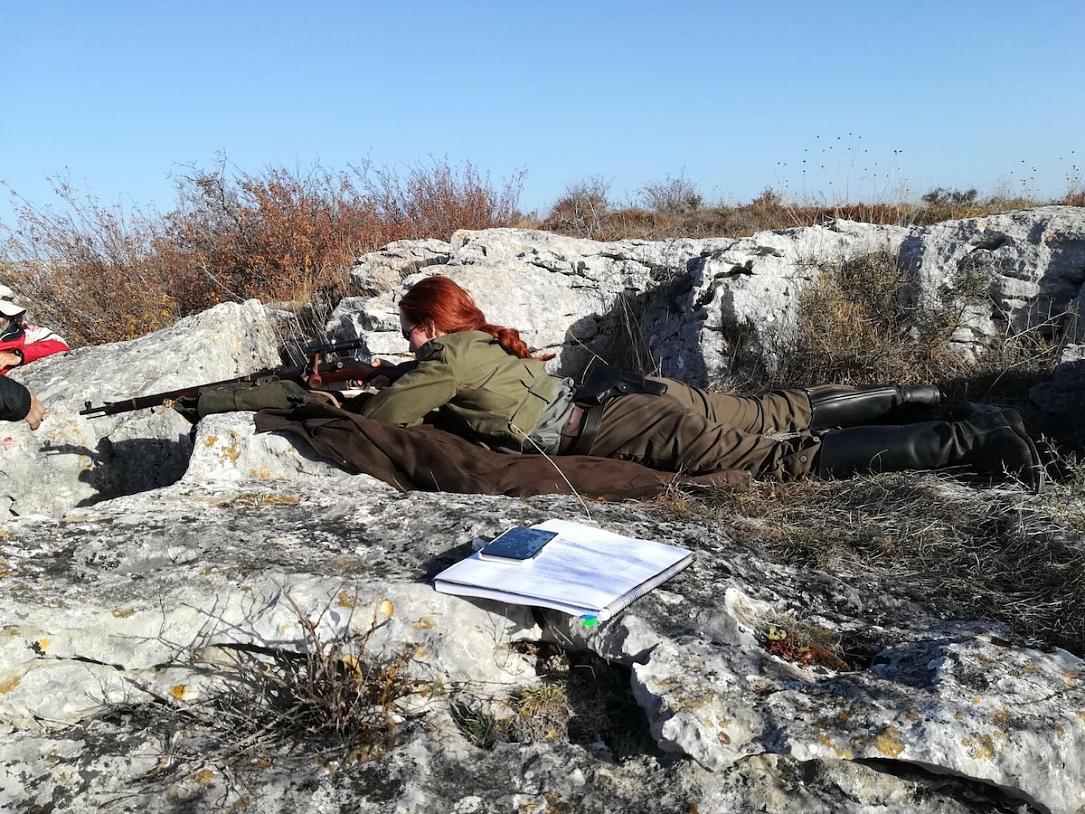 Romanian actress Olimpia Melinte plays the role of a professional assassin in Sordo/The (Silent) War directed by Alfonso Cortés-Cavanillas, which is set to premiere in Madrid on September 11.

The action of the film takes place in 1944, towards the end of the Second World War, and follows the story of a man who is left deaf after a powerful explosion and tries to hide in the forests of Cantabria to escape Franco's army. The cast includes some of the most popular Spanish actors of the moment, among them Asier Etxeandia, Aitor Luna, Hugo Silva, Marian Alvarez, and Ruth Diaz.

“My character, Darya Sergheievici Volkov, is a sniper and war criminal, hired by the Spanish army to hunt down Anselmo (Asier Etxeandia), the main character. She is from Ukraine, but she also fought for the Russian army,” Olimpia Melinte said.

For the Romanian actress, who in 2014 was nominated for the Best New Actress prize at the Goya Awards for her role in Cannibal (directed by Manuel Martin Cuenca), the return to Spain for the filming of Sordo gave her the opportunity to build a complex and difficult character who finds pleasure in torturing captured enemies. “The most difficult scene was the one where I had to torture one of the captured fugitives, played by Hugo Silva,” Melinte explained.

Sordo will be screened in cinemas in Spain starting September 13.

Olimpia Melinte was born in Iasi on November 7, 1986. She graduated from the "George Enescu" Faculty of Arts in Iasi, and debuted on the big screen in the 2009 film Cele care plutesc directed by Mircea Daneliuc, a role that brought her two nominations at the 2010 Gopo Awards. She then worked with director Luiza Parvu for the short film Draft, and in 2011 she was chosen from 250 actresses to play the role of Luminita in the Italian film Sette opere di misericordia directed by Massimiliano and Gianluca de Serio.

In the last five years, Olimpia Melinte has appeared in films such as Selfie (2014) and Selfie 69 (2016) directed by Cristina Iacob, Bucuresti NonStop (2015, directed by Dan Chisu), and Perfect Sanatos (2017, Anca Damian). She also appeared in several short films and is currently starring in local TV series Vlad broadcast by PRO TV.