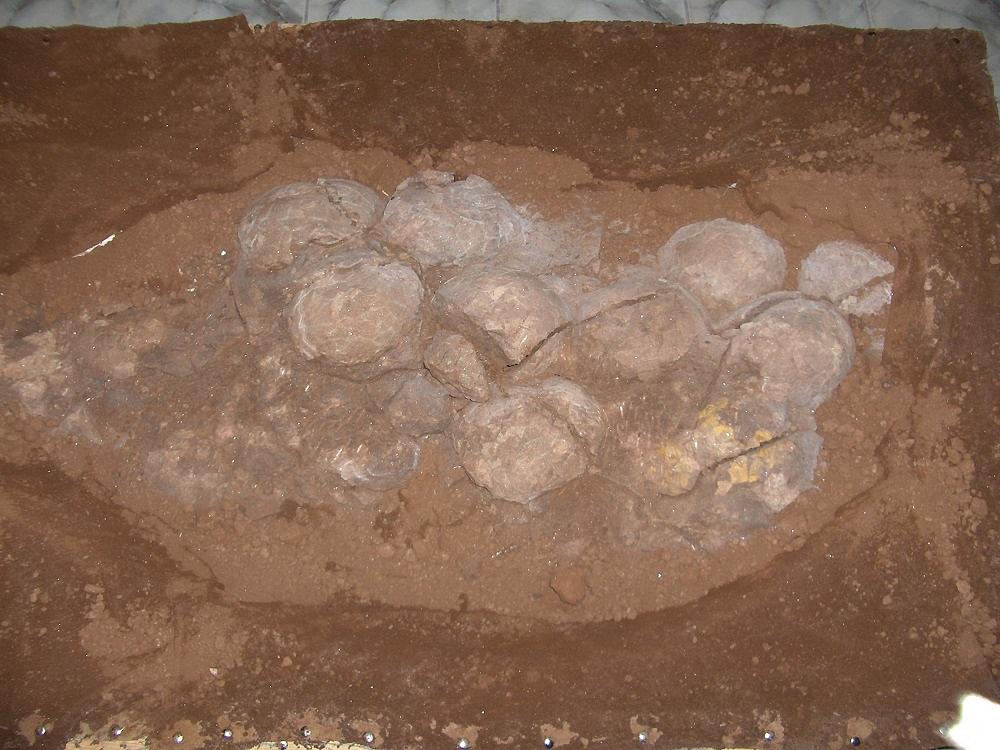 New nests with dinosaur eggs were discovered in Livezi and Boița, two localities in the Tara Hategului area in Romania. Research began three years ago and teams of students from the University of Bucharest, led by professor Zoltan Csiki-Sava and lecturer Ștefan Vasile, with the support and involvement of Romania’s dinosaur park Dino Parc Rasnov, are currently restoring the nests.

According to researches, the eggs found in these nests come most likely from the “duck-billed dinosaur” Telmatosaurus Transsylvanicus, a species of herbivorous dinosaur that lived in the area of Transylvania about 66-70 million years ago.

To mark these new discoveries, Dino Parc Rasnov will host starting August 15 an exhibition of real dinosaur egg nests and replicas of dinosaur nests with hatchlings. The exhibits that will go on display at the opening event were discovered and curated between 2015 and 2018, in the localities of Livezi and Boița.

Dino Parc Rasnov, the only dinosaur-themed park in Romania and the largest in Southeast Europe, is an open-air leisure area located close to the Rasnov Citadel, near Brasov. It features 100 exhibits, all life-size replicas of dinosaurs and prehistoric creatures, but also playgrounds for children, treehouses, 9D and 360° cinemas, an adventure trail, and several other interactive areas.