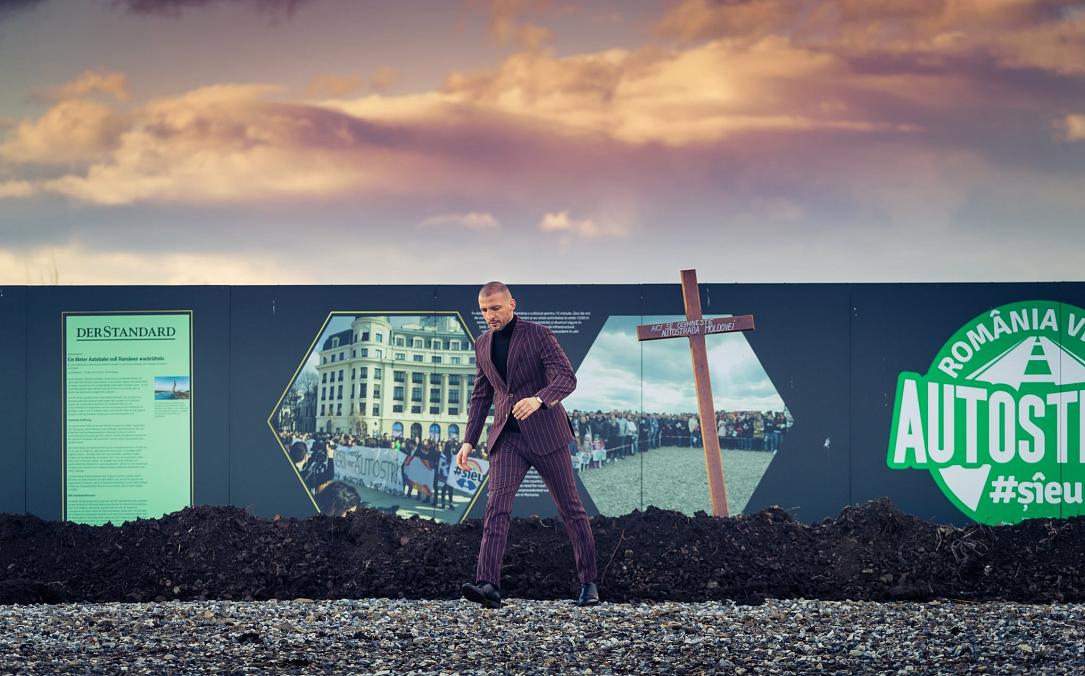 Entrepreneur Ștefan Mandachi announced he "buried" the one-meter highway he built in 2019 to protest the lack of modern road infrastructure in the region of Moldova, saying he cannot think of any more ways to pressure the authorities to do their duty.

"Today, March 15, 2021, I 'buried' the highway since I cannot find any more solutions or resuscitation means. I cannot come up with any more ideas to put pressure on the elected to do their duty," he explained in a Facebook post.

The highway segment was covered up, but a museum dedicated to the project remains open on site to anyone interested.

In the two years since the start of the protest, the region still doesn't have any highways, Mandachi explained. "As it happened in the past 31 years, it still takes seven hours to get from Suceava to Bucharest. Just as from Suceava to Cluj, the capital of Transylvania, the road is difficult, not one millimeter of highway. Absolutely nothing changed. It is terrible to drive, and the dangers are the same, maybe even greater (we have more cars)," he said.

Mandachi, who is the owner of the biggest Romanian fast-food chain – Spartan, inaugurated the highway on March 15, 2019. He also made a documentary about the country's road infrastructure. Titled 30 Years and 15 Minutes - 30/15, it is available for viewing here.