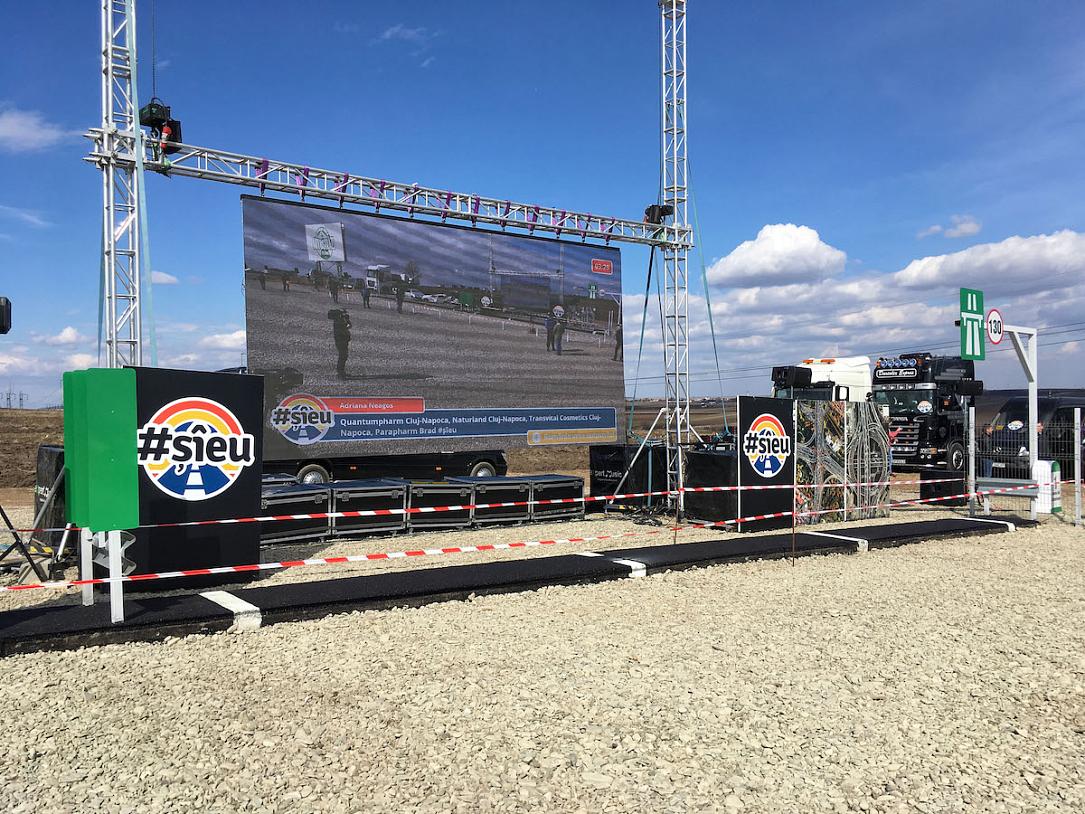 Romanian entrepreneur Stefan Mandachi inaugurated on Friday, March 15, at 15:00, the first meter of highway in the Moldova region, a symbolical gesture aimed at drawing attention to the lack of highways in this part of the country. About 1,000 people joined him on a field near Suceava, where the ceremony took place.

“I’ve never lived such a moment of solidarity. We have a unique chance to restart Romania,” Mandachi told the people, according to Hotnews.ro. “I want a highway, I want a united Romania,” he shouted, to which the crowd answered: "Șî eu" (#ȘîEu, which translates as Me too is the hashtag of the Romania wants highways movement).

Thousands of people across Romania also joined this unique protest and stopped work at 15:00 for 15 minutes. In many Romanian cities, people blocked traffic while in Bucharest, employees working for big corporations in the Pipera office district or in Victoriei Square also stopped work and got out in front of the office buildings to protest the lack of highways in the country, according to G4media.ro.

On the day of the event, president Klaus Iohannis also sent a message of support to the initiative. “About the protest that takes place today at 15:00, a protest for highways, I want the protesters to know that I am with them,” Iohannis said, ending his statement with the famous hashtag #ȘîEu. Dozens of mayors from all parties have also expressed support for the campaign over the last two weeks.

Meanwhile, on the same day, transport minister Razvan Cuc went to Bacau, to mark the start of works on the city’s belt motorway. The ruling party, the Social Democratic Party (PSD) said this would be the first segment of the highway connecting Moldova region to the capital Bucharest. “Moldova’s highway starts today,” PSD announced on Facebook. The project costs EUR 144 million.

PSD leader Liviu Dragnea went even further and attacked the initiator of the “Romania wants highways” movement, calling him a “circus performer led by a sloth,” suggesting that president Klaus Iohannis is behind the movement, according to G4Media.ro.

“Some wise guys, who make a big deal about one meter of highway, while at 12:00 real work started on the Moldova highway. They make circus. We make highways. They shout. We develop Romania,” Dragnea was quoted as saying. He also said that Mandachi would have better donated the money spent for this circus, some EUR 100,000 according to Dragnea, to an orphanage or some other cause.

Stefan Mandachi, who owns one of the biggest fast food chains in Romania – Spartan, said he only spent EUR 4,500 for his one meter of highway. He repeatedly claimed that he hasn’t done this for publicity but to draw attention to a real problem, the poor infrastructure in Romania, which is one of the main causes for the high number of people who lose their lives on the country’s roads (more than 2,000 each year).