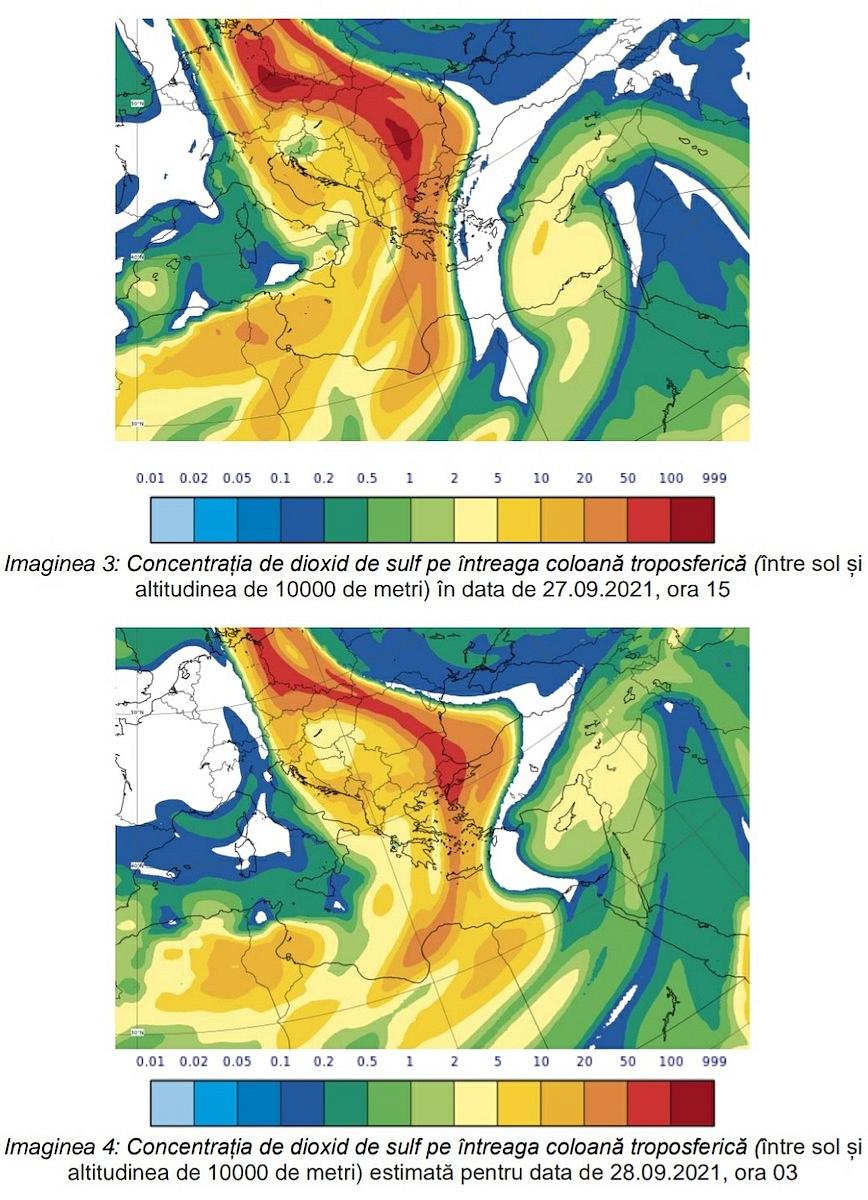 The volcanic ash cloud caused by the eruption of the Cumbre Vieja volcano on the island of La Palma, in the Canary Islands, reached Romania on Sunday, September 26 and will stay above the country until September 28, the Ministry of Environment announced.

The same source explained that the volcanic ash cloud is a mixture of water vapor, volcanic gas, and fine, solid particles of pulverized, solidified and cooled magma.

“Data received by the National Meteorological Administration RA, provided by the Copernicus EU Atmospheric Monitoring Service show that in recent days, in southern and western Europe, there were high values of sulfur dioxide concentrations on the entire air column (between the ground and the altitude of 10,000 meters),” the ministry said.

According to its announcement, the ash cloud reached the western part of Romania on September 26 and is predicted to move across the country, to the east, on Monday. According to Stiri.tvr.ro, the level of pollution is expected to increase, but the highest concentrations will not be at ground level but very high altitudes.

The Cumbre Vieja volcano erupted on September 19 for the first time since 1971, resulting in large lava flows and evacuations. According to BBC News, thousands of people have fled their homes, and hundreds of properties were destroyed after the eruption.