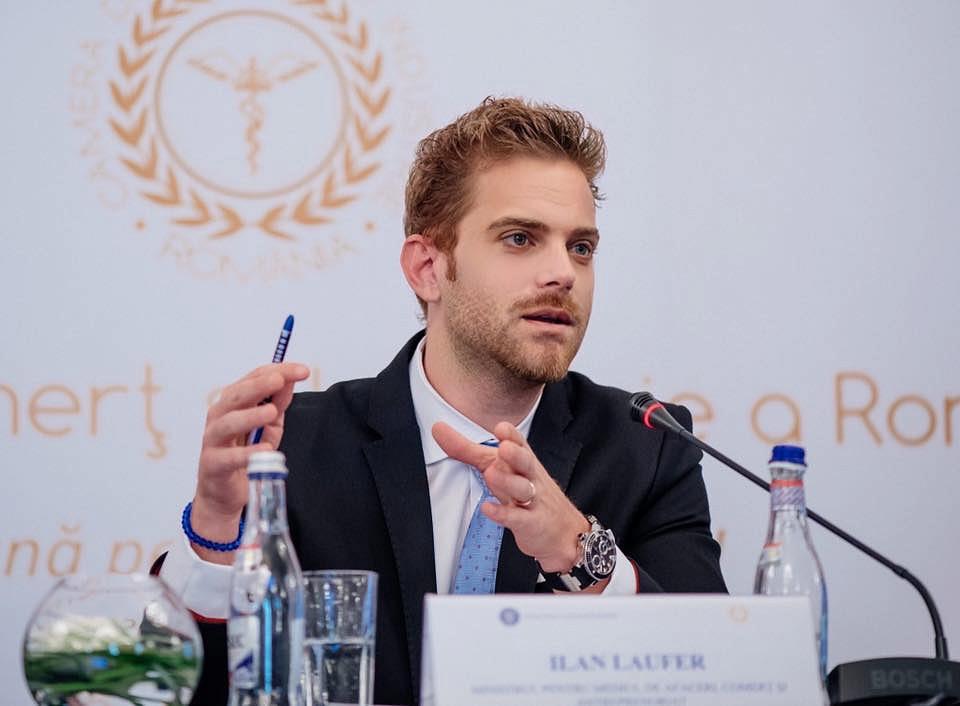 Ilan Laufer, a former minister for the business environment and the current president of the Social Liberal Platform (PSL), announced that he would run for the Bucharest mayor seat.

“I am running for the General City Hall of the Capital because I am tired of the current political class, of 30 years of lies, incompetence, and corruption. I want to offer a real, young, civilized alternative with an entrepreneurial vision that wants and is ready to change transparently, with you, the reality and the current political class,” Laufer said in a post on his Facebook page.

He added that, by the age of 37, he “completed more projects and created more jobs” than all his opponents combined, both in the public and private sectors.

“When I was minister for the business environment, trade and entrepreneurship, I created and implemented the most important and successful project in the history of Romanian entrepreneurship, "Start-Up Nation,” a project through which I helped create a new generation of entrepreneurs in Romania,” Laufer wrote in his message.

“Both Romania and Bucharest need patriots, people who truly love their country and are willing to fight for it unconditionally,” he added.

Ilan Laufer also said that he would present his vision for Bucharest and PSL’s list of candidates for the Capital’s districts in the coming period.

So far, the other candidates running for the Bucharest City Hall are current general mayor Gabriela Firea and the candidate of the Liberal Party (PNL) and Save Romania Union (USR), Nicusor Dan. Pro Romania, the political vehicle of former Social Democrat (PSD) leader Victor Ponta, is also likely to have its own candidates in the Bucharest local elections.