Going out options in Bucharest and the country this holiday season 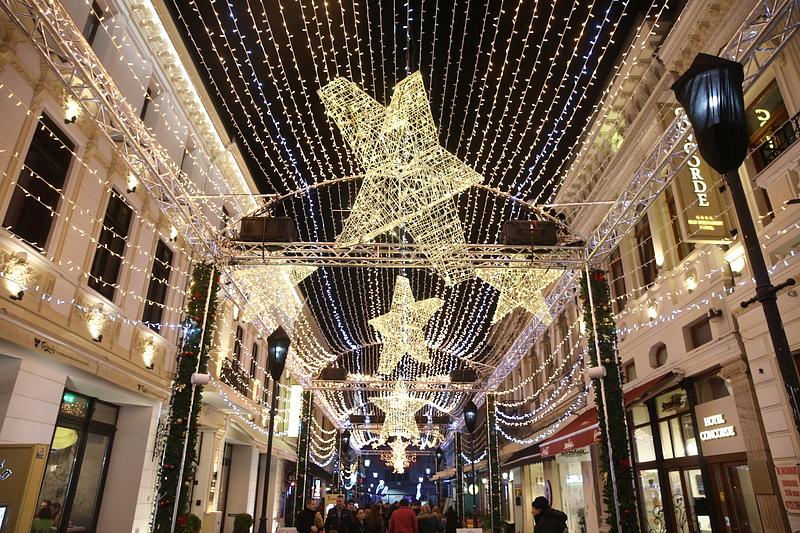 The second winter holiday season spent during the pandemic brings going out options slightly more varied than last year. Season concerts are listed on the agenda of many orchestras, the National Day parades can be held again, and Christmas markets are planned for a return in many cities, Bucharest included. We outline below some of the events announced so far.

Opera houses in the country have scheduled several holiday-themed performances. The Bucharest National Opera (ONB) hosts the performance called Alice in Christmas Land on November 29. It is Lajos Kristof’s adaptation of Alice in Wonderland, combining theater with video mapping projections to get the audience into the holiday spirit. The children artists from the Amias Art Academy are cast in the performance. Donations can be made at an accompanying painting exhibition. More details here. ___STEADY_PAYWALL___

Also in Bucharest, the National Radio Orchestra will deliver a Christmas Concert on December 22. The orchestra, conducted by József Horváth, will perform alongside the Radio Academic Choir, conducted by Ciprian Ţuţu, with soprano Mediana Vlad as soloist. Tickets go on sale five days before the concert.

In Cluj, the Romanian National Opera has several runs of the show Together for Christmas, presenting a repertoire of Romanian and international carols and well-known Christmas songs. Tenors Eusebiu Huțan and Cristian Mogoșan will take the stage, alongside baritones Florin Estefan and Cristian Hodrea, accompanied by musicians conducted by Ovidiu Lup. More details about the December performances here.

The State Philharmonic in Oradea is preparing a concert of carols on December 23, with conductor Flavius Filip. Until then, children can enjoy several performances of The Little Match Girl, inspired by Hans Christian Andersen’s tale, with music by Silvano Scaltritti. The concert features the Oradea State Philharmonic Choir and Woodwind Ensemble. Nora Țiu is the narrator, and Ilinca Țiu the little girl. Lorenzo Moroni is conducting, while Lászlóffy Zsolt conducts the choir. More details here.

The adventures of Clara, who befriends a nutcracker that comes to life on Christmas Eve and wages a battle against the evil Mouse King, return to local performance halls this holiday season. ONB has scheduled in December four performances of Tchaikovsky’s famous ballet that has been filling concert venues with children and adults alike for more than 100 years. The program is available here. In Sibiu, the city’s Ballet Theater runs several performances in early December, choreographed by Vasile Petruțiu. The program is available here. In Cluj-Napoca, the Romanian National Opera has three performances choreographed by Vasile Solomon. The program is here.

ONB has listed in its schedule a New Year’s concert on January 7, held in a partnership with Calea Victoriei Foundation. Sopranos Mădălina Barbu and Renata Vari, and tenor Alfredo Pascu will be the soloists, with Tiberiu Soare conducting.

In Sibiu, the New Year’s concert is set for December 31, at the Thalia Hall of the city’s State Philharmonic. The program covers a selection of music from films, the organizers said. Well-known works will receive a novel interpretation in cross-over harmonies of jazz, swing and classical. Jazz soloist Christiana Uikiza, pianist Horia Mihail, conductor Gian Luigi Zampieri, and the ICon Arts chamber music orchestra will take the stage, joined by dancers of the Sibiu Ballet Theater, choreographed by Aleisha Gardner.

Several cities in the country announced they would organize Christmas markets this year, after a 2020 that forced many to cancel the event. Access is based on the Covid-19 pass, and the venues are open at a scaled-back capacity to prevent crowding. One of the most visited in the country, the Sibiu Christmas Market, opens on October 26, with attractions such as the panoramic wheel, the skating rink and the video projections on the buildings in the city’s Grand Square. The Bucharest Christmas Market opens the same day in University Square, and access is ticket-based. In Oradea, the Christmas Market is open between December 3 and January 2 in Unirii Square, while in Timișoara it is open between December 1 and January 17 in Victoriei Square and Liberty Square.

In Bucharest, Neighborhood Market: Creative Christmas gift-hunting, a project of Cartierul Creativ/ Creative Quarter and The Institute, aims to encourage creative entrepreneurship and local designers and artists with a fair taking place at several venues, on a route between 104-106 Știrbei Vodă St (The Institute coffee show, now The Owl) and 12 Cristescu St. The event runs December 4 - 5 and December 11-12, with the public invited to visit more than 40 organizations and designers. More details here. At Arcub Gabroveni, the Urban Christmas Market, held between December 1 and December 24, offers the option of buying gifts made by small local producers. More details here.

Two Bucharest museums announced they would open for free on December 1. One is the National Museum of Art of Romania (MNAR). The public will be able to visit the European, Medieval and Modern Romanian Art galleries and five temporary exhibitions. They can also visit for free MNAR’s satellite museums: the Art Collections Museums, the K.H. Zambaccian Museum, the Theodor Pallady Museum, and all the other temporary exhibitions currently open at MNAR. More details here.

As the Covid-19 incidence rate has dropped over the past week, new rules were announced on December 19. It allows event organizers to hold performances, concerts, and festivals within a limit of 30% of the venue’s capacity but not more than 1,000 people. Mask wearing is mandatory, as is ensuring an area of 4 sqm per person. Sports competitions can take place indoors and outdoor, with the public filling up 30% of the venue’s capacity. The events marking the national day (December 1) can take place with at most 400 people in attendance in Bucharest, and at most 200 in county capitals.