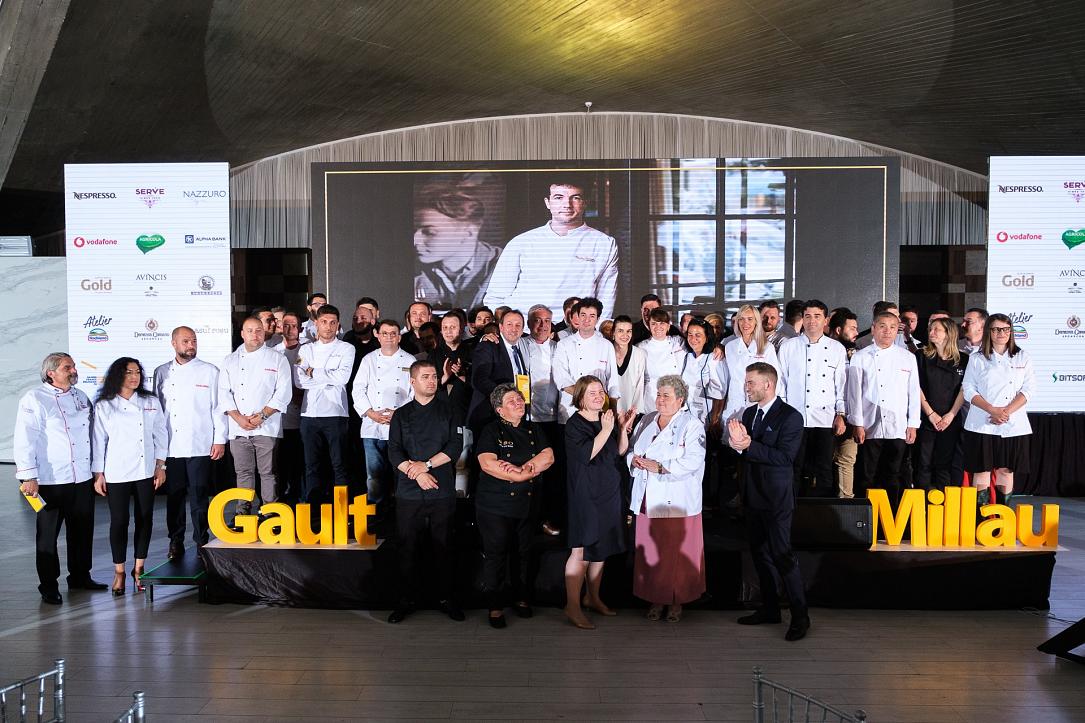 A total of 275 restaurants (183 restaurants and 92 POP venues) were selected in the 2019 local edition of the Gault&Millau restaurant guide, recently launched. The restaurants are located in 15 cities, and 154 venues are novelties compared to the 2018 edition.

At the same time, chef Alexandru Dumitru, working at the Bistro Ateneu restaurant in Bucharest, received the Chef of the Year title from the publication, having gathered a total of 15.5 points and 3 chef hats, the maximum score in the guide’s local edition.

Four restaurants in the country received a score of 15 points and 3 chef hats. They are: Baracca (in Cluj-Napoca), Fragment (Cluj-Napoca), KAIAMO (Bucharest) and the ARTIST (Bucharest).

Oana Irina Coantă with Bistro de l'Arte was named the Woman Chef of the Year, having received 12.5 points and 1 chef hat.

In the Terroir category, the winner was Ioan Bebeșelea of Syndicat Gourmet, with 12.5 points and 1 chef hat.

Ana Consulea of Zexe Braserie was named the Pastry Chef of the Year and received 11 points and 1 chef hat.

The Service of the Year award went to the team at Baracca, while the POP Trophies went to Mésange Fromagerie, Papila, and Pizza Mania.

The venues included in the guide were evaluated by a team of 17 people, 15 from Romania (both locals and expats) and two from abroad.

The menu weighs the most (70%) in the assessment of the restaurant, while the service, atmosphere, design, and price-quality ratio make up the remaining 30%. When looking at the menu, evaluators take into account the chef’s vision, the creativity of the menu, its seasonality, the techniques used, the quality of the ingredients and the use of local ingredients.