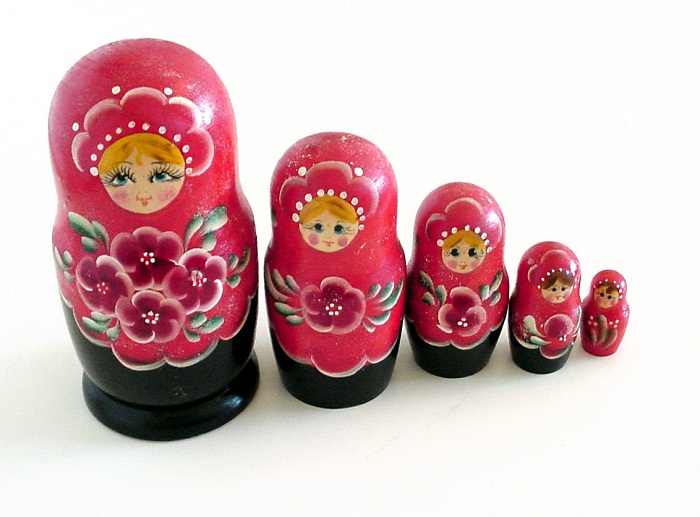 Culturally speaking, everything is in place for good business and commercial communication between Russia and Romania. But despite some high profile interests, Russia lies outside the top ten investors to Romania in the official national statistics. Russia has been close enough to Romania and has had an influence on Romania long enough to lend it some of the main traits in doing business. In this article, we'll look at how Russians do business. Feel free to comment on whether the Russian and Romanian styles seem similar to you. What do we have in common and where do we accomplish each other in business?

How do Russians do business?

In business, Russians play chess: they plan several moves ahead. They often present an initial draft to a business partner outlining all the objectives. But this is only a starting point. Their approach to an agreement is conceptual and all-embracing. Contracts are not as binding in the Russian mind as in Western minds. They see it binding only if the contract continues to be mutually beneficial. Anything introduced as an official directive or regulation will be distrusted. What is indicated as a personal recommendation will be embraced. Russians are basically conservative and do not accept change easily. In business they often push and understand being pushed, but they rebel if they feel the pressure is intolerable. They achieve what they do largely through an intricate network of personal relationships. Favour is repaid by favour. They enter meetings unsmiling, but they can be quickly melted with a show of understanding and sincerity.

Russians are people-oriented rather than deal –oriented. Bear in mind during business relationship that their priorities are personal relationships, form and appearance, and opportunities for financial gain – in that order. Russians are essentially warm, emotional, caring people, eagerly responding to kindness and love. In order to build strong relationship with Russian people one should indicate his human side. They are sensitive and status conscious and must be treated as equals.

Though there is no long-term alternative to the EU Russia’s “Europeanness” many characteristics are mirrored in Western Europe: compassion in Italy, sentimentality in Germany, love of tradition in Britain, warmth and generosity in Spain, artistic achievements in France. Plus other positive traits: stamina, powers of improvisation , deep friendships.

Modern societal culture in Russia is determined by traditional features, historically developed through centuries, by the influence of 20th century totalitarianism and by the radical revolution in values, beliefs, and behaviors through the transitional 1990s and early 2000s .

Historically developed characteristics of Russian culture are rooted in Slavic history, Orthodox religion, specific features of natural environment. Through the centuries, Russia has integrated basic values of both the West and the East – reason and inspiration. It has served as a bridge between Western and Eastern cultural traditions with a certain psychological dependence on both. Its national character combined such qualities as habitual, patient struggle with misfortune and hardship; the ability to concentrate efforts; the ability to cooperate across a large geographic distance, impersonal collectivism; humanism; and the search for truth.

While Russia was growing through the centuries, its leaders were traditionally associated with the state, religion, or the military. Peter the Great, who began “Westernization” in the 18th century by autocratic and barbarian means, was an admired military leader. Business leaders in his time were traders who, along with the military, created Europe’s strongest military industrial complex of the time. Later, the economic liberalism of Catherine the Great attracted the highest-ranking Russian nobles to entrepreneurship. The industrial revolution in the 19th century brought the real spirit of private initiative and leadership to Russia. Talented business leaders such as Morozov, Knopp, and Ryabushinski founded successful business empires in Russia and introduced many organizational innovations, including charitable initiatives.

In the 20th century, under Communism, in contrast to the West, Russia appeared to have largely retained, even in periods of rapid industrial expansion, an autocratic or patrimonial system (single-centered).

Russian leadership characteristics were modified by specific Soviet (totalitarian) traits such as a perception of the environment as hostile and dangerous, supremacy of society’s goals over the individual’s, and a relativistic view of morality with an acceptance of double standards in life

In the 1990s, the transitional Russian economy was run by a small number of financial industrial groups, arguably more powerful than the state. The stage of aggregating capital by

selling state property (“privatization stage”) was over, and the new epoch could be defined as the stage of “managing capital effectively,” with the oligarchs – leaders of industrial and financial empires – displaying a new leadership model for the Russian economy.

The heterogenous kaleidoscopic culture of Russia’s current transitional society is different from the homogenous Soviet culture. Business leaders and managers in Russia are motivated by one or a combination of the following business philosophies:

bureaucratic, based on active initiatives under state-run bureaucratic supervision;

pragmatic, based on maximum profitability on a technocratic basis;

predatory, based on achieving success through tough suppression of rivals including Mafia connections, growth by any means, and cheating on partners, consumers, and the state; and

socially responsible, based on linking business to the promotion of national interests, the resolution of social problems, and universal human values

Root characteristics to the stages of Russian business history

The first group, the Old Guard, consists of those who proved their talents as leaders in large-scale projects such as managing technological innovations. The Old Guard exploit their access to key decision-making centers and information and use bureaucratic connections and control of resources. These people still keep leading positions in large industrial corporations or in internationally competitive sectors of the economy (oil-and-gas, aerospace, shipbuilding, and others).

The second group, the New Wave, emerging from economic reforms, follows a different road to economic independence by searching for innovations and reflecting advanced economic thinking. They are leaders of the former shadow economy, which has been increasingly legalized and are former Communist party functionaries or military officers who successfully transformed into businessmen. A large proportion of this group is young people, hungry for entrepreneurial success.

Another group of people, who can be called Forced Entrepreneurs, are forced to take initiatives due to fear of unemployment and are now involved primarily in small-scale trade transactions.

Finally, there is a group of foreign businessmen (International Corps) that operates in the Russian market, including representatives of the Russian foreign diaspora.