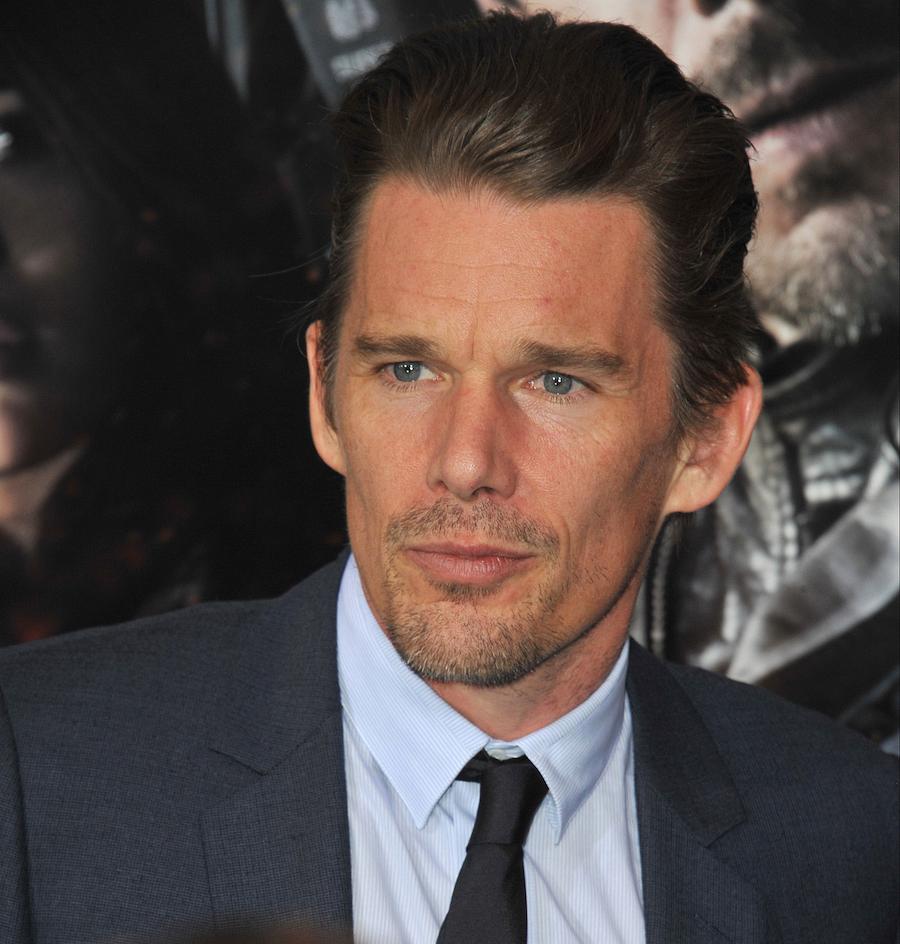 Ethan Hawke is the special guest of the American Independent Film Festival in Bucharest, which will take place between September 15-21. His coming to Romania was no coincidence. Ethan’s mother, Leslie Hawke, moved to Romania in 2000 and founded the OvidiuRo NGO that aims to support preschool education in the country. Ethan answered a series of questions from Romania-Insider.com.

Hello, Ethan! What is your favorite place in Romania, if you have one?

Actually, I love the People's Palace, or as you call it now, “Parliament Palace”. It’s outrageously big and ostentatious, but it’s great fun to have an event there. I spent three of the most memorable evenings of my life at OvidiuRo’s Halloween Charity Balls. It was wonderful to see a place designed by a megalomaniac being used to raise awareness and money to help the poorest children, many of whom were Roma, to get a decent education.

But my favorite place has to be my mom's cottage on a hill surrounded by vineyards near Buzau. I love the Romanian countryside and the people (and animals) that I've met there.  It’s a glimpse into how our ancestors must have lived for hundreds, if not thousands, of years.

How do you think Romania has changed since you first visited?

That's too hard for me to speak to. Everywhere I go the world seems to be changing so fast right now. My mother likes to say that Bucharest is “Europe with an edge”. I don’t think it has as much edge as it did when I first visited in 2002. But it has much better coffee.

When you come to Bucharest for the American Independent Film Festival, what will you bring with you? What does your luggage normally looks like when you travel for a few days? Any books?

When I travel, I usually bring a large briefcase full of books that I hope to read, but which usually remain unopened. Unfortunately, I’ve never been able to successfully shift to e-books. This trip, the most important thing I'm bringing is my oldest daughter, Maya, who is 19 and passionate about film and her “Grandma Leslie”. So this has the makings of a great trip. Luggage doesn't make the man.

Your mom first came to Romania in 2000. What did you think of her decision back then?

I'm not sure what I thought then, but Romania has changed my mother. I don't know if it's Romania itself, her amazing partnership with Maria Gheorghiu, or the more classic tale of how when we focus on helping others, we actually help ourselves. In any case, she has changed for the better in many ways. Maybe that’s because helping to get disadvantaged children into school fulfilled her need to be useful in the world.

Have you seen any Romanian movies? Which is your favorite?

Romania is producing some of the most exciting works of cinema happening today. 4 Months, 3 Weeks, 2 Days is one of the most riveting movies made anywhere in the world in my lifetime, not just my favorite Romanian movie. I had never heard of Cristian Mungiu when my mother insisted I go see ‘4,3,2’ with her when she was visiting NY 10 years ago. I was blown away.

One of the movies screened at the American Independent Film Festival in Bucharest is Born to Be Blue, a drama about Chet Baker, in which you play Chet. You said in an interview that Chet Baker was the definition of cool. What does cool mean to you? How would you define cool?

I think what I meant was that the William Claxton photos of Chet Baker were a symbol of the 1950's cool aesthetic. It symbolized a kind of beatnik detachment that was anti-authority, sexy and appealing. It also is almost always a posture -- and doesn't represent the truth at all. On the inside, I think that Chet Baker struggled with the same insecurities that we all do.

Is your mother cool?

My mother is completely uncool, always has been, always will be. You can’t be both cool and fervent at the same time.

Are some people born to be blue? Why do you think some people get lost to drug or alcohol abuse while others don’t?

Certainly, some people are born with a tendency for depression and struggle with it all of their lives, while others just skip through a rainy day. Depression-prone people often use alcohol and illegal drugs in an effort to self-medicate.  When asked by a journalist what the secret of happiness was, Tennessee Williams said, “Insensitivity.” Navigating the ups and downs of life definitely takes a toll on highly sensitive, artistic people like Chet Baker.

The musician’s life was split in two by a horrendous beating in 1966. Have you ever been through an event that put your life on a completely new track?

There have been several events that changed my life. Dead Poet's Society, my children being born, the dissolution of my first marriage... We always want life to be steady and secure. It rarely is. And unfortunately, when it IS steady and secure, we tend to get bored.

Five of your films will be screened in Bucharest: Maudie, Born to be Blue, Before Midnight, Boyhood and Before the Devil Knows You're Dead. If only one of your movies were to survive the apocalypse, or whatever, which one would you want it to be, and why?

The Criterion Collection just released the Before Trilogy as one entity. Those three movies, Before Sunrise, Before Sunset and Before Midnight, taken together as one cohesive piece of cinema, is something I'm embarrassingly proud of. From beginning to end, dialogue to finished film, it was a deeply collaborative effort of Rick Linklater, Julie Delpy and myself. And I think it really rings true to life.