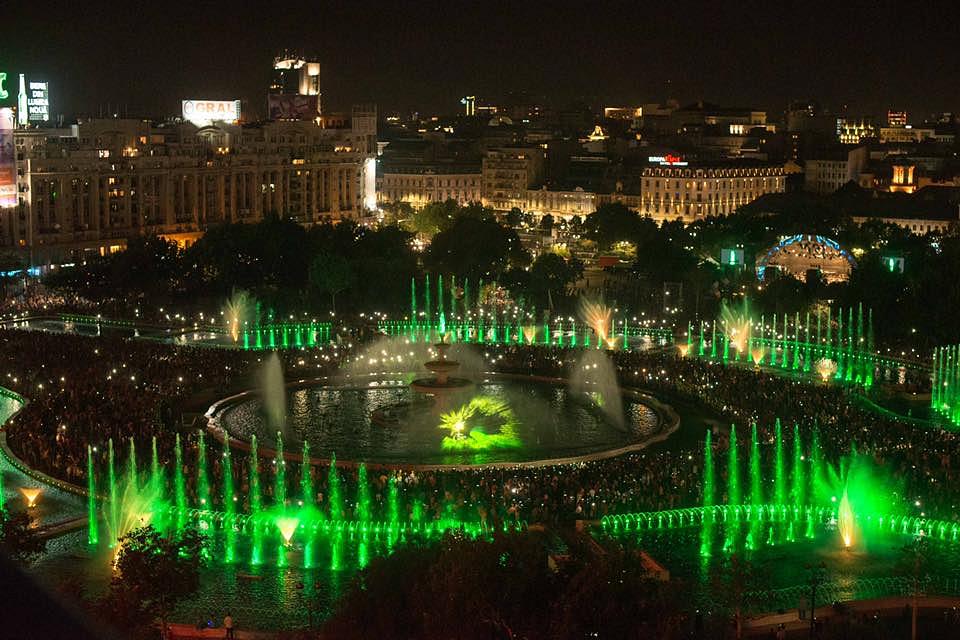 The World Record Academy has recognized the recently re-designed fountains in Bucharest’s Unirii Square as “the longest choreographed fountain system” in the world.

The fountains underwent a revamping process, which required an investment of EUR 7 million. Apa Nova, the company that manages Bucharest’s water and sewage system, carried out the project.

The 44 fountains spread on a 1.4 km distance, between Constitutiei Square and Alba Iulia Square.

After the revamping, they have become the setting for music and light shows. The central well of Unirii Square has four integrated "water screens" aimed at the four cardinal points, meant to create a huge multimedia platform for videos, but also laser projections.

The fountains were built at the end of the 1980s, and partially re-build and modernized in 2018.