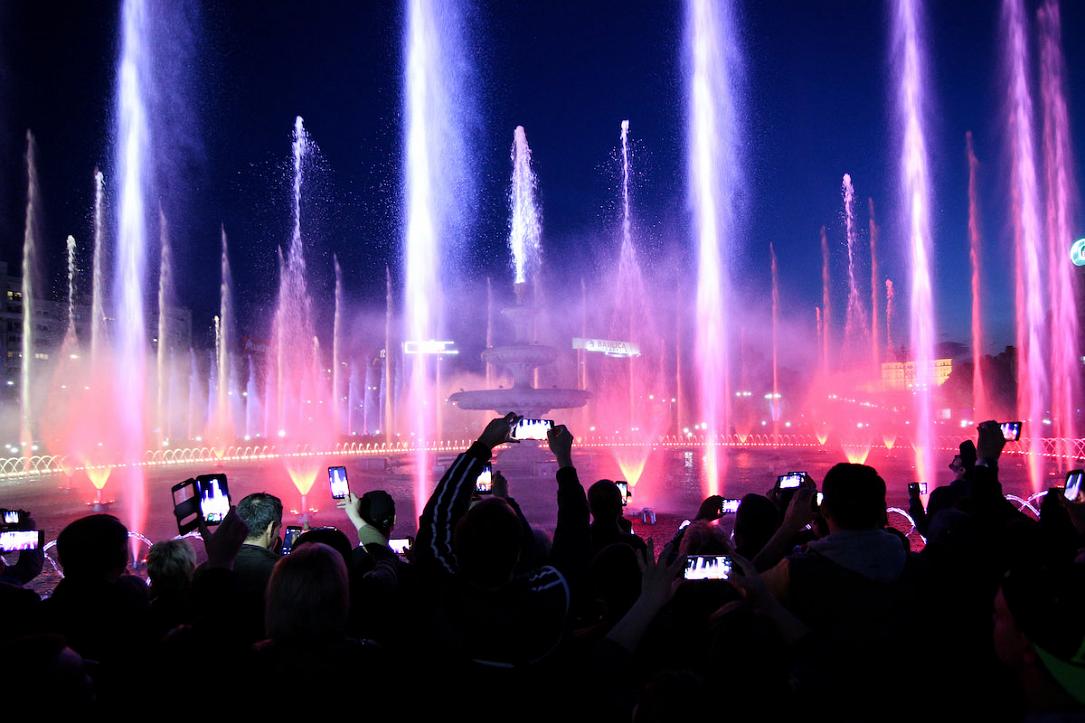 The water fountains in Unirii Square, in downtown Bucharest, which were reopened last year after an important revamping process, were completely transformed on Saturday, May 4, with the help of a multimedia show of water, music and light.

The event attracted thousands of spectators, according to local Stirile TVR. Not only the Bucharesters went to see the multimedia show, which started at 21:00 and ended after about 45 minutes, but also people from other cities. The event was dedicated to Romania’s great athletes. A video of the show is available here.

Called Simfonia Apei, the show on May 4 was the first of the 2019 season. Similar shows will be organized every weekend (from Friday to Sunday) until the end of October. This year’s program includes four different shows that celebrate Romanian personalities.

The 44 fountains in downtown Bucharest are located on the 1.4-km distance between Alba Iulia Square and Constitutiei Square. They were built in the late 1980s.