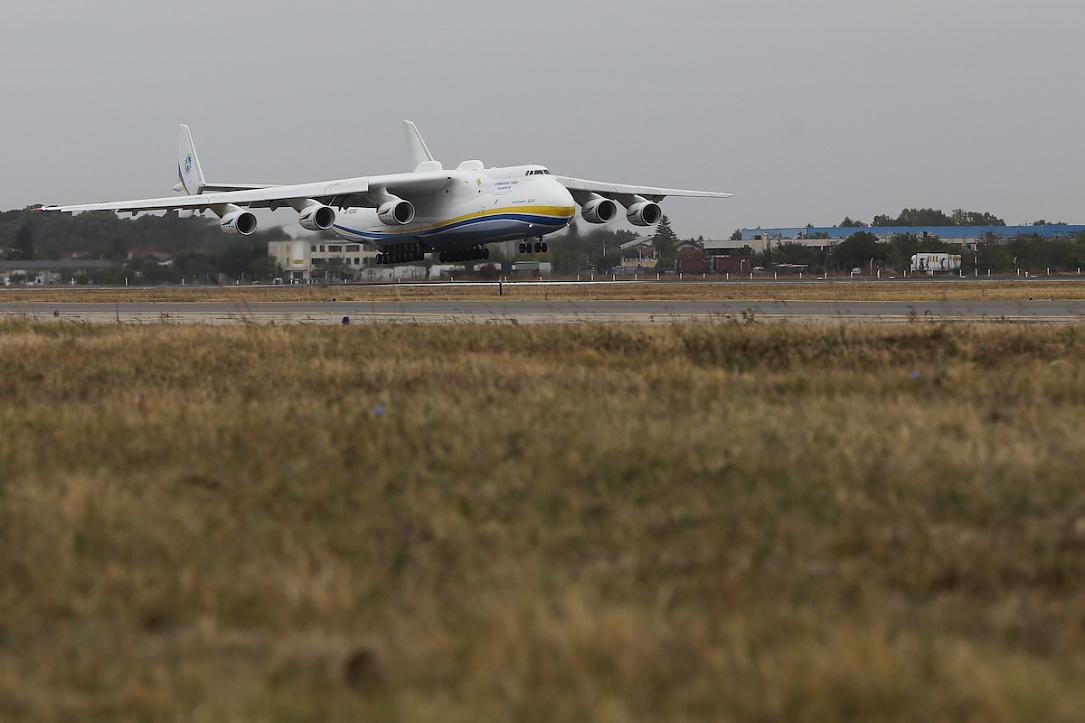 The world's largest cargo aircraft landed for the first time in Romania on Thursday, October 7, at the Henri Coanda Airport in Bucharest. The Antonov AN-225 Mriya arrived from Linz, Austria, and is scheduled to operate two cargo flights on the route Bucharest-Saudi Arabia, according to Digi24.

According to Aeronews, the AN-225 Mriya has left Bucharest on Friday morning at 9:50 local time.

The Antonov AN-225 Mriya has six engines, a length of 84 meters and a wingspan of 88.4 meters. With a maximum takeoff weight of around 650 tons, the super-heavy transport aircraft made its first flight in December 1988. Further details are available here.