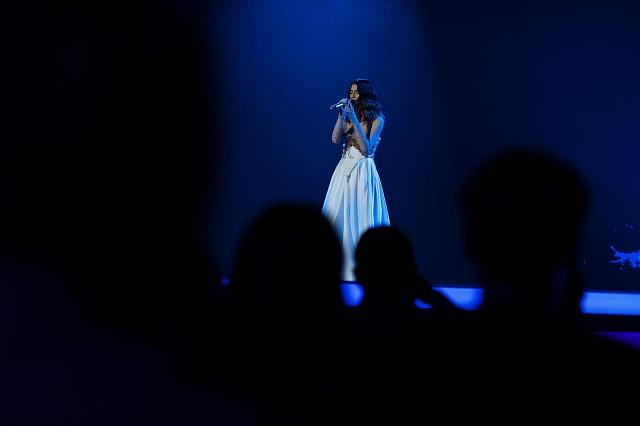 “Alcohol You” is the song that Romanian artist Roxen will perform at the Eurovision song contest in Rotterdam. The song was selected out of five live performances by Roxen in the Eurovision Romania final on Sunday evening, March 1. “Alcohol You” was the favorite of the jury and of the public, and the artist said it was her favorite song as well, of the five she performed.

“Alcohol You is a song that I feel with all my being and I live it every time I sing it. Its style represents me and I am very pleased that both the public and the jury liked it and voted it,” Roxen said after the vote result was announced.

The five songs that Roxen performed in the National Eurovision Final held in Buzau were "Alcohol You", "Beautiful Disaster", "Cherry Red", "Colors" and "Storm".

Romanian singer and songwriter Viky Red was responsible for the music and the production of the song “Alcohol You”, and the text was written by Ionut Armas and Breyan Isaac. Breyan Isaac is an American Grammy Award-winning singer, songwriter, producer and pianist, according to TVR1.

The studio version of the song sounds like this:

Roxen is a 20-year-old singer from Cluj-Napoca. She started singing at the age of 7 and won several musical competitions. Before being selected to represent Romania at the Eurovision, she has two songs in the radio charts: You Don’t Love Me (which has 8 million views on YouTube) and Ce-ti Canta Dragostea (9 million views and the most-Shazamed Romanian song).

Romania's public television TVR, which broadcasts the Eurovision Song Contest in Romania and selects the country's representative in the competition, changed its selection method this year after poor results in the last two years when Romania failed to reach the final. The first phase of Romania’s national selection focused on finding the most representative voice, evaluated by a specialized commission based on criteria such as vocal skills, interpretation and musical empathy. After this phase, Roxen was selected as Romania's representative at Rotterdam.

In the second phase, a jury of specialists and the public had to choose between five songs performed by Roxen, in the Eurovision Romania final.

The other four performances in the final were: