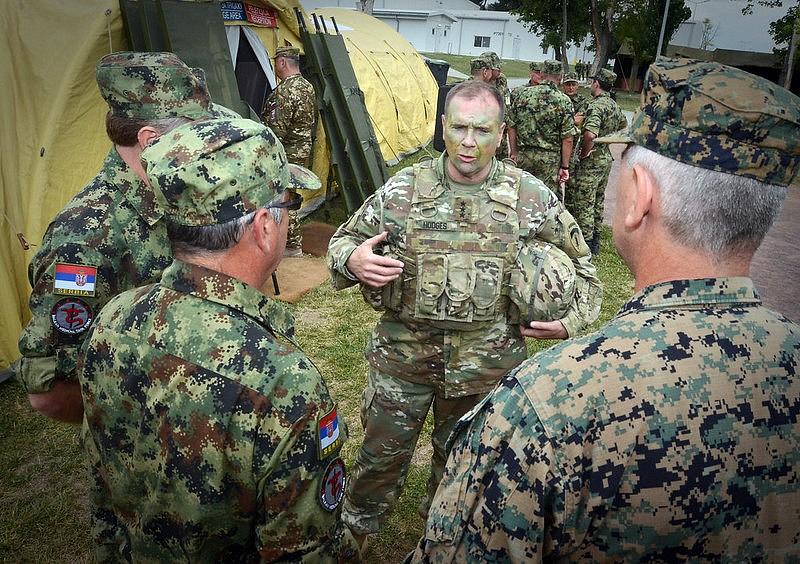 Retired general Ben Hodges, the former commander of the U.S. Army in Europe, warns that pulling U.S. soldiers out of Europe is risky because it could determine Russia to test NATO's defense capacity.

"If they consider we are not cohesive, they may decide to launch an incursion into Romania or the Baltics and threaten to use nuclear weapons to see how we respond," Ben Hodges told British newspaper The Times.

Former general Ben Hodges criticized Trump's intention pulling troops out of Europe, calling it a "colossal mistake". "If there was ever a time we all needed allies, it's right now, especially when you think about the economic challenges we face coming out of Covid-19," Hodges told The Times.

Heinrich Brauss, a retired German general and a NATO assistant secretary-general until 2018, also called Trump's move "very harmful" and a "gift for Putin". He believes this move "reinforces the suspicion in Europe that we can no longer rely on the unconditional support of America when it comes to European security," according to The Times.

Romania, which has a strategic partnership with the U.S., is also one of the European countries that rely the most on the U.S. military presence to defend itself against Russia's aggressive strategy in the Black Sea region. Romania hosts several hundred U.S. soldiers at the Mihail Kogalniceanu military base near Constanta. The country also hosts an anti-ballistic missile shield at the Deveselu military base, which is under U.S. command, which has further strained the relations with Russia in recent years.

Romania's new National Defense Strategy, approved by the Country's Supreme Defense Council (CSAT), and sent to the Parliament for approval, speaks for the first time about the "aggressive behavior of the Russian Federation" and the "militarization of the Black Sea" carried out by Moscow.

Russia's Foreign Affairs Ministry has reacted to the document saying that Romania plans to use it to increase NATO and U.S. presence in the Black Sea region. Bucharest will contribute to further increasing tensions and lack of trust in the region, instead of becoming a stability provider, Russian Foreign Ministry spokeswoman Maria Zaharova said in a press conference. Romania's foreign affairs minister Bogdan Aurescu reacted by calling the Russian ambassador in Romania, Valery Kuzmin, to talk about the Russian Foreign Ministry's statement.