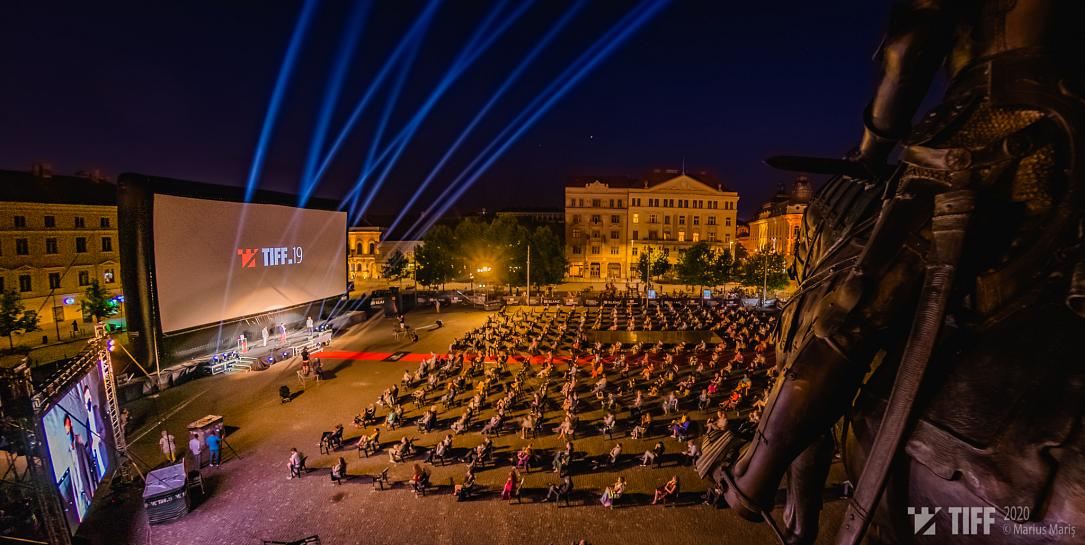 The film, awarded "for the joy of life told through the experience of our passage beyond," received a EUR 10,000 prize.

Babyteeth was screened in the opening of the 2019 Venice competition. For his role in the film, Toby Wallace received the Marcello Mastroianni Prize for the best young actor.

It awarded the Best Director Prize, amounting to EUR 3,500, ex-aequo to Tim Mielants for Patrick and Zheng Lu Xinyuan for The Cloud in Her Room. Tim Mielants's Patrick impressed the jury with a story that "managed to create a wonderful yet strange world with the most natural ease" and Zheng Lu Xinyuan's production as "this cinematic/ cinephile delight reveals a remarkable emerging talent to watch."

The Special Jury Award, amounting to EUR 1,500, went to Svetla Tsotsorkova's Sister, "a strange, surprising, comic tale in which a trail of lies leads to the truth." She was previously present in the TIFF competition with Thirst.

At the same time, actress Evgeniya Gromova, the star of Fidelity, received the Best Performance Award, worth EUR 1,000. The prize was awarded "for the incisive foray into the private life of a woman in crisis."

The FIPRESCI Prize, offered by the International Federation of Film Critics to a title in the Romanian Film Days section, went to Everything Will Not Be Fine, Adrian Pîrvu and Helena Maksyom's documentary road movie that follows the lives of young people affected by the Chernobyl disaster. Andrei Zincă's So, What's Freedom? received the Romanian Days Audience Award, worth EUR 1,500.

The Romanian Days Award for Best Debut, worth EUR 1,000, went to Dorian Boguță's Legacy, while a special mention went to Ivana Mladenović for Ivana the Terrible, "for bravely exposing a wounded soul in a charming, tender and uniquely personal way."

The prize of the local competition went to Farkas Boglarka Angela's What We Didn't Notice, while the special mention went to Maria Cinar-Jiga's In Between Worlds.

Journalist Alexandra Tănăsescu won the Alex. Leo Șerban Fellowship this year. The EUR 2,500 award offered in partnership with Conceptual Lab will support the development of the online portal Cultura la dubă. A Special Mention, worth EUR 500, went to film critic Victor Morozov for his volume Cross-border. Romanian Cinema in a Transnational Context. For his role in Monsters, actor Cristi Popa received the other special mention, valued at EUR 1,000.

The Transilvania Pitch Stop platform awarded the Eurimages Co-production Development Award, valued at EUR 20,000, to the project Kretsul, directed by Alexandra Likhacheva and produced by Anna Shalashina. Post-production services valued at EUR 25,000 and offered by Chainsaw Europe, went to the project Panopticon, directed by George Sikharulidze and produced by Vladimer Katcharava.

At this year's edition of TIFF, Romanian actress Maria Ploae received the Excellence Award for her entire activity.