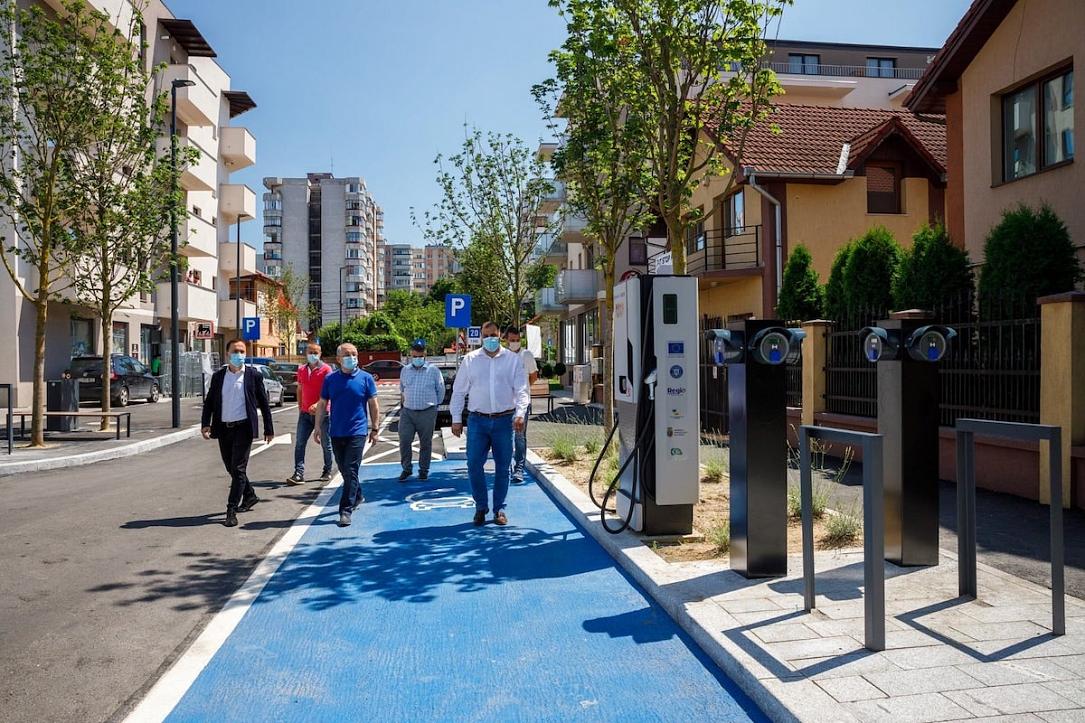 The Molnar Piuariu street in the city of Cluj-Napoca, in Romania's Transylvania region, was turned into a smart street after a total investment of over RON 5.9 million (EUR 1.2 million). This is the first smart street in Romania, mayor Emil Boc announced.

"The first smart street in Romania was built by the Cluj-Napoca City Hall with European funding and has all the facilities of a modern, "green" public space, adapted to the current technological and urban mobility realities," Boc said in a Facebook post.

Residents and visitors can also enjoy the new modern street furniture, free Wi-Fi, and the USB sockets for charging mobile devices. An intelligent, energy-efficient street lighting system has also been installed in the area.

"At the same time, the space has been adapted for people with disabilities and their safety (pavements with integrated tactile markings)," Emil Boc also said.

Cluj-Napoca City Hall is considering the implementation of such urban regeneration projects in all neighborhoods of the city.