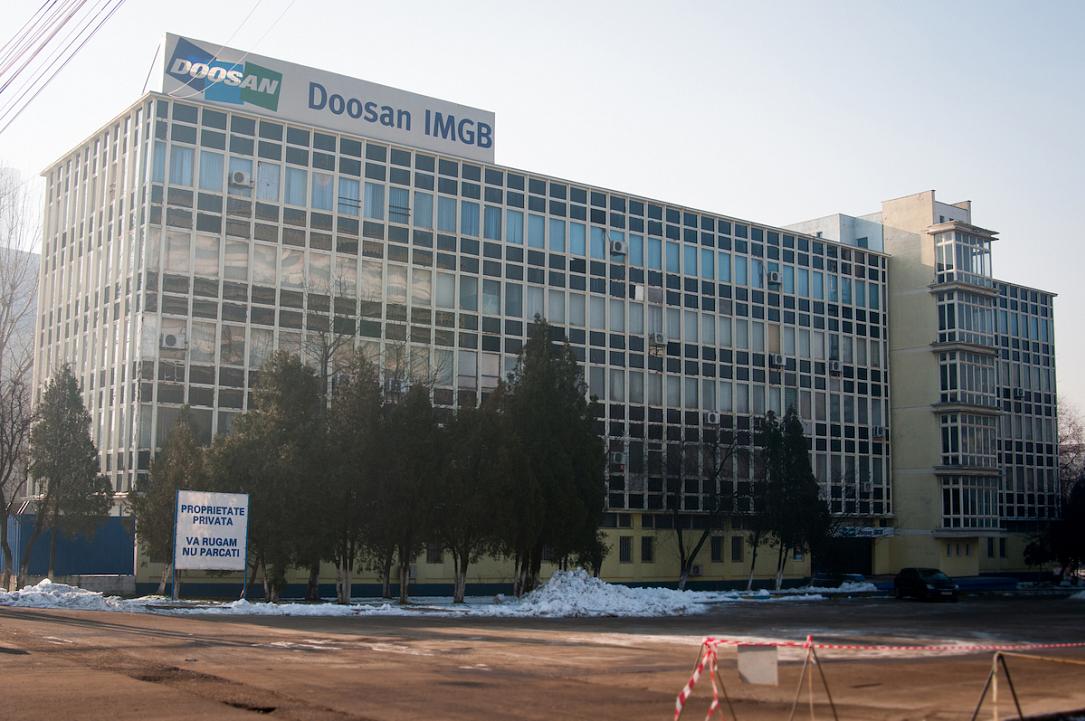 SIF Banat-Crisana (SIF1), an investment company listed on the Bucharest Stock Exchange, signed on September 4 the purchase of the biggest industrial platform in Bucharest – Doosan IMGB. SIF Banat-Crisana will take over 99.92% of Doosan IMGB’s shares from South Korean group Doosan for an undisclosed sum. The Competition Council needs to approve the transaction before it’s finalized.

SIF Banat-Crisana’s advisors for this deal are local law firm Biris Goran and real estate consultancy firm Crosspoint Real Estate. This suggests that the company plans to use the industrial platform for real estate development.

Crosspoint Real Estate said in a press release that the deal involves the biggest land plot traded in Romania in the last ten years, except for farmland. The Doosan IMGB platform has 540,000 sqm (54 hectares).

Founded in 1963, the IMGB factory produced heavy machinery and was one of the biggest industrial platforms in Romania. In 1989, about 13,000 people worked on this industrial platform. The factory was sold in 1998 to Norwegian group Kvaerner for USD 1. In 2006, Kvaerner sold IMGB to South Korean group Doosan Heavy Industries and Construction.

The South Korean group closed the factory at the end of 2019 invoking heavy losses. In February 2020, Doosan said it invested over EUR 110 million in the IMGB factory since 2006. In the same period, Doosan IMGB recorded losses of about EUR 125 million, according to Adevarul.

Launched in the mid-1990s, as part of the mass privatization program, SIF Banat-Crisana is one of the biggest investment companies in Romania. Its net assets amounted to over RON 3.5 billion (EUR 729 mln) at the end of June 2020, according to official reports on the Bucharest Stock Exchange. Meanwhile, its market capitalization is just RON 1.13 bln (EUR 233 mln).