Romania’s Anticorruption Directorate: A third of those sent to court in 2017 held public office 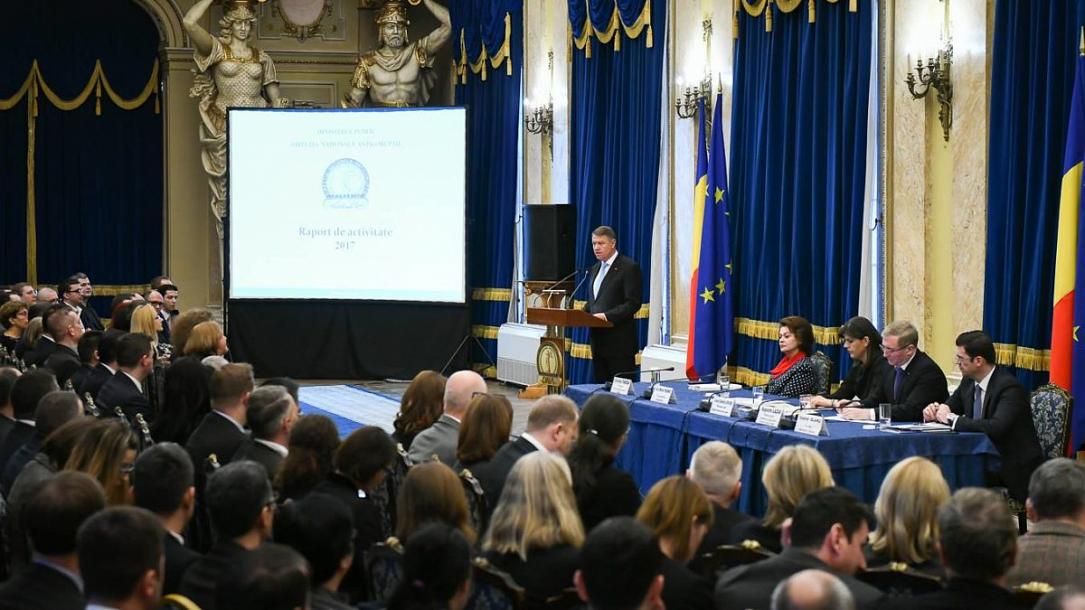 Romania’s Anticorruption Directorate (DNA) solved a higher than ever number of cases last year, according to the institution’s annual report presented by head anticorruption prosecutor Laura Codruţa Kovesi. A third of those sent to court in DNA cases held high offices, while the EU funds fraud cases increased in number.

The DNA solved 3,893 cases in 2017, the highest number solved in one year since the establishment of the institution. A total of 997 defendants were sent to court in 2017, and a third of them held public dignity offices.

“Three ministers, five deputies, one senator, a former president of the Chamber of Deputies and a secretary general of a minister were sent to court. These numbers mainly show that the corrupt held high office. They have recipes for defrauding the public money. Everyone knows what they have to do and who to speak with,” Kovesi said, quoted by News.ro.

A total of 344 defendants were sent to court in EU funds fraud cases investigated over the past two years.

Kovesi called for mechanisms that would make institutions accountable “so as not to wait so many years to make a denouncement and then hand over the responsibility to the prosecutors.” The call comes as the DNA is sometimes alerted about criminal acts that took place 9 or 10 years before. In 2017, the institution identified two cases where the acts were prescribed, and 34 cases where the acts were already prescribed when the case reached the DNA.

A 2016 decision of the country’s Constitutional Court allows prosecutors to investigate only abuse of service deeds that generate the embezzlement of public money because of the breach of primary legislation, meaning laws or ordinances. This decision led to the closing of 275 cases entailing combined damages of EUR 140 million, Kovesi explained.

The prosecutor asked in how many of these cases did the other state institutions start procedures to establish the disciplinary, administrative or civilian responsibility.

“In how many cases did the other institutions act to recover these damages? Is there an interest for recovering the money, lost by the citizens, by the communities?” Kovesi asked.

The head anti-graft prosecutor said the DNA is opposed to the weakening of the legislation, to the elimination of instruments that are useful in proving serious deeds were committed, and to changing the statute of the magistrate’s independence.

“We do not make the law, we apply it,” she said. “Our plea is for a stable legislation, for legislation where prosecutors are independent."

Kovesi said that the anticorruption prosecutors do not cherry-pick cases. She was responding to accusations made by the justice minister that the DNA is prioritizing cases that have an impact in the media.

At a February 27 meeting within the Superior Magistracy Council (CSM), Kovesi explained that the DNA spent EUR 2 million in 2017 on investigating criminal cases, and the DNA prosecutors established sequester measures of EUR 202.4 million. Also in 2017, in DNA investigated cases, the courts gave decisions for the confiscation and recovery of crime-related products amounting to EUR 159 million.

Attending the presentation of the DNA’s yearly report, President Klaus Iohannis said that the anti-graft directorate is an institution that functions efficiently and has been for many years at the forefront of the fight against corruption.

“Contrary to a subjective, tendentious, and partisan evaluation, presented last week to the public by someone, the efficiency of the DNA is far from being open to contestation,” Iohannis said.

Tudorel Toader, the justice minister, presented last week a 36-page report on the DNA chief’s activity. The report criticized the DNA head for her authoritarian management style and for trying to get convictions at any price, among others.

The President also said that the DNA, as part of the Public Ministry, and the justice system in its entirety have the needed instruments to heal Romania of corruption.

The justice minister did not attend the presentation of the DNA's yearly report.