What Romanians say vs. what they mean: 20 funny Romanian expressions 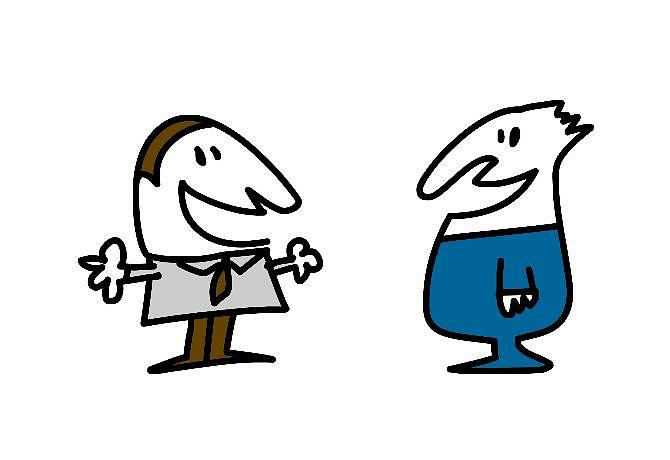 There are plenty of expressions and sayings in the Romanian language, many of which very hard to translate. Foreigners who embark on a journey of learning the local language sometimes learn it the hard way.

Romanians have their own funny ways of expressing feelings or talk about different things, but most of the time these expressions are hard to understand if you are not a local; some of them however might be similar, or close to expressions in English.

Here’s a list of 20 funny Romanian expressions, their word-by-word translations into English, followed by explanations of what exactly do they mean.

Freci menta – You are rubbing the mint: this is Romanians’ way of saying you are wasting time. They also use another expression for this: Tai frunza la caini – You are cutting leaves for the dogs. Both of them basically mean 'doing nothing'.

Umbli cu cioara vopsita – You are walking around with the painted crow: This expression means you are trying to fool somebody, or that you are telling a lie.

A fi prins cu mata-n sac – To be caught with the cat in the bag: This is an expression used when trying to say that somebody was caught lying or cheating; similar to the expression 'to be caught red handed'.

Am eu ac de cojocul tau – I have the needle for your coat: This a Romanian’s way of saying that he knows exactly what to do to get back at somebody, to take revenge.

Te duce cu presul – He carries you with the rug: This means that somebody is not being honest with you, he/she is trying to fool you.

A baga mana-n foc pentru cineva – To put your hand in the fire for somebody: This is the Romanian way to say that you vouch for somebody.

Mi-a picat fisa – My coin dropped: This is a Romanian’s way of saying that he finally got it, he finally understood something.

Mi-a picat fata – My face dropped: It’s an expression that might look like mi-a picat fisa, but it means a totally different thing. This is how a Romanian says that he was really surprised of something.

La Pastele cailor – At the horses’ Easter: This is an expression used when you want to say that something will happen very far in the future, or most likely never.

Ma scoti din pepeni – You take me out of the watermelons: When you hear a Romanian saying this, you might leave him/her alone, as this means he is getting really angry.

A vinde gogosi – Selling donuts: Donuts are a delicious dessert and selling them shouldn’t mean anything bad, right? Well, if a Romanian is telling you that you are selling donuts, this actually means they believe you are lying.

A te imbata cu apa rece – Getting drunk with cold water: This is Romanians’ way of saying that you are fooling yourself.

Esti dus cu pluta – You’re gone on a raft: It might sound like a nice outdoor activity to do, but when a Romanian uses this expression, he surely means something else. This means they believe you are crazy, that you’ve lost your mind.

A calca pe bec – To step on a light bulb: This is an expression used when trying to say that somebody has done a mistake or has broken a rule.

Vinzi castraveti gradinarului – You’re selling cucumbers to the gardener: This expression means you are trying to lie to somebody who knows the truth, or to explain something to somebody who already knows more about the issue.

Mi-a ajuns cutitul la os – The knife has reached my bone: A Romanian would say this when he can’t take it anymore, he’s reached a limit situation.

Te lupti cu morile de vant – You’re fighting with the windmills: This is Romanians’ way of saying that what you are doing is pointless, it will never get you anywhere.

A trece ca gasca prin apa – To cross like the goose through the water: This expression means that you’ve learned nothing from an experience, from something you did.

Ura si la gara! – Hurray and to the train station!: This is one funny and strange way of saying: enough!

If you know other funny Romanian expressions that should have been included in this story, please leave a line in the comment box below.