Romanian film review – The Way We Were: Metrobranding & Victoria 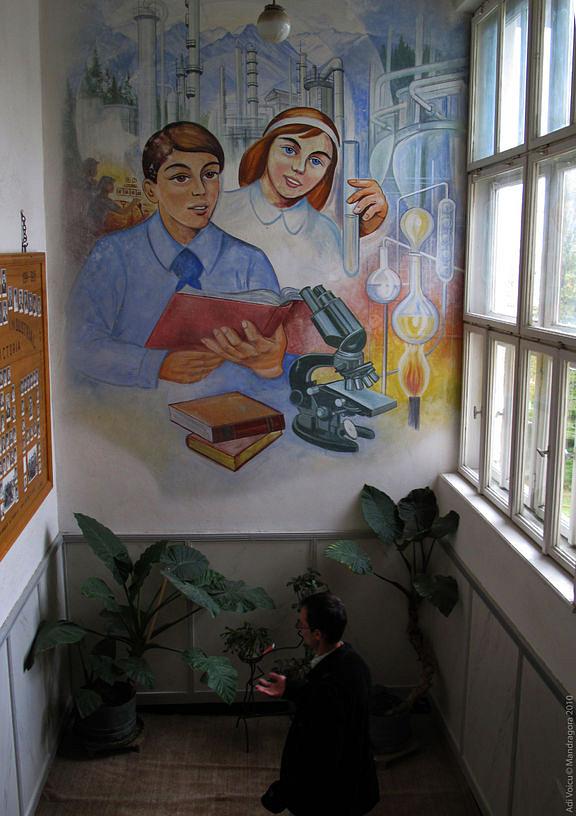 I have been meaning to write about directing duo Ana Vlad and Adi Voicu ever since I saw their first feature documentary in 2010 and now that two of their films are available online, the time has finally come.

Ten year later and I can still remember the overwhelming reaction at the premiere of Metrobranding, o poveste de dragoste între oameni și obiecte/Metrobranding, a Love Story Between Men and Objects. It was simply impossible escape the film’s emotional and evocative power as Vlad and Voicu take a simple but brilliant idea and turn it into something unique and heartfelt.

Playing with the term „metro branding“, which refers to a city made famous by a film that treats it as a brand, they travel through Romania to look at famous brands and their cities in socialist times, like the sawing machine Ileana in Cugir, the light bulbs in Fieni, the Pegas bicycle in Tohan, the sneakers made in Drăgășani, or the Relaxa mattress produced in Mizil (still a hit today). The goods are presented by the people who used to make them in the respective factories, often for export, so quite a luxury for normal people. They talk about their features, and what it meant to live in a city that was suddenly or gradually left without industry after the fall of Communism. The film is full of great details (the sneakers episode is fantastic) and the subjects are left to tell their stories under the filmmakers’ observational approach that pays off as the humour of a situation and the friendly, jokey nature of the interviewed people are a delight.

It is quite a nostalgia trip, a bittersweet one, and when I watched the film again recently, I was struck by how seldom the regime‘s oppression comes up (whether directly or as an allusion) but what the film does so well is show how a generation looks back on their youth and their achievements, and how their everyday life had its universal joys and satisfaction despite the overall bleakness we now associate with the times. What it also shows quite astutely is how capitalist consumerism has made a product disposable, and the pride of these assets being passed on to younger generations less pervasive. But most of all it is a wonderfully gentle, touching film, and a very necessary look at those communities that evolved around one type of work and their challenges to adapt to the drastically different times after it ended.

Vlad and Voicu’s second film (also released in 2010) has a similar focus, portraying a community in a town that has become a shadow of itself after its factories closed down. Victoria, a town near the Făgăraș mountains in Brașov county was a town raised from scratch in 1948, centred around a chemical plant, a city for the Communist new man, a socialist utopia. The 1990s brought the collapse of its industry, as in so many other towns, and while an American chemical plant opened in 1995 (albeit polluting the city) Victoria is still a town from which many leave, and one which, like one character says, has missed its chance to become attractive for its inhabitants and visitors. What is left is explored by the filmmakers in their customarily observational and perceptive way, following teens whose parents are away working abroad, families gathering around the table or preparing traditional pork dishes before Christmas, a police man who never wanted to live there, a hunter and collector (his various animal skin rugs being vacuumed in the crammed flat is easily the funniest scene), a teacher who tries to inspire her students with stories of success from the States, a historian lecturing the town on identity and one‘s purpose. They all lost a way of life, family and friends (who left or died due to the risky conditions of work, among others) but they are also resilient, warm characters who try to manage a present that feels like a perpetual state of waiting for something to happen.

While their most immediate qualities are being entertaining and informative, these documentaries’ greatest quality are the respect and kindness for their protagonists, and their unhurried, unfussy look at regular people in circumstances that may seem un-regular but have become common. Here is hoping that Ana Vlad and Adi Voicu decide to turn their much-needed eye to other relevant places and their stories.

Metrobranding is available for free and with English subtitles on Cinepub, while Victoria is on demand on HBO.GO.