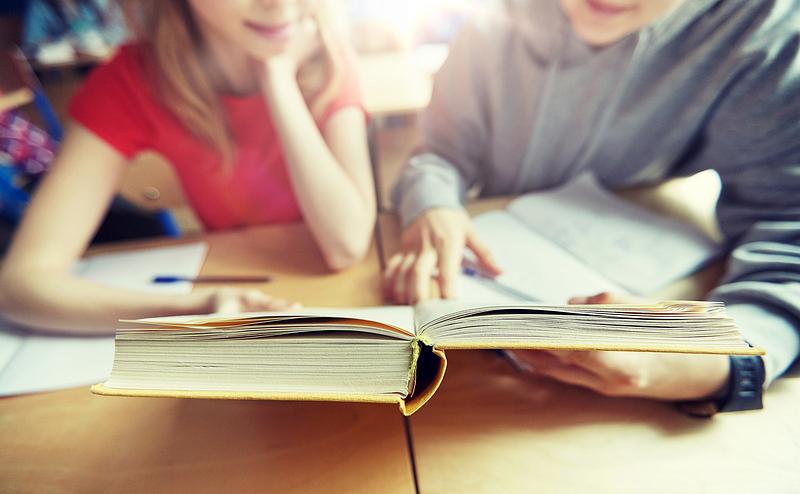 A recent report released by Brio, a standardized test platform for students, and 7 other non-profits specializing in education, revealed worrying low levels of literacy among Romanian students. According to the "Report on the literacy level of students in Romania," only 11% of students from grades 1-8 can understand and synthesize information from a text.

The report was based on the scores obtained by more than 47,000 students from grades 1-8 in literacy tests. According to the results collected, 42% of students scored "non-functional," which puts them in a position of illiteracy, and only 11% scored "functional," showing that they can locate, understand, and synthesize information from a written text.

"The results are more than worrying, but there are opportunities as well. The first opportunity, essential from all points of view, is the Educated Romania program, which has as general objective the recovery of the education system from the perspective of equity and quality, of ensuring the legal and organizational framework, as well as from the perspective of ensuring the optimal resources. Subsequent to the Educated Romania program, we have the opportunity to finance education through PNRR with EUR 3.6 billion," education minister Sorin Cimpeanu said.

In her turn, Ligia Deca, Presidential Adviser, Department of Education and Research, Presidential Administration, said: "The literacy level of 6 to 14-year-old students requires proactive educational interventions, especially in vulnerable environments. The Educated Romania project aims to halve the percentage of functional illiteracy by 2030."

In the last 15 months, 47,000 students took free literacy tests through the Brio platform, which indicated their level of understanding a written text. The average score of all these tests is 26.9 points, which indicates an average, minimum functional level of students in Romania.

"The results obtained by Romanian students in literacy tests place them at about 7 points above the non-functional level of literacy, which means limited skills in using very simplistic language, inability to identify characters if not explicitly mentioned in the text, and the localization of information only in a clear context, presented in short and obviously connected sentences," according to the report's results.

Thus, 42% of the tested students were at the "non-functional" level, while 47% obtained the "minimum functional" score. Only 11% of students in grades 1-8 got the maximum score on the literacy tests, proving that they can extract and use information from a given text, draw conclusions and understand the overall message, and can also make different interpretations, establish cause-effect relationships and find similarities and differences between characters, facts or concepts extracted from the text.

For all age groups included in the report (6-14 years), girls showed a higher performance level than boys in all assessed skills (locating, understanding and synthesizing information). The difference in scores between the gender groups is between 2.24 and 3.98 points. However, boys had a higher frequency of testing, so they accounted for 52% of the total sample analyzed in the report and girls for 48%.

In terms of age and gender, the largest gap was recorded for 13-year-old students, where the literacy level of girls is 3.98 points higher than the results obtained by boys.

The "Report on the level of literacy of students in Romania" was based on the results of 31,590 valid applications of literacy tests collected between January 2021 - April 2022. The sample is represented by students aged 6-14, enrolled in the public education system, and educationally active.