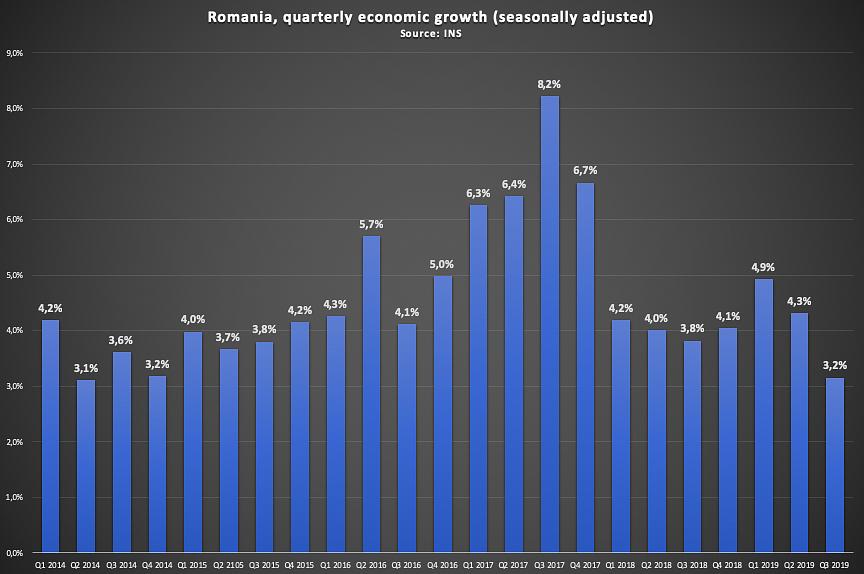 Romania’s economy increased by 3% in the third quarter (Q3) of 2019 compared to the same quarter of 2018, in gross terms, according to the National Statistics Institute (INS).

In seasonally adjusted terms, the growth rate was 3.2%, the lowest since Q4 2014, INS data shows. The local economy has slowed down significantly from a growth rate of 4.9% in the first quarter (Q1) and 4.3% in the second quarter (Q2).

The National Statistics Institute (INS) will release detailed data about the economic growth in Q3 on December 5.