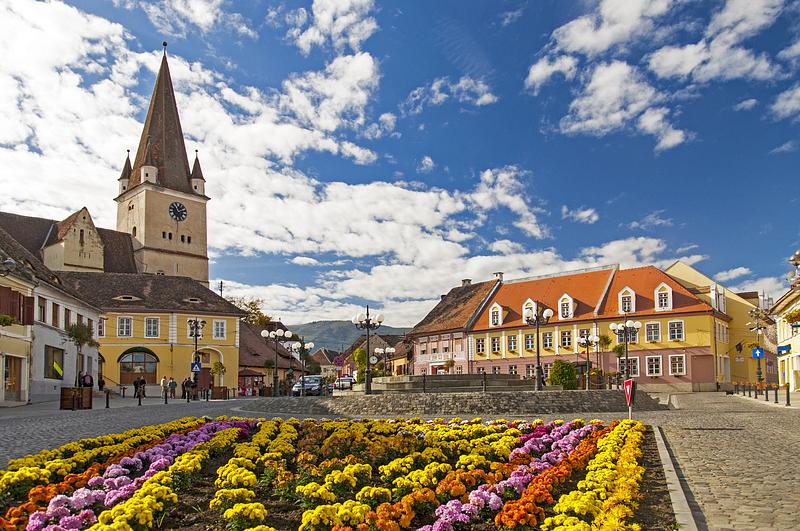 Proximity tourism has become an increasingly attractive choice as the coronavirus pandemic restrictions have not been fully lifted, and many travelers are still cautious. We outline below some suggestions for one-day trips out of various cities in the country to serve as inspiration for a holiday in Romania this year.

With its well preserved historic center, interesting museums, and great food, Sibiu is a must-see destination year-round. Those who want to explore a bit the surroundings have a wealth of options for day trips.

Some 32 km west of Sibiu is the mountain resort of Păltiniş, a well-known ski destination but also a good spot for a walk in the Iezerele Cindrelului reservation, where visitors can enjoy walks in the area or visit the glacial lakes located here. In Păltiniş, tourists can also visit the Hermitage built in the 1920s and the memorial house of Romanian philosopher Constantin Noica. Also nearby is the adventure park Arka Park, offering both outdoor and indoor activities.

How to get to Păltiniş: A car route is available on Google Maps here. Bus 22 connects Sibiu to Păltiniş daily. More details here.

Mediaș, located about a one-hour drive north of Sibiu, is one of the lesser-known destinations in the area but definitely worth exploring. With its history of more than 750 years, it has a wealth of architectural styles and monuments to show visitors, including the St. Margaret's Church, the Franciscan Monastery, or the town's medieval towers. Mediaș is located in the Târnavelor Valley region, a landmark wine-making area, so stopping here is also an opportunity to sample the local wines. More on what to see in Mediaș here.

How to get to Mediaș: A car route is available on Google Maps here. Regional trains operated by the state-owned CFR Călători connect Sibiu to Mediaș several times a day. Tickets cannot be purchased online on this route.

Twelve kilometres south of Sibiu, tourists can find the quiet town of Cisnădie (opening photo), sitting at the foothills of Cindrel Mountains, in picturesque surroundings. The top attraction is the fortified evangelical church in downtown Cisnădie, a late Gothic edifice built on the grounds of a 14th-century Romanesque basilica. The town, a well-known textile manufacturing center, also has a Museum of Textile Industry, with exhibits such flags of the weavers' guild, machines used to process wool, or a weaving loom. Cisnădie also administers the village of Cisnădioara, 2 km on its west. The village has its share of historical monuments, including a peasant fortress. The area is also perfect for bike tours.

How to get to Cisnădie: A car route is available on Google Maps here. Operator Transmixt runs daily buses between Sibiu and Cisnădie. More details here.

The city of Cluj-Napoca, with its beautiful parks, Eastern Europe's coolest café culture, and one of the best art bars in Europe, is an excellent base to explore beautiful nature sites or rural destinations.

Turda Salt Mine, 35 km south of Cluj-Napoca, is a must-see in the area. The salt mine opened in the 17th century and was from its very beginning one of the most important in Transylvania. It was used as a bomb shelter during World War II, and as storage space after the end of the war. It was turned into a theme park after 1992, and today features a Ferris wheel, a mini-golf course, a bowling alley, an amphitheater, sports fields, and ping pong tables.

How to get to Turda Salt Mine: A car route is available on Google Maps here. Daily buses, listed here, connect Cluj-Napoca to the town of Turda. From there, bus line 17 takes visitors to the nearby salt mine.

Further south from Turda, about a one-hour drive from Cluj-Napoca, is the village of Rimetea, which received in 1999 the European Commission's Europa Nostra award for the conservation of cultural heritage. More than 100 traditional Szekely houses have been refurbished in the village, a site to see on a day trip. The beautiful natural surroundings are also worth exploring.

How to get to Rimetea: A car route is available on Google Maps here.

Brașov is most often the base for those who want to reach the ski domain in Poiana Brașov, but there are many other options for one-day trips.

A town to visit without the worry of it being overcrowded is Făgăraș, where the top tourist attraction is the medieval citadel, set to undergo a two-year refurbishment process. Those who venture to the old part of Făgăraș can see many examples of Saxon-influenced architecture. Some of its other tourist attractions are the Evangelical Church, the Holy Trinity Church, and the Franciscan Church. More on what to see in Făgăraș here.

How to get to Făgăraș: A car route is available on Google Maps here. Several daily trains operated by CFR Călători link Brașov to Făgăraș.

Twenty kilometres south of Brașov is Râșnov, home to the beautiful peasant citadel of Râșnov. The well-preserved citadel offers some spectacular views of the town, and, during the summer, it hosts several festivals, including the Râșnov Histories and Film Festival. More on the Râșnov citadel here. West of Râșnov, some 14 kilometres away, is the town of Zărnești, the starting point for tourists and hikers wishing to explore Piatra Craiului National Park, and the home of the Libearty Bear Sanctuary.

How to get to Râșnov: A car route is available on Google Maps here. Private train operator Regio Călători has several daily connections between Brașov and Râșnov, and between Râșnov and Zărnești.

In northeastern Romania, Iași, a university city and emerging IT hub, can be the departure point to explore some of the sites in the region of Moldavia.

History buffs can travel to Cucuteni, the site where some of the country's most important archaeological discoveries were made in the late 19th century, belonging to the Cucuteni–Trypillia culture, a Neolithic–Eneolithic archaeological culture. In Cucuteni, visitors will find various traces of the site's ancient history, hosted at the local Archeology Museum: Cucuteni ceramics remains of the Geto-Dacian settlement that followed and much more.

How to get to Cucuteni: A car route is available on Google Maps here.

Very close to Iași, the Ciric forest and nearby lakes can be a great option for those who enjoy outdoor activities. Visitors will find bike lanes, sports fields, picnic areas, and the opportunity to rent boats. The southernmost lake on the river Ciric is Veneția, where there is also a small beach, and areas for birdwatching have been set up.

How to get to Ciric: A car route is available on Google Maps here. Bus lines 48 and 49 connect Iași and Ciric during the warm season.

Romania's capital Bucharest is well-positioned to offer connections to many tourist sites, closer or farther away, but all within reach of a one-day trip.

The two best-known sites nearby are Comana and Mogoșoaia. Comana draws tourists with its Nature Park, a biodiversity-rich area, and home to the Comana Pond, which accommodates over 100 species of birds and fish. It also covers a reservation of Romanian peony (Paeonia peregrina). Also in Comana is the Village of Crafts (Satul meșteșugurilor), where visitors can learn traditional crafts.

How to get to Comana: A car route is available on Google Maps here. The Bucharest Transport Company (STB) organizes tourist lines to Comana, provided at least 20 travelers show interest. Details here and at phone number 021 9391.

In its turn, Mogoșoaia makes for the perfect picnic destination. Visitors can enjoy the beautiful park of the Mogoșoaia Palace, built according to the Brâncovenesc style, also known as the Romanian Renaissance. Boat rides on the nearby lake are also available.

More suggestions for one-day trips out of Bucharest here.

*Some of the sites can have an altered schedule because of the coronavirus restrictions.