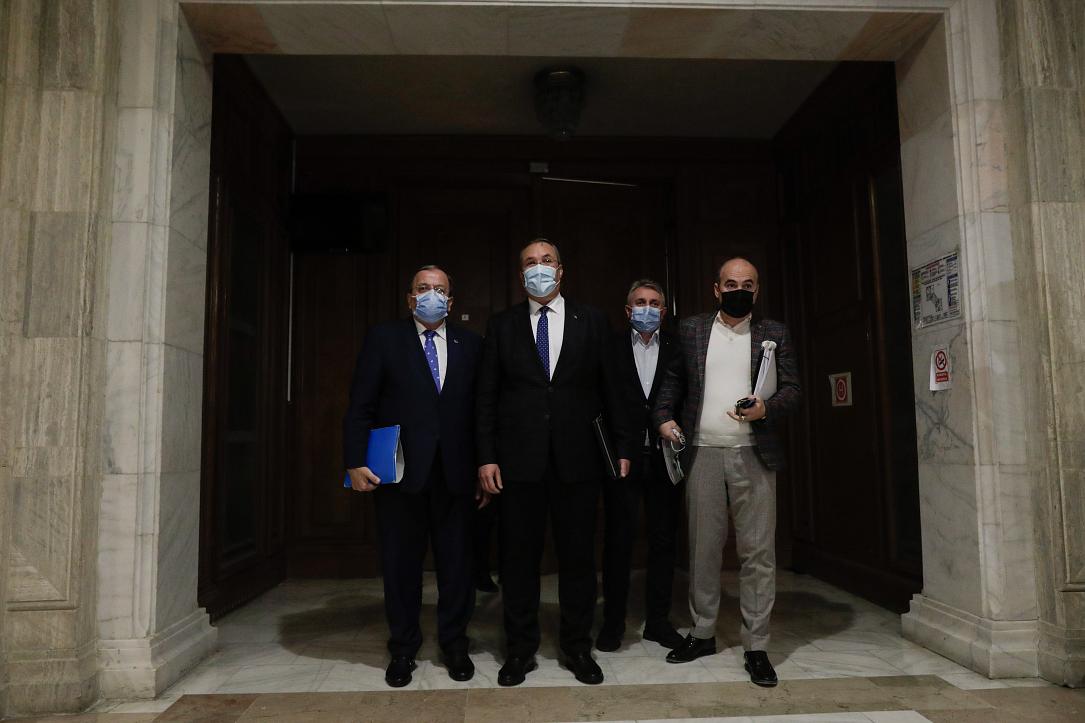 After intense negotiations during the weekend, the Social Democrats, Liberals and ethnic Hungarians (UDMR) have reportedly shared in principle all the ministries and other key positions in the would-be new Government - but decided to come up with a joint prime minister candidate only in the morning of Monday (November 22), just before the consultations with President Klaus Iohannis.

Social Democrat leader Marcel Ciolacu had promised to have a full-fledged and functioning Government by Thursday (November 25) - before a prolonged holiday in the public sector that may last five days (November 27 to December 10.

In July 2023 - assuming that the would-be coalition will still exist at that time - the prime minister seat is supposed to be shifted from one party of the ruling coalition to the other (UDMR does not have its own candidate).

Social Democrat leader Marcel Ciolacu said that his party would decide whether to accept ceding the prime minister seat to the Liberals in exchange for some key positions in the Government, according to News.ro.

As a principle, the party appointing the prime minister will not appoint the ministries of finance, transport and the head of the Government's office (general secretary), according to the agreement announced by Nicolae Ciuca.

This is likely to complicate the budget planning and particularly the coordination with the European Commission that expects a firm fiscal consolidation strategy under the Excessive Deficit Procedure. The Commission expects 6.2%-of-GDP public deficit in 2023 - double the 3% target Romania must meet by 2024.