RO Liberals, Social Democrats agree on all non-essential topics, but not on power-sharing model 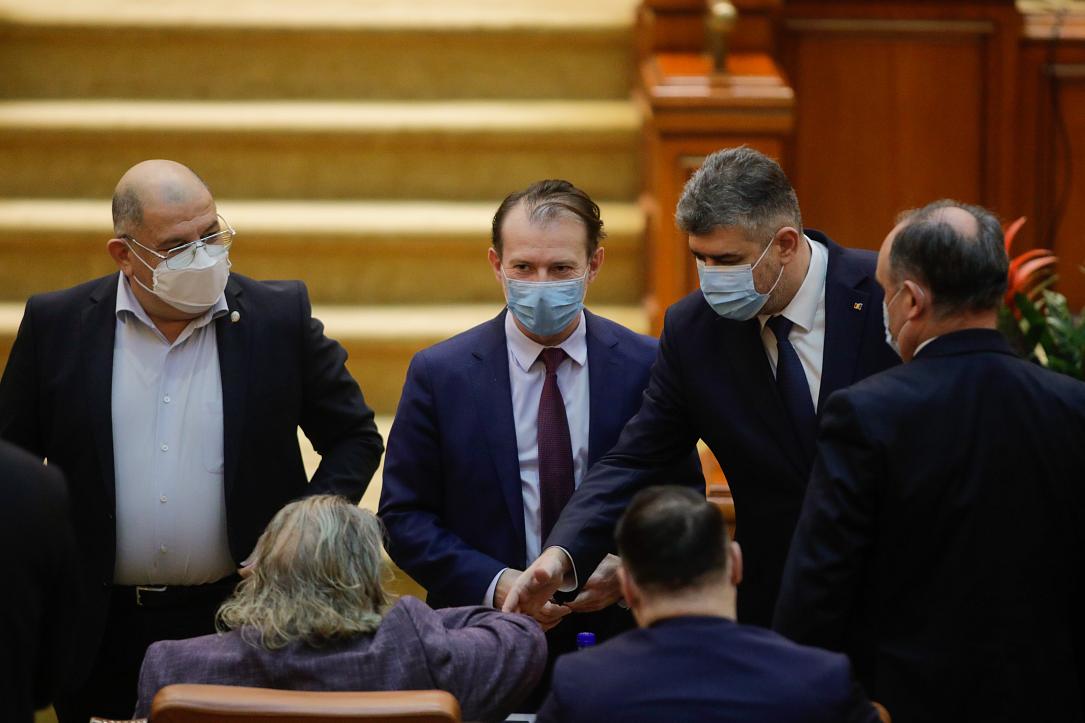 The Liberal Party (PNL) and Social Democratic Party (PSD) claim that they agreed on a common ruling strategy (except for maybe the justice reforms) - and they may be sincere on this - but they are visibly far from a power-sharing agreement.

Furthermore, the consensus reached on key topics such as rising pensions or the minimum wage is so superficial that it may vanish immediately after the would-be cabinet comes into office.

Nevertheless, the crucial topic remains that of power-sharing. Scenarios such as a rotating prime minister ("not tractable" according to sources quoted by News.ro) or a quasi-independent prime minister in the person of Nicolae Ciuca (preferred by president Klaus Iohannis but apparently rejected by all the others) are circulated, but none of them receives sufficient support.

The option of letting PSD take over the position of prime minister in the first instance and Marcel Ciolacu to serve as head of Government - is a scenario reportedly backed by PNL leader Florin Citu (who would take the role of finance minister and deputy PM) but rejected by the other PNL leaders.

Liberal sources disclosed that PNL leaders close to President Klaus Iohannis do not want this option and rule out PSD taking over as prime minister. "The problem must be settled as soon as possible. Under no circumstance can we give up the position of prime minister to the Social Democrats, and Florin Citu will have to accept that he will not be proposed [for prime minister] again," the sources explained.