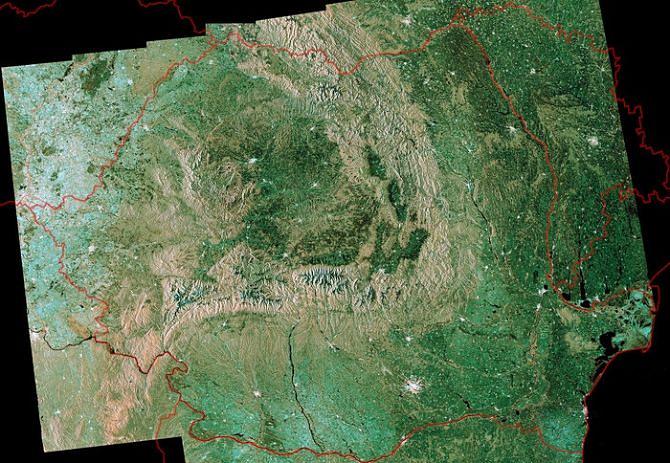 This is an image of Romania published by the European Space Agency (ESA) on its website, on December 5, 2014.

The image is a mosaic of 15 scans made by satellite radars during October and November 2014. The political border was then added (the red line).

The Carpathian mountains sweep down from the north and across the centre of the country. The brightest spot on the map is the capital Bucharest.

Below is an older image, from 2004, which shows most of Romania, but focuses on the Danube and its Delta. 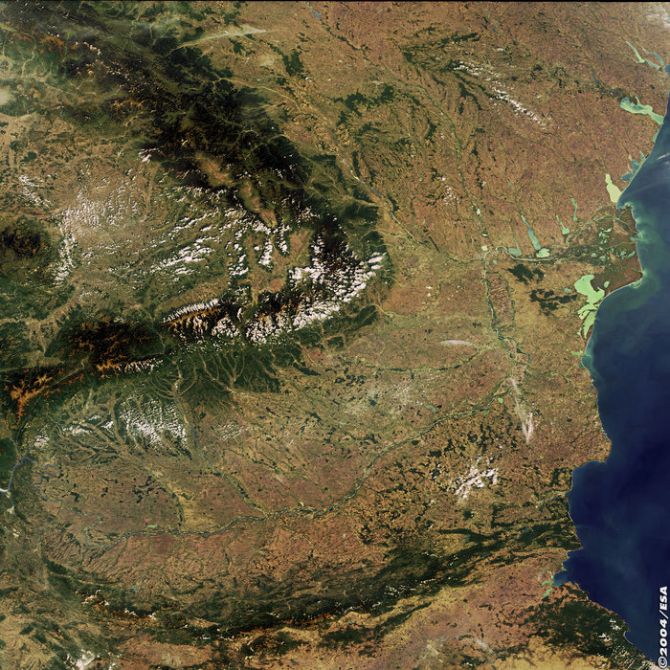