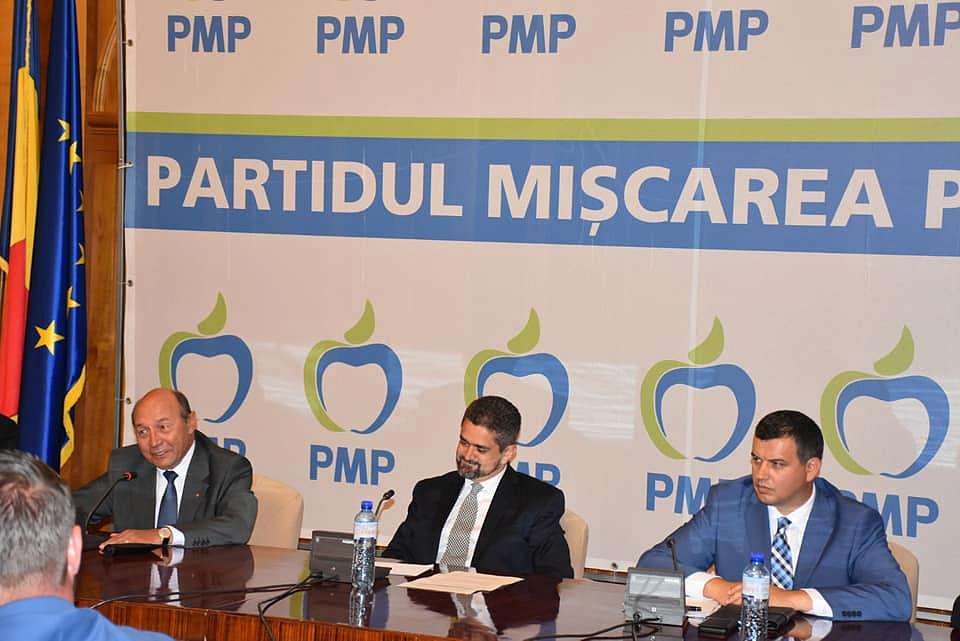 Theodor Paleologu, a former culture minister in the cabinet of Emil Boc, was chosen as the presidential candidate of the People's Movement Party (PMP).

He explained that the candidate choice of the opposition alliance USR-PLUS, namely Dan Barna, prompted him to join race. If the alliance had proposed a better candidate, he would not have hesitated to support him, Mediafax reported. Paleologu (pictured center) also said that he sees Barna in a minister job because he is a “nice guy.”

“Barna convinced me to run. If they had chosen Cioloş, I wouldn’t have run. My life is dedicated to the home, the foundation, the courses. You will ask me what got into me. If USR-PLUS had a better candidate, I would not have hesitated to support him, but this is not the case. I hope Dan Barna will not get upset. I would name him a minister anytime, but a President needs to known the Constitution and have a good international and diplomacy experience. Maybe he will get that, I am willing to help him,” Paleologu said, quoted by Mediafax.

The candidate of PMP, a party established by former president Traian Băsescu, explained he wants to run a campaign that will be “completely new, a huge pedagogical exercise for the entire nation.” There will be pro-bono courses at a national level, he explained, following his conviction that everything begins and ends with education. “Education will be one of my major campaign themes.”

Theodor Paleologu holds undergraduate and master's degrees in Philosophy from the University of Paris 1 Pantheon-Sorbonne, and worked on a doctorate in political sciences at the École des hautes études en sciences sociales of the École normale supérieure in Paris and the Ludwig Maximilian University of Munich. He taught at various universities in the US and Europe before holding ambassador of Romania positions in Denmark and Iceland. In 2013, he started holding private courses on the humanities and diplomacy.