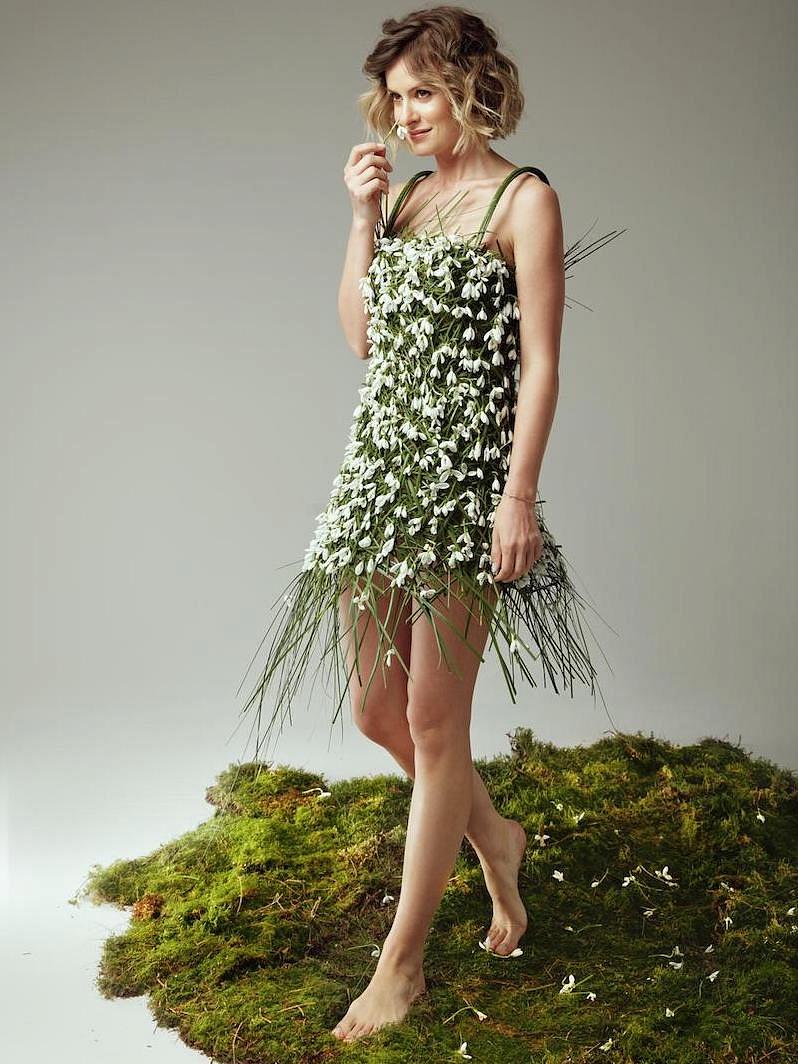 Nicu Bocancea, a top international master florist from Romania, set a new world record for the World's First Dress Made of Snowdrops, according to the World Record Academy.

The dress, created especially for March 8 - International Women's Day, was made of over 5,000 snowdrop flowers. It was worn by the Romanian actress Ioana Blaj.

The special dress was made in two days, in two different stages, Nicu Bocancea explained.

"I first built the support dress from countless threads and resistant elements, which I braided carefully, so that it has the flexibility to be worn and also to allow floral inserts later. I added thousands of snowdrops thread by thread after our very dear actress Ioana Blaj put on the construction. I am grateful to her for her patience, which allowed us to work the manifesto directly on her body. Snowdrop with snowdrop, the fragrant and tender dress took shape after 5-6 hours of intense work with the most fragile but charming exhibits of spring," Bocancea said, quoted in a press release.