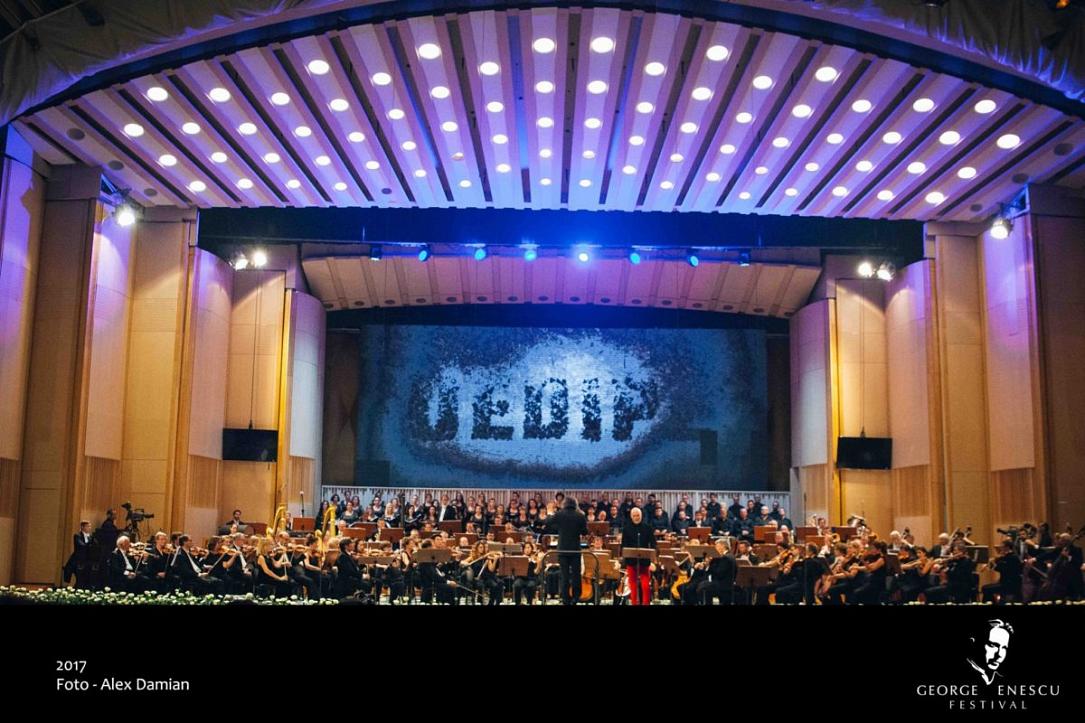 The start of the George Enescu Festival this weekend in Bucharest has reopened the discussion about the construction of a new concert hall in the capital.

Lucian Romascanu, the Culture and National Identity Minister, said the construction of a multifunctional hall is scheduled, as is the refurbishment of the Sala Palatului (Palace Hall). The latter has been hosting concerts part of the Enescu Festival for several editions.

“Indeed, it is the problem of the Romanian Government to build infrastructure, including concert halls. Unfortunately, culture was not considered a priority for several years. I hope this has changed. The budget of the Culture Ministry is already 50% larger than last year’s. We have in our schedule the construction of a multifunctional hall, and of a hall of 2,000 seats. We have almost everything ready to start the refurbishment of Sala Palatului, as part of a beautiful project that will give a new life to this hall,” Romascanu said at the press conference opening the Enescu Festival.

“I don’t want to promise anything. It is of course, the habit of politicians to promise many things, especially once every four years. I want, for the duration of my mandate, to be able to say I laid the foundation stone of at least one of the halls we are talking about,” Romascanu added.

The Culture Minister also said that Sala Palatului should be refurbished within two years, and the surrounding area remodeled.

“If everything goes well, and we are very close to finishing the bureaucratic work, it is very likely that the next Enescu Festival has the Sala Palatului with a refurbished interior. And in two years’ time to have the entire area remodeled, with underground parking and so on. […] But I don’t want to promise anything, it is bad luck. Better to work on things,” the Minister said.

Sala Palatului was built as a congress hall. Some alterations have been made for it to accommodate concerts but it is not considered to have the acoustics of a concert hall.

The need of a new concert hall in Bucharest was mentioned by conductor Vladimir Jurowski as well. Jurowski is the artistic director of the George Enescu Festival, a Principal Conductor of the London Philharmonic Orchestra, and the Chief Conductor and Artistic Director Designate, Rundfunk-Sinfonieorchester Berlin, among others.

“With all due respect for these walls [e.n. the Sala Palatului ones], we need a new hall. Romanians need a new hall, and not only for the Enescu Festival, because the cultural life of Romania doesn’t stop after the end of the Enescu Festival; this takes place once every two years. It is wonderful to have such international attention and such high patronage from the government, but I think it would be very much in the spirit of George Enescu to help Romanian culture come to fruition and have the same amount of glamour outside of the Enescu Festival. And the first step in this direction should be the construction of a new hall,” Jurowski said, also at the press conference opening the classical music festival.

Bucharest could get another hall on the site of the former Esplanada project. The capital’s City Hall said this July it was looking to take ownership of a plot of land in the downtown, Unirii area of Bucharest, to develop a multi-purpose center.

Vlad Alexandrescu, the Culture Minister in the Dacian Ciolos government, said in 2015 that the building of a new concert hall would become a priority of the government.

This year’s edition of the George Enescu Festival has a budget of RON 33 million (EUR 7.2 million) allotted by the Culture Ministry. Private sponsorship and ticket sales add to this.

The festival opened on September 2 with George Enescu’s opera Oedip, performed by the London Philharmonic Orchestra, conducted by Vladimir Jurowski.