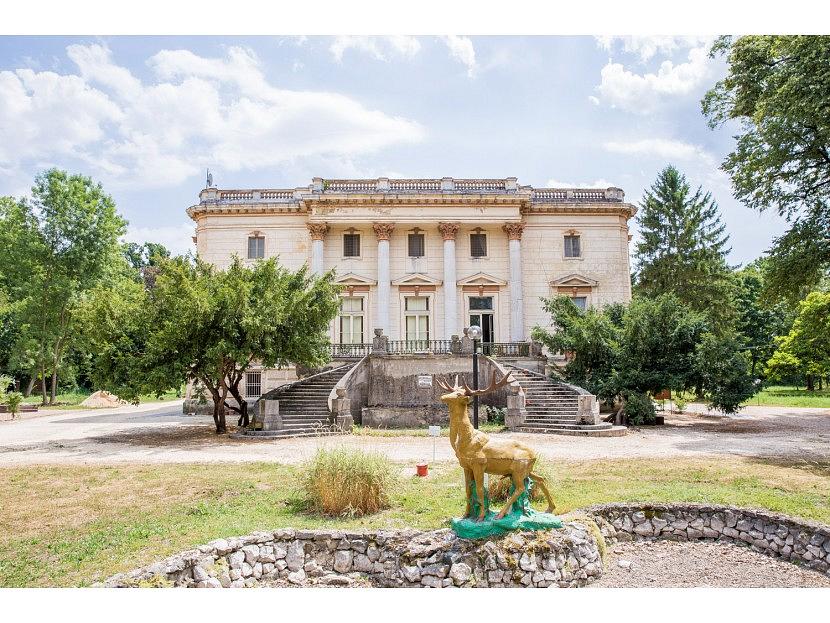 The Mocioni-Teleki ensemble, consisting of the palace and the surrounding domain, is up for sale for EUR 1.1 million, Artmark Historical Estate announced.

The ensemble is located in the village of Căpâlnaş, in western Romania’s Arad county, some 5 km away from the royal castle in Săvârşin and 90 km away from Arad.

The palace was one of the first projects of Viennese architect Otto Wagner and is modeled after the Petit Trianon in Versailles. It was built between 1876 and 1879 and has 24 rooms. It is surrounded by a park and various annex buildings. One of the most important rooms of the palace is the library's hall, which hosted one of the most valuable private libraries of the Austro-Hungarian Empire.

The park is divided into two areas. The first is a Neo-Classical semi-public garden, fitting the architectural style of the palace and hosting rare tree species. A second area, designed in a Romantic style, is private and showcases rich vegetation, winding alleys and a small river. It hosts the funeral monuments of the Teleki family.