UPDATE: Seven Transylvania castles and palaces up for sale 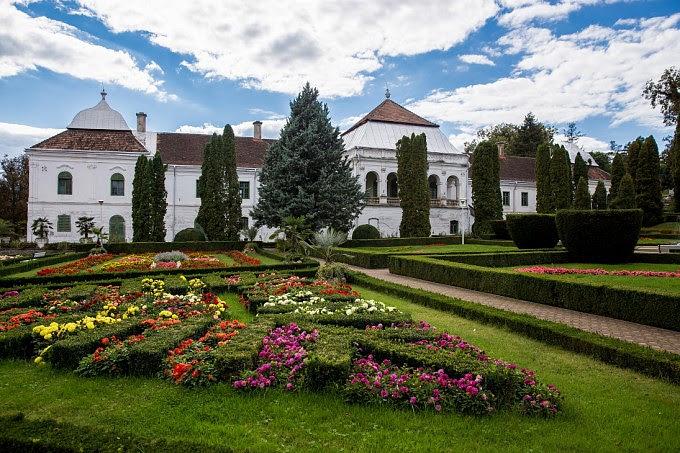 Wealthy local families built many castles and palaces across Transylvania, each with their own stories of their founders’ and the events they hosted. After being nationalized during the time of the Communist regime, they were used for a variety of purposes, ranging from educational facilities to warehouses. Today, some of them are looking for new owners and a fresh start. A selection below. 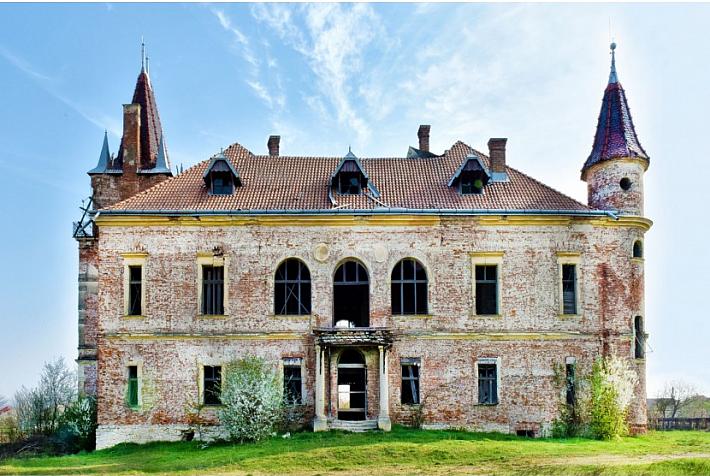 The castle was built towards the end of the 18th century and modernized in the 19th century. The architecture was attributed to Miklós Ybl, a promoter of the neo-Renaissance style, although a clear proof of this is not available. The castle used to host many ball nights, attended by notable Hungarian figures.

After being nationalized in 1949, the castle served as the headquarters of an agricultural cooperative, a cereal warehouse, and a cinema hall. It received historical monument status in 1962.

It is located in the commune of Satulung, in Maramureş, some 17 km away from Baia Mare. The property has a starting price of EUR 275,000.

The castle used to be the summer residence of Ion Gigurtu, a prime minister of Romania during the reign of King Carol II.

A former engineer and pro-German, right wing politician, Gigurtu started his political career in 1912 when he was elected deputy of the People's Party. It was 1940 when King Carol II appointed him prime minister, a position he held until September 4 the same year when he handed it over to General Ion Antonescu. In the period that followed, Gigurtu was arrested and released several times. On the night of May 5-6, 1950, he was arrested and imprisoned at the Sighet penitentiary together with other former dignitaries from the interwar period, but also with his wife. He died on November 24, 1959 at the Ramnicu Sărat Prison, at the age of 73. 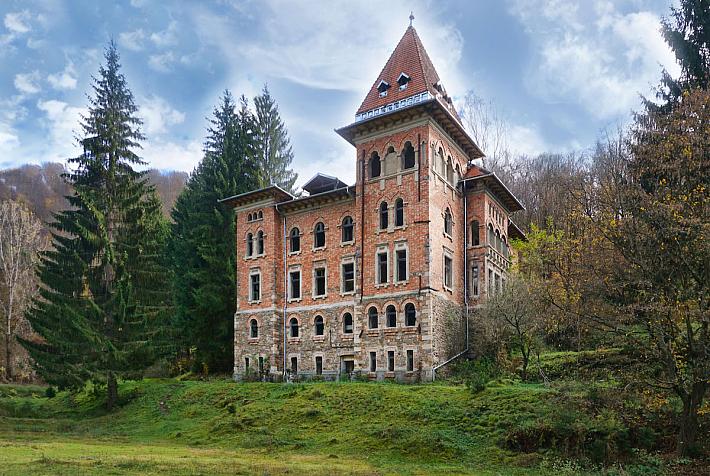 The castle was built between 1936 and 1939, and its architecture fits the Neo-Romanian style. It stands on a plot of land of 8,800 sqm, with a built surface of 1,358 sqm and 19 rooms. A development project comprising 23 apartments is available with the property’s documentation. In recent years, the building underwent consolidation and rehabilitation works.

In time, the castle was used as a school and as a school camp, and was handed to a military unit during the 1980s. It also served as a film set for Romanian director Sergiu Nicolaescu’s 1986 World War II drama Noi cei din linia întâi (The Last Assault).

This is one of the most beautiful buildings in the western Romania city of Arad, sometimes referred to as Little Vienna for its architectural patrimony. 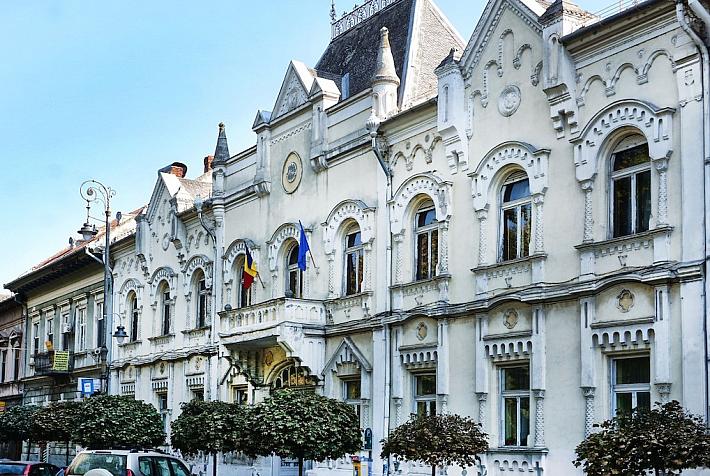 The palace was built between 1880 and 1890 by a family of wealthy merchants from Ghioroc and named after them. The façade was built in a neo-Romanesque style with Baroque elements. The U-shaped building has stucco ornaments, and the elongated sides surround a garden. The doors and windows are made of noble wood while the interior stairs are made of marble.

In 1948, the palace became the Pioneers’ Palace and in 1990 it was turned into the Children’s Palace. The auction house says it could be turned into a hotel.

The property is located in downtown Arad, close to the City Hall. It has a starting price of EUR 2.5 million.

The ensemble in Căpâlnaș is an example of the architectural heritage left in the Banat area by the Mocioni family. 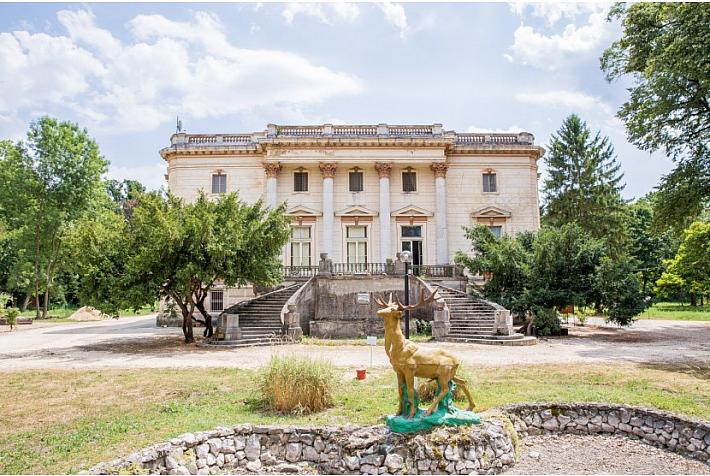 The palace is one of the first projects of Viennese architect Otto Wagner and is modeled after the Petit Trianon in Versailles. It was built between 1876 and 1879 and has 24 rooms. It is surrounded by a beautiful park and served by various annex buildings which make up one of the most remarkable 19th century local ensembles outside of city areas.

The palace is located in the village of Căpâlnaş, Birchiş commune, in Arad county. It is 5 km away from the royal castle in Săvârșin, and 90 km away from Arad. The property has a starting price of EUR 1.1 million.

The castle of General Gyulay Ferencz in Mintia, Hunedoara county

The castle was built during the 17th century by General Gyulay Ferencz, the only child of nobleman Gyulay Ignacz, at a time when his family owned the locality of Mintia. It underwent various changes in time. Several descendants of the Gyulay family lived at the castle until 1908, when the Mintia property was purchased by count Horváth Toldi Rudolf. It was kept in the family until being nationalized. 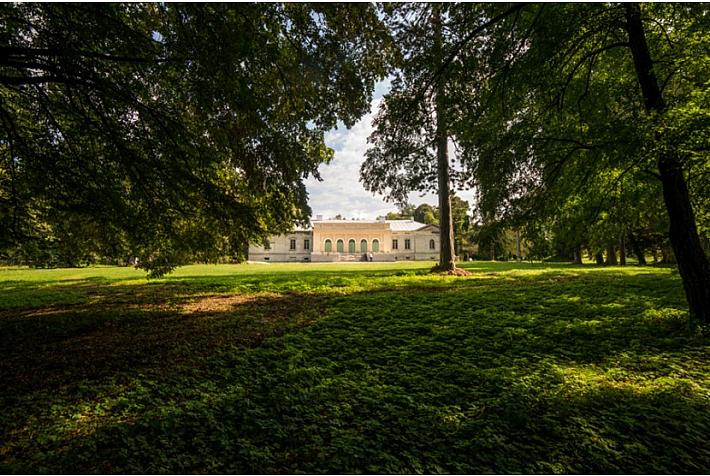 As with other properties that became the property of the State, it was used for various other destinations and, until 1989, it was called The Agronomist’s House. In 2007, the castle was given back to the rightful owner, who started the restoration works.

The castle is surrounded by a park, with rare plant species and secular trees. The ensemble of the castle and the park make up a class-A national historical monument.

The castle is located in the village of Mintia, in Vețel commune, in Hunedoara county. It stands 5 km away from Deva and 140 km away from Timișoara. The property has a starting price of EUR 800,000.

The Wessélenyi Castle in Jibou (also in opening photo) is considered the largest Baroque ensemble in Transylvania.

Its story of the edifice started more than two centuries ago, when Baron Wesselényi Istvan set the administrative center of his vast domains at Jibou. Top constructors, architects and painters of the time, such as Franz Wrabetz, Johann Martin Stock and Franz Neuhauser, worked for nearly a century to build the impressive palace. The result was a building that covers almost 3,500 sqm, with sides of over 80 meters and with pediments specific to this style, similar to those of Banffy Castle in Bonţida. 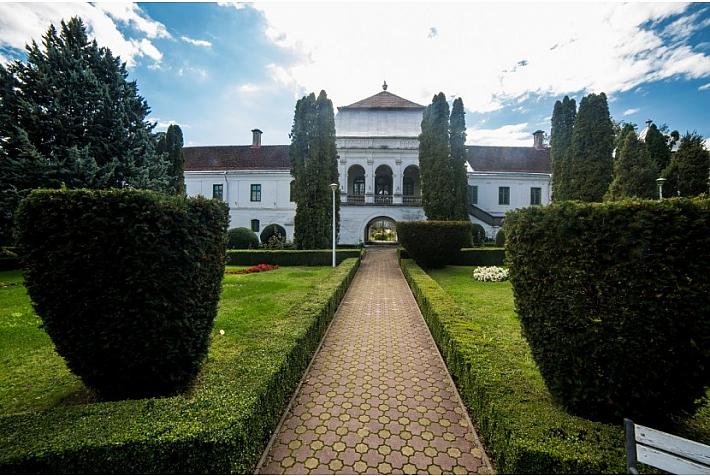 During the time of Baron Wesselényi Miklos II (1796-1850), the palace in Jibou became a cultural and economic center of the Salaj area. The first theatre company of Transylvania staged several performances here, and the domain’s horses became famous in Hungary and in the German states.

The castle is listed as a class-A national historical monument. It is located 87 km away from Cluj-Napoca. The property has a starting price of EUR 900,000.

The castle of count Sámuel Teleki in Dumbrăvioara, Mureş county

UPDATE: This property has been sold, as listed here.

The castle in Dumbrăvioara is one of the most impressive ones left by the Teleki family in Transylvania. The construction of the castle began towards the end of the 18th century, at the initiative of Sámuel Teleki, a chancellor of Transylvania between 1791 and 1822, the founder of the Teleki Library in Târgu Mureș and one of the richest men in the area. The building was finalized in 1912, under the oversight of his nephew, Teleki Samu. 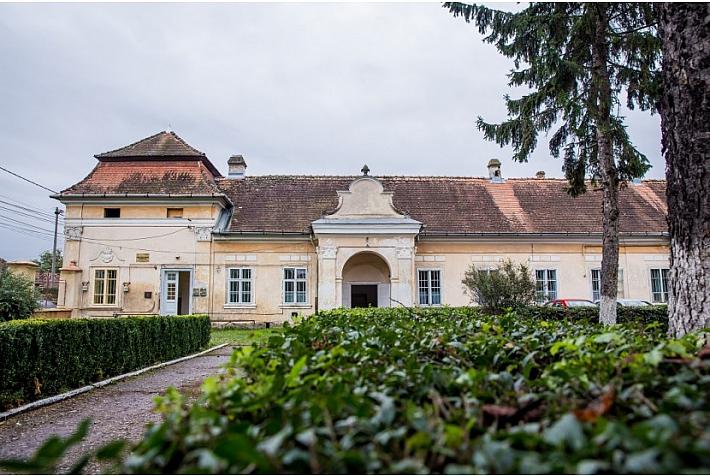 Although the construction started in the Baroque style, today the castle fits the neo-Baroque one. The property was famous for its British-style park, with a pond and horse-riding field, where prestigious guests used to train.

Close to the castle is the Reformed Church of the village, also built by Sámuel Teleki, who is buried there, alongside 15 other members of his family.

The castle is located in the village of Dumbrăvioara, Ernei commune, in Mureş county. It stands 15 km away from Târgu Mureş. The property has a starting price of EUR 650,000.

All info about the properties from artmarkhistoricalestate.ro.

(Photos of the properties by Artmark Historical Estate)