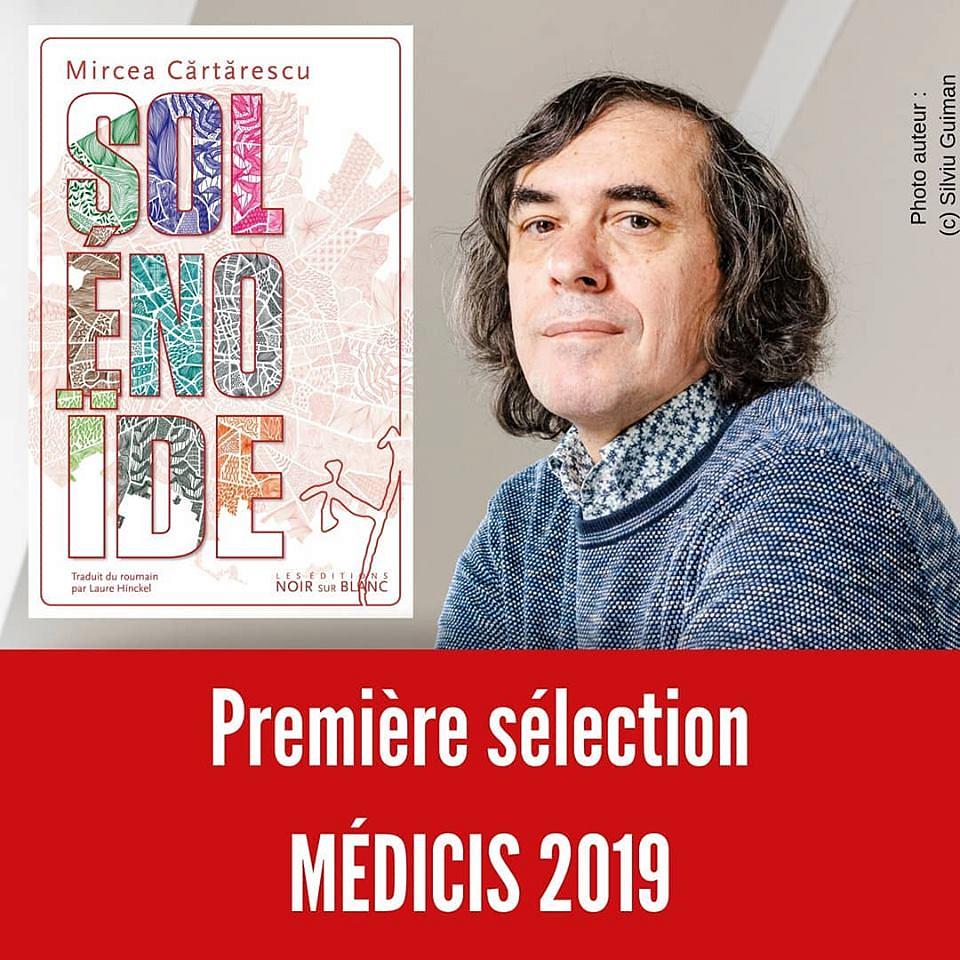 Romanian writer Mircea Cartarescu’s novel Solenoid has been included on the list of 13 novels selected for the Prix Médicis Etranger.

“My newly released French Solenoid has already received a prize, Prix Transfuge, and is now nominated for the best-known Prix Medicis Etranger. Even if I will not get the prize, the nomination is still better than nothing,” Mircea Cartarescu said on his Facebook page.

A second selection will take place on September 30, and a third selection on October 29, local News.ro reported. The prize will be awarded on November 8.

Prix Médicis, founded in 1958 by Gala Barbisan and Jean-Pierre Giraudoux, is a French literary award given each year in November. Pierre Guyotat’s Idiotie won the Prix Médicis in 2018 while the Prix Médicis Etranger was awarded to Rachel Kushner for the novel The Mars Room.

Born in 1956, Mircea Cartarescu is a poet, novelist, essayist and literary critic. He is also a professor at the Faculty of Letters of the University of Bucharest. His books have been widely translated, and he also won numerous awards, among them the Thomas Mann award, the Formentor de las Letras award, the Haus der Kulturen der Welt award for literature, and the Austria State Prize for European Literature.