Meet the winners of the Romania Insider Awards, the 2018 edition 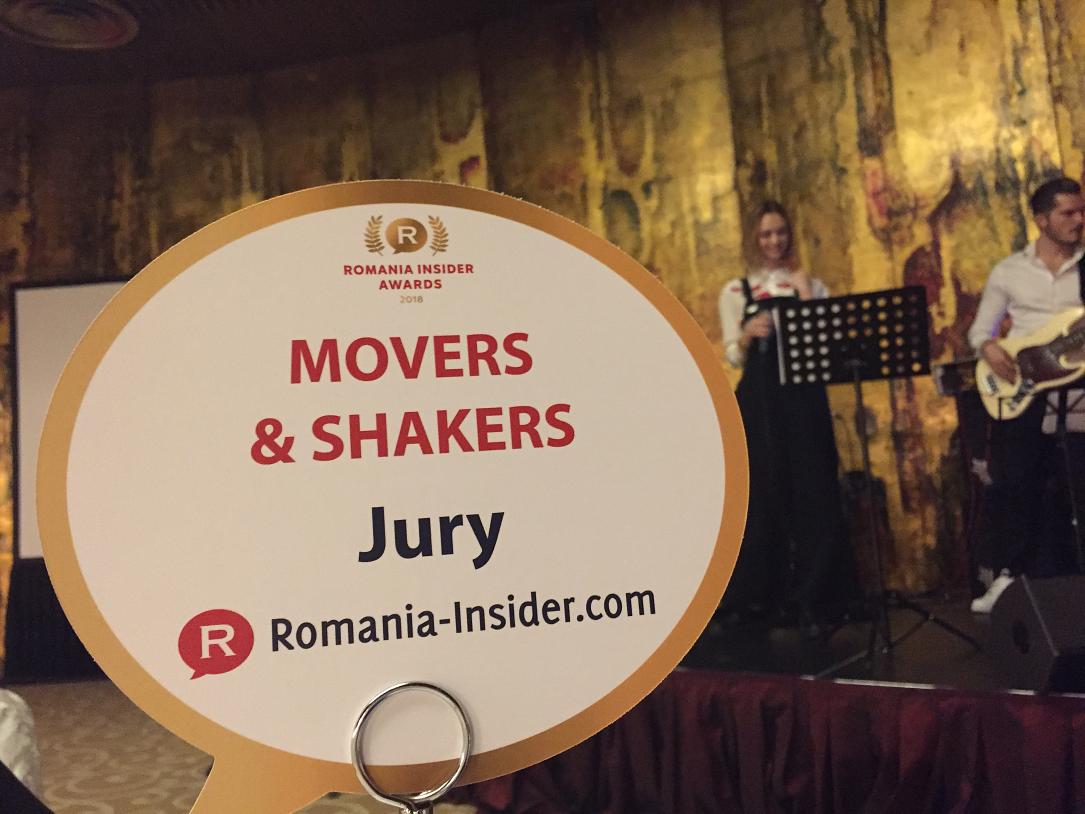 The first edition of one of the most rigorous awards organized in Romania offered 8 jury prizes, 7 public prizes and a prize from the young generation of professionals under 30. The selection process had two stages: first, the Board of Advisors reviewed over 90 nominations in seven categories, and the top 3 ranked in each category moved to the Jury vote. The top half ranked nominees in each category also went to the public vote, which happened online.

The Jury prizes went to:

-      The trophy for Best Innovation Award powered by Bayer, handed over by Mr. Catalin Radu, Country Commercial Lead Pharmaceutical Division of Bayer Romania, went to XVision- an automated x-ray analysis system built by a team of students from Timisoara. This application uses artificial intelligence to interpret radiographies with the same accuracy as a radiologist.

-      The trophy for the Most Scalable Social Responsibility Project powered by Janssen Romania was handed over by Ms. Ioana Nainer, Patients Engagement & Advocacy & CSR Lead with Janssen Romania. The winning project was the Generations Community Centers created by the Fundatia Principesa Margareta a Romaniei. These centers bring together the elderly with children from modest-income homes in former after-school centers.

-      The trophy for Best Promotion for Romania Abroad Award powered by One United Properties went to Wild Carpathia & Flavours of Romania Series. This series covers Romania’s natural beauties, its people, its culinary richness. Mr. Charlie Ottley, the host and co-producer of these series, has received the trophy from Ms. Beatrice Dumitrascu, VP residential Sales with One United Properties. A second Jury Award in this category went to Ms. Simona Halep, Romania’s top-ranked tennis player of all times.

-      The Best Start-up award powered by Banca Transilvania was handed over by Mr. Dragos Ungureanu,  Deputy Director for Small and Medium Enterprises with Banca Transilvania. The trophy went to Pago, the mobile app used for paying all utility bills in one place.

-      The trophy for the Employer of the Year Award powered by UpRomania was given to Michelin Romania, which runs three factory and a shared business center in Romania. The company has 3,900 employees, a third of whom are women. Mrs. Elena Pap, the general manager of UpRomania, handed over the trophy to Michelin Romania.

The Young Generation’s Award for Contribution to Romanian Society, powered by CRH Romania, is a first in Romania: only young professionals under 30 have been asked to nominate noteworthy people and projects. They were also the ones who voted for this award. The winner was Mr. Vlad Voiculescu, co-founder of MagiCAMP NGO. He is also well known for having created the Citostatics Networks, which brought cancer medicine from abroad and distributed it to patients in Romania. He is also a former Health Ministry and a co-founder of the Romania Impreuna political party. A MagiCAMP representative received the trophy from Mr. Gustavo Navarro, Managing Director of CRH Romania.