Meet our team! A decade of Romania Insider & our new membership program 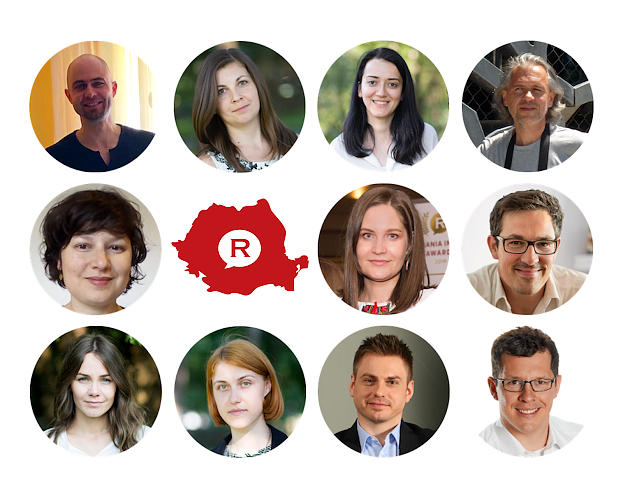 With a small yet passionate team of media seniors, Romania Insider celebrates ten years of activity in 2020. Time has come for our readers to meet our team!

If you want to interact directly with us in our private Facebook group or to support our independent media activity, you can now become a Romania Insider community member - check our options here.

Content is king. Journalism has always been the backbone of our activity, and the quality content we've been publishing brought millions of readers from all over the world who keep returning to Romania Insider.

Meet the team of journalists who make sure you get your essential stories from Romania day in and day out.

Andrei, our editor in chief, joined our team in 2014, after a ten-year tenure at Ziarul Financiar, the leading financial newspaper in Romania. Andrei has a background in finance and economic studies at the Bucharest Academy of Economic Studies and a keen eye for the capital market, which he followed closely during most of his journalism career spanning over 16 years. Andrei likes to be up to speed with everything relevant in business, politics, and life in Romania. He coordinates our team of journalists and edits stories for our site and our newsletters.

Andrei currently lives in the countryside in his home village in Northern Romania, where he built their own house, after having lived over 13 years in capital Bucharest. In his free time, he studies horticulture at the University of Agricultural Sciences and Veterinary Medicine in Iasi and tends to his family's garden. He enjoys foraging in the woods and long walks on the hills and valleys around his village.

Irina, one of our senior editors, is our longest-serving colleague, after the co-founders of Romania Insider. She joined the team in the project's early days in 2011 and still enjoys keeping readers informed every day. Irina reports on various topics, from business, politics, society, travel, and leisure. She splits her time between her hometown Sinaia and Bucharest. Born and raised in a mountain town, Irina loves spending time in nature, as well as to read, write, listen to music, travel and teaching her dog new tricks. She enjoys listening to other people's stories, so she usually discovers exciting stories. 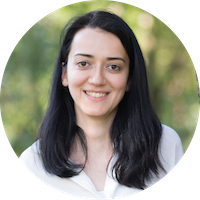 Simona joined us in 2015 and dedicated her time initially to our travel guide in English. She later joined our online news & features team. Simona is a senior editor with 17 years of experience. She holds a BA in Romanian and English and an MA in American Studies from the University of Bucharest.

Simona divides her time between her hometown Ploiești and Bucharest. While in Ploiești, she enjoys spending time with her family and taking long walks with the family dog. Going through an ever-expanding reading list and traveling, now replaced by travel literature and documentaries, are some of her favorite activities.

Iulian is our senior editor in charge of our reviewing the latest developments for our premium newsletters on business, politics, and society daily and weekly. He joined our team in 2018, and since recently, he's been exploring coding and data analysis for business and economics. Iulian studied physics at the University of Bucharest and economics at Charles University in Prague and Central European University in Budapest, as well as business administration at the Bucharest Academy of Economic Studies.

Ioana has been a columnist on Romania Insider since its early days. When she is not writing our film review column, she works for international film festivals and likes to travel a lot. Ioana holds an MA in English, German, and film studies in Romania and Germany.
A natural people's person, film enthusiast, Balkans, and Berlin addict, she is happy to combine these passions in any way possible.

Our co-founder and managing partner, Corina, bridges the gap between our editorial and commercial teams, which work separately from each other: one of the keys to our balanced, non-biased content.

Corina started Romania Insider in 2010, making a move from business journalist to media entrepreneur. She studied journalism and has over 15 years of experience in the media, first as a journalist and then as a media owner and manager. Currently based in a village in Northern Romania, Corina oversees the media company's projects and activities together with her co-founder, always with a focus on abiding by ethical standards in content and in business. She is one of the company's three shareholders and also acts as a community manager. She enjoys life in the countryside, photography, gardening, reading, studying psychology, and spending time with her family and their seven dogs.

Our sales, marketing & administrative team - we like to call it commercial team- has always ensured that our activity is sustainable, well - structured and that we do business ethically and kindly. Here's the team that makes sure content can always be king at Romania Insider.

Volker is the co-founder of Romania Insider, having joined the project just months after its launch. Since the early days, he has had a decisive contribution to building the media company together with his co-founder and our team. Volker is our business developer and enjoys finding new ways to bring income sources that allow us to pursue our values and provide content, free from political and financial bias. He holds a MA in Public Policy and Management from Konstanz University and has lived in Mexico, the US, Spain, Italy, and Romania. Volker is also a cross-cultural consultant and virtual coach through his company City Compass Intercultural Consulting. He also introduced the project Printka.com to Romania. Volker is keen on exploring business and life opportunities with a clear view from the beginning. He enjoys his work and aims to make the people involved in his businesses happy and satisfied.

Irina was our second team member, after the co-founders. She joined our team in 2012 - she was also the second Irina in the team - and ever since, she has worked on various projects, from sales, marketing, design, web development, client management, and web trafficking. Irina is mainly in charge of advertising campaigns management, media partnerships, client communication, digital marketing for Romania Insider projects, and events.

Originally from Suceava in Northern Romania, she graduated from the Romanian – American University in Bucharest with a Batchelor's degree in Marketing. A free spirit and open-minded person, Irina loves nature and outdoor sports, she is a fashion design enthusiast, electronic music lover, and always in search of persons and things that inspire her.

Ruxandra has been with Romania Insider since 2014, and she currently oversees the financial, administrative, and legal activities. Ruxandra is originally from Bacau in North-Eastern Romania and moved to Bucharest to study international relations and minorities' rights. Since working with Romania Insider, she has heightened her interest in the legal and fiscal systems and is getting her Bachelor's degree in law.

Ruxandra is also the proud hooman of three former stray cats for whom she is consistently trying to make toys and beds, only to be ignored in favor of bottle caps and cardboard boxes, respectively.

Grég joined the Romania Insider team in 2017 as a shareholder and business adviser. Grég has been a serial entrepreneur since 2007 when he started launching fast-growing startups in Europe. His most significant venture is TELUS International Europe, where he is currently Vice-President Business of Development Europe at TELUS International. He is also a hyperactive business angel. He has investments in media (Romania Insider, Gault Millau Romania, le Petit Journal de Bucarest), cryptocurrency exchanges (Bitcoin Romania and BTR Exchange), co-working spaces (Puzl and NOD Makerspace, real estate and smartphone refurbishment (fenix.eco). He co-founded La French Tech in Romania, and he is the President of this association.

Grég is a supporter of several NGOs in Romania, primarily HOSPICE Casa Sperantei, which takes care of patients with life-limiting conditions and rare illnesses. Grég earned a Master D2A from Sorbonne University, an MBA from the ESG Group, and his INSEEC from Lyon Business School. Grég thinks growth must come with progress. Profits with purpose. He believes in Tech for Good - a better tech for a better world!

After his bachelor's degree in Media and Information Studies, Frank gained first experience in advertising in the digital industry. After finishing his master's degree in Computer Science and Media, he continued working for United Internet in the role of an advertising specialist, managing digital marketing campaigns all over the web. In 2014 Frank started to assist Romania Insider in ad serving as Programmatic Advertising Consultant and still keeps bringing ad revenues to the next level together with the rest of the team.

To support our team and our work, become a member today.