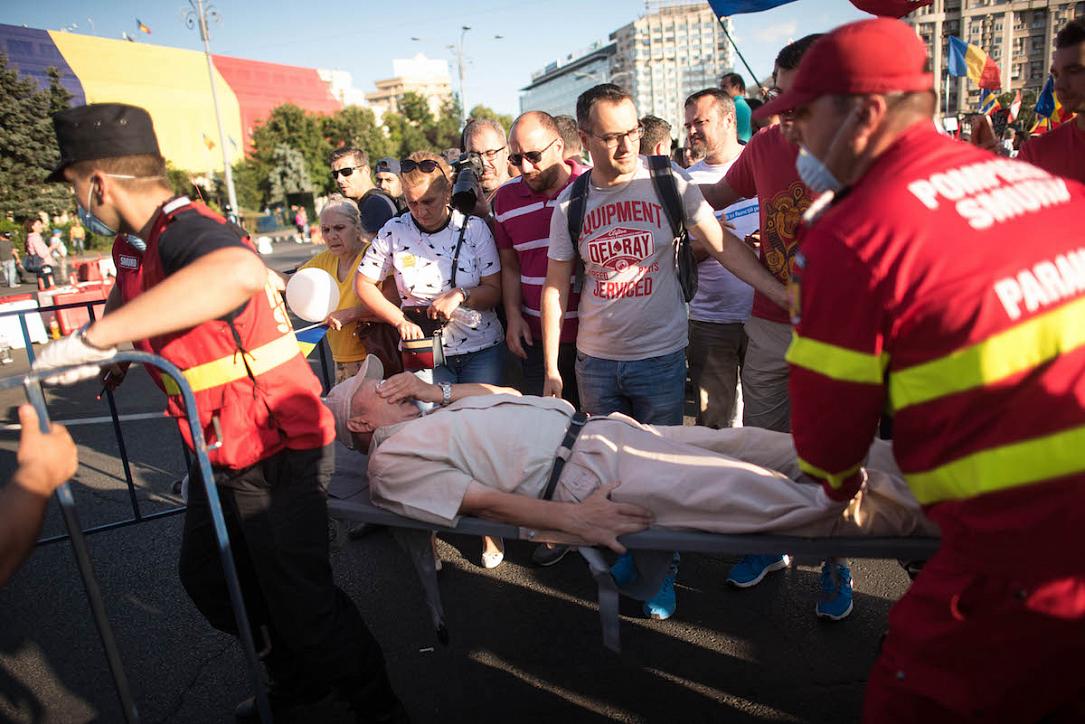 A 62-year old man who reportedly got sick during the August 10 protest in Bucharest’s Victoriei Square after the riot police sprayed the protesters with tear gas died nine days later, Mediafax repots.

The man went to the hospital in Turnu Magurele on Sunday, August 19, because he was feeling very sick. He was vomiting blood and was sent to the county hospital in Alexandria, where he was admitted at the intensive care unit. Despite the doctors’ efforts to save him, the man died on Sunday night.

The hospital notified the Police to investigate the man’s death as he was known to be one of the protesters who got sick during the August 10 incidents in Bucharest. The investigators ordered a necropsy to find the exact cause of the man’s death.

Local sources told Mediafax that the man got sick after inhaling tear gas sprayed by the riot police against protesters in Victoriei Square. He had nasal and mouth bleeding on that day and afterwards his state got worse by the day.

Several hundred people were reportedly hurt or sick after the incidents in Victoriei Square on August 10, when the riot police brutally intervened against the protesters. More than 250 people filed criminal complaints against the authorities after being beaten or gassed by the gendarmes.

Meanwhile, the Gendarmerie and the Interior Ministry claimed the intervention was legal and justified by the high number of violent protesters. A report presented on Sunday by interior minister Carmen Dan speaks of hundreds of violent protesters who attacked the law enforcement forces.

The Gendarmerie also called the journalists on Monday morning, August 20, to present them the equipment and substances used during the protest, emphasizing that these were non-lethal.